It is time to act, we stand behind Poland’s climate presidency

Comment: World must move ‘better, faster and together’, writes the president of the Cop22 Marrakech talks, as countries arrive for a crucial conference in Katowice 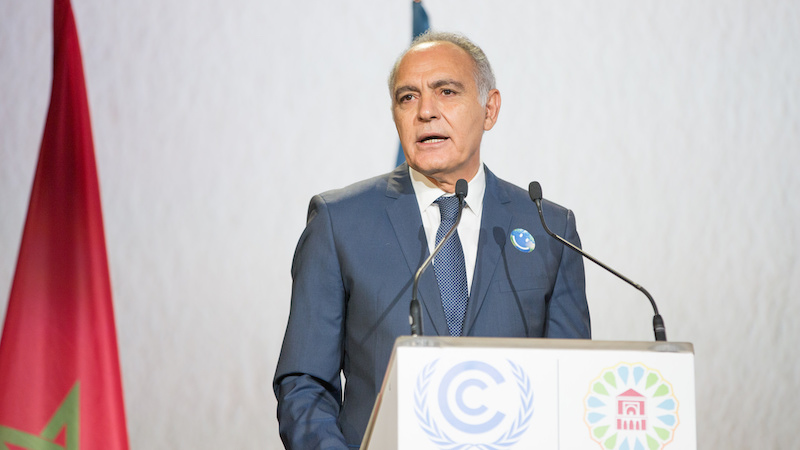 Climate change and its impacts are a daily reality for millions of people around the world.

The United Nations secretary general has clearly indicated, in a speech he gave on climate change in September, that the world is changing in front of our eyes.

These are the findings of a consensus of the international scientific community. The Intergovernmental Panel on Climate Change’s (IPCC) last report recalls, once again, the wide range of these present and future impacts. This report is straightforward: it is still possible to act to achieve limiting the rise in temperature to 1.5C compared to pre-industrial levels, but the identified scenarios require quick and deep transitions within our energy systems, cities, soils, infrastructure and industries.

Increasing the level of ambition is necessary in the extreme as the reality of climate change impacts is tragic and unfair in view of their uneven distribution. Indeed, Global South countries, that have contributed the least to the emergence of this global problem, are the ones suffering from the most serious impacts of climate change.

Moreover, and this is a universal case, it is systematically the most vulnerable communities within each country that are at the forefront of the negative impacts of climate change. We have the moral and economic duty to reject anything that could jeopardize inclusive sustainable development aimed at eradicating poverty and reducing inequality.

It is this urgency that my dear friend, Mr Laurent Fabius, evokes with clarity and lucidity, in a story published a few days ago in France. Mr Fabius also eloquently recalls the fundamental ingredients of the Paris spirit: better, faster and together.

Get daily updates from our team at Cop24 with our newsletter: Sign up

I completely agree with his remarks and the spirit of COP22 is in line with that of COP21. That’s how the Paris Agreement came into force, in Marrakech, and together we decided to go faster by setting 2018 as a the objective to clarify the rules for implementing the Paris Agreement in order to better respond to the urgency of the situation.

Morocco’s Nationally Determined Contribution under the Paris Agreement is regularly ranked among the most ambitious in the world. The cornerstone of this ambition is the vision of His Majesty the King Mohammed VI, may God assist him. This vision cannot be more topical and His Majesty the King has recently asked to raise the goals in terms of renewable energy by 2030, making the strategy even more exemplary in the energy field.

This commitment from Morocco is that of an African country. Africa, the continent that has contributed the least to greenhouse gas emissions and yet is the most vulnerable to the impacts of climate change. In this context, African civil society has a fundamental role to play. It often plays this role with insufficient means, but with an unequalled sense of commitment for the benefit of the community.

In particular, the African private sector must understand and limit risks as well as seize opportunities related to climate action. In Morocco, the General Confederation of Moroccan Businesses (CGEM) that I chair, is fully committed and has concluded partnerships with many employers’ organizations in Africa and around the world. It is obvious that such a commitment is not intended to replace commitments made, especially in the financial sphere, under the Paris Agreement and before.

The legacy we leave for future generations will be evaluated all the sterner as technological, financial and regulatory options exist today and are affordable. It is therefore necessary to realise it is reckless not to act for the climate in a fair and balanced way which considers local constraints and national contexts.

The ball is in our court. The responsibility to act is clearly that of our generation. The time of inaction is over. The cost of this inaction is very high and our human societies cannot bear it. The time for optimized, fast and collective action has come. It is up to us to give it the necessary scale to achieve the Paris Agreement goals and those of the 2030 Agenda of the United Nations.

This is the signal that the Moroccan presidency of Cop22 gave two years ago. The Fiji presidency of Cop23 has been successful in perpetuating and accelerating this momentum last year. In September, the UN Climate Change executive secretary affirmed that we must increase climate action and create an unstoppable momentum towards Cop24. The Polish presidency of Cop24 has our trust to make the crucial meeting of Cop24 a success.

Let us support Poland with ambition in an unstoppable momentum to move resolutely from the world of the possible to that of the concrete.

Salaheddine Mezouar is the president of Cop22 / CMP12 / CMA1, president of the General Confederation of Moroccan Businesses (CGEM).