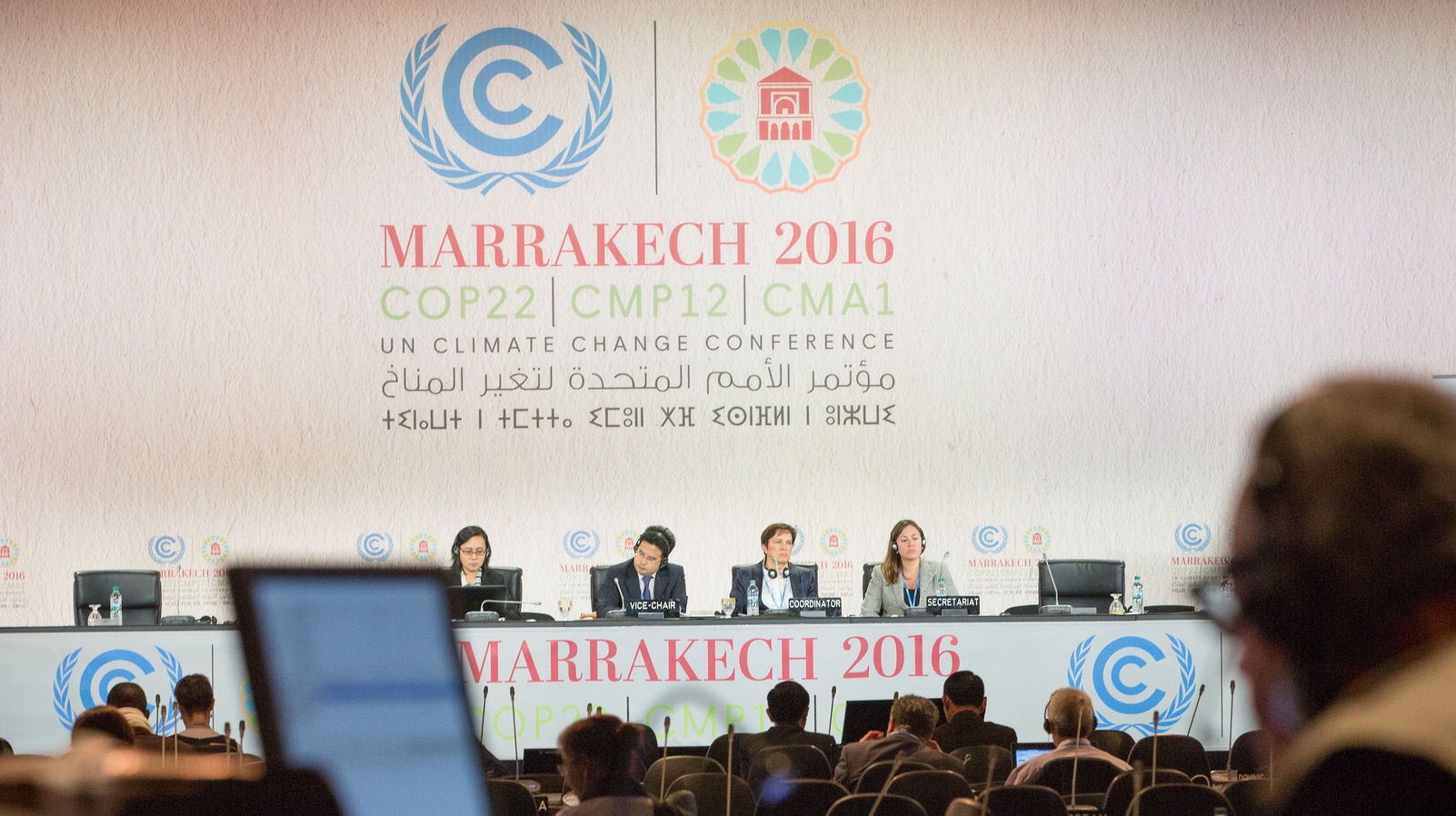 Countries at the COP22 climate summit appear to have agreed on what is being named the ‘Marrakech Action Proclamation‘ (this is one of the final drafts we understand).

It’s not exactly the bold and punchy call to arms many had hoped for, but it does offer a sense that the global community is behind last year’s Paris climate agreement.

Ignore this bit: it’s yet more proof diplomats have no idea what a good lead looks like.

Our climate is warming at an alarming and unprecedented rate and we have an urgent duty to respond.

This is the science bit Donald. The world has warmed nearly 1C since the 1850s. 2016 will be the hottest year on record. That might not seem much but it’s enough to see glaciers melt, deserts expand and rainfall become erratic. Not good for golf courses. Not good at all.

We welcome the Paris Agreement and its rapid entry into force, with its ambitious goals, its inclusive nature, and its principle of common but differentiated responsibility and respective capabilities, in the light of different national circumstances.

A line that keeps developing countries happy and ensures this document does not tread new ground or make new promises.

Indeed, this year, we have seen extraordinary momentum on climate change worldwide, and in many multilateral fora.

Our task now is to rapidly build on that momentum, together, moving forward purposefully to reduce greenhouse gas emissions and to foster adaptation efforts, thereby benefiting and supporting the 2030 Development Agenda and its Sustainable Development Goals.

We’re all this together: and it offers positive net benefits for all.

We call for the highest political commitment to combat climate change, as a matter of urgent priority.

Don’t nix this. By the by, combat does not mean you need to send in the B52s.

We call for strong solidarity with those countries most vulnerable to the impacts of climate change, and underscore the need to support efforts aimed to enhance their adaptive capacity, strengthen resilience and reduce vulnerability.

Nix this and you’re screwing the poor.

We call for urgently raising ambition and strengthening cooperation amongst ourselves to close the gap between current emissions trajectories and the pathway needed to meet the long-term temperature goals of the Paris Agreement.

We call for an increase in the volume, flow and access to finance for climate projects, alongside improved capacity and technology.

We call for all Parties to strengthen and support efforts to eradicate poverty, ensure food security and enhance resilience of agriculture.

We call for further climate action and support, well in advance of 2020, taking into account the specific needs and special circumstances of developing countries, the least developed countries and those particularly vulnerable to the adverse impacts of climate change.

Controversial few pars that all make sense but are likely to make the Donald fearful. He’s not a fan of development aid.

We call on all non-state actors to join us for immediate and ambitious action and mobilization, building on their important achievements, noting the many initiatives and the Global Climate Action itself, launched in Marrakech.

You might not be bothered, but we hope US cities and states are. Incidentally, Marrakech is in Morocco, around 1,784 miles south of your Aberdeenshire golf course. They like golf here too – you should visit.

The transition in our economies required to meet the objectives of the Paris Agreement provides a substantive positive opportunity for increased prosperity and sustainable development.

Donald: this will make you money.

The Marrakech Conference marks an important inflection point in our commitment to bring together the whole international community to tackle one of the greatest challenges of our time.

As we now turn towards implementation and action, we reiterate our resolve to inspire solidarity, hope and opportunity for current and future generations.

Do it for the kids. If you don’t, they may never forgive you.