Comment: On behalf of one billion people on the front lines of climate change, we will be pushing for accountability at UN climate talks in Katowice, Poland 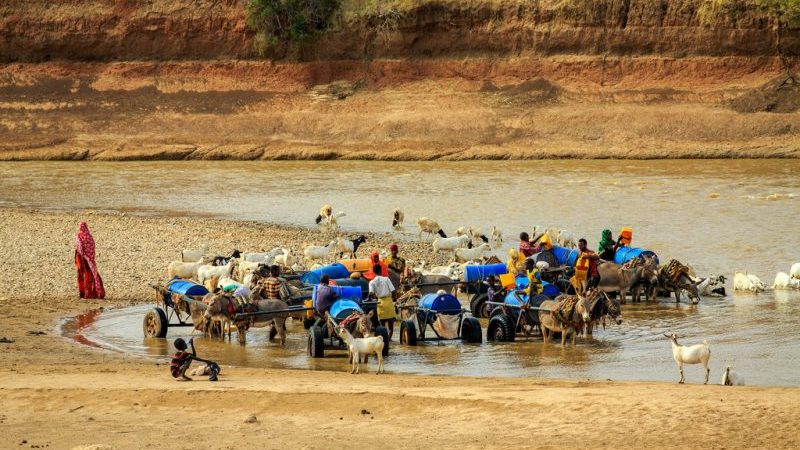 From the shores of the Solomon Islands to the forests of California, there is no place in the world immune from the impacts of climate change. We already see the damage climate change is causing on a daily basis. We know of the hardship to come. We know some will feel it more than others.

I chair the group of the 47 least developed countries (LDCs) at the UN climate negotiations. Our countries’ vulnerabilities to climate change mean we are hurt the most by its effects; floods, droughts and storms stunt our development. The science is clear that these impacts – and more – are only going to increase in intensity and frequency. We are among those who suffer the most from climate change, despite contributing the least to its cause.

An effective set of rules will ensure accountability among countries, pushing each to do their fair share. They will encourage more ambitious action to reduce emissions, strengthen resilience and address loss and damage. And they will ensure that the tools and resources developing countries require to act are made available. As Ambassador Ian Fry from Tuvalu says: “Agreeing on a good set of rules in Katowice will enable greater climate action from all. And we need action.”

We are facing a global emergency; the IPCC report on 1.5C made that clearer than ever.

The report showed that the impacts of climate change, and the loss and damage it causes, will greatly escalate if warming exceeds 1.5C, and it says specifically that LDCs are at a disproportionately higher risk of being affected. The difference between limiting warming to 1.5C compared to 2C of warming is stark: with the latter, several hundred million more people will be exposed to climate-related risks and made susceptible to poverty by 2050, on top of the millions who already are.

The IPCC report does bring some hope. It tells us that limiting warming to 1.5C is still possible, but it will take rapid, far-reaching and unprecedented changes in all aspects of society. The lead coordinator on mitigation, Selamawit Desta from Ethiopia, says it best: “The IPCC report was clear about the scale of action needed, and we are nowhere near it. Even if countries fully carry out their current plans for climate action, we will be on track for warming of more than 3C by the end of the century. Now is the time to respond. We need all countries to commit to greater action against climate change that is consistent with their responsibility for this crisis and their capacity to react.”

But to enable a bold response from all, rich countries must commit to making more finance available for poor countries. Funds are desperately needed to help communities adapt to a changing climate for which they hold little responsibility, address the loss and the damage it causes, and avoid the dirty development pathways of the past.

Climate finance is a critical issue for the LDC Group. The cost for developing countries to pursue their plans to tackle climate change – the same plans that, in their current form, would still lead to more than 3C of warming – is in the trillions. On this, the lead negotiator on finance, Evans Njewa from Malawi, emphasizes that: “Our countries have ambitious plans for addressing climate change, but we lack the resources to make them a reality. There is an urgent need to scale up finance to meet the actual needs of poor countries.”

To tackle climate change, we cannot act alone: we must all go together, or we will not go at all. We need to see governments committing to immediate action to implement transformative change across all sectors. We need to see delivery of promises made.

This is what the LDC Group is going to Katowice for, and the one billion people who we represent on the front lines of climate change will be counting on us to deliver.

The least developed countries group is ready to work with anyone who shares our goal for a climate safe and resilient future that meets the needs and aspirations of all people. The decisions we make in Katowice will have far reaching effects for years to come, hopefully for the better… but that’s up to us. Our planet and our people face a critical moment. It’s time to pull together to build a fairer and more prosperous world for all.