I’m Tory he’s Labour, the UK climate act shows what happens if we work together

Comment: When politicians from opposing sides look for solutions, on the basis of evidence and in the common interest, remarkable things can be achieved 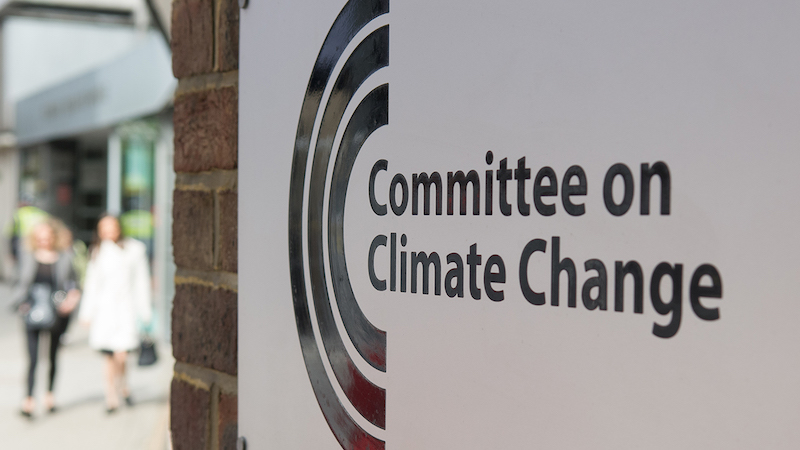 The UK climate act formed the Committee on Climate Change to advise on UK policy (Photo: The CCC)

British politics is going through an unusually turbulent time.

Not just British politics, in fact: from Italy and Turkey to the US and Brazil we see parliaments riven by fundamental differences over values and the direction societies are choosing to take.

All the more reason to recall an event that took place a decade ago, demonstrating that politics can be very different when an issue unites a nation and all political parties act to deliver on the common good.

Ten years ago, the House of Commons passed the Climate Change Act by one of the largest majorities seen in modern times – 483 to three. The scale of that majority reflected a consensus that had emerged in both parliament and the country, where groups as disparate as the Women’s Institute and the CBI gave their blessing to the act.

Despite seeing public and political support wax and wane, at no point since then has any serious momentum developed for a change of course. And indeed, why should it have? Over time every country has come to accept the reality of man-made climate change, and the rationale for restraining it – had that not been the case the Paris Agreement would never have happened. And if a nation is serious about tackling climate change, then an act like the UK’s is a sensible way to go.

As a recent report from the London School of Economics makes clear, the act has helped Britain advance pragmatically towards a clean energy economy. It established an independent adviser, the Committee on Climate Change, which monitors progress. Every five years, drawing on the most up-to-date technological and economic information, the Committee recommends the next interim step along the pathway towards reducing emissions by at least 80% by 2050. How we achieve those reductions is for the government of the day to decide, ensuring that democracy constantly shapes progress.

The overall impact is that we’ve been able to decarbonise in the most economically efficient manner possible. Proof emerges from the statistics. Since 2008, we have reduced our carbon emissions by nearly 30%, during which time our economy has grown by 10% – a figure that would be significantly higher but for the financial crisis triggered by the Northern Rock fiasco.

That is not surprising – business acts most efficiently within a clear political and policy landscape, which is exactly what the Climate Change Act provides. By encouraging British businesses in a low-carbon direction, they become better able to compete globally; one reason why the UK’s ‘green economy’ boasts a growth rate four times faster than that of the economy overall.

One of the claims made by the act’s few opponents in 2008 was that no other country would follow our lead. How wrong that turned out to be! Since then, more than 1,500 climate change laws have been enacted around the world, with some, including those in Sweden, Denmark and Finland, being closely modelled on our own. Indeed, the Swedish and New Zealand governments have explicitly credited the UK act for inspiring their legislation.

The act’s other major impact has been to mark the UK as a global ‘good citizen’. As was evident during the recent Commonwealth Heads of Government meeting, constraining climate change is an absolute priority for the island nations of the Caribbean and Pacific, threatened by rising seas and ever-more violent storms; for the drought-prone states of northern Africa; and for countries in South America and South Asia, where a billion people derive their drinking water from shrinking mountain glaciers. The Climate Change Act is proof positive of Britain’s consistent and long-term commitment to a cause that is, for some nations, utterly existential.

One thing that has advanced since 2008 is climate science. It is now clear that in order to halt climate change, we need to stop adding greenhouse gases to the atmosphere. Reducing emissions is not enough; we have to bring them, globally, to net zero. And to deliver the Paris Agreement, we need to do so as quickly as possible.

The implication is that the act’s 80% target needs strengthening. We welcome, therefore, the government’s announcement that later this year it will seek fresh advice from the Committee on Climate Change. The latest science suggests strongly that the advice should include a recommendation that sets us on a course towards net zero emissions by the middle of the century.

If that sounds like a big challenge, it is worth recalling that, since 1990, we have already cut emissions by 40% while growing our economy by two-thirds. We know how to do this, and it does not cost the earth. Norway, Sweden, France, Iceland, New Zealand, Costa Rica and even tiny Bhutan have already adopted net zero emissions targets, with Sweden establishing theirs in legislation. A UK net zero target would also be a popular move, with two-thirds of Britons expressing a desire to stop contributing to climate change within a generation.

Consensus, consistency, common cause with our friends around the world; the Climate Change Act, ready though it is for renewal and refreshment, has delivered all of these. In troubled times, it stands as a reminder that politicians can achieve remarkable things when we act on the basis of evidence, and in the common interest.

David Terence Puttnam is a Labour member of the UK House of Lords. Oliver Letwin has been the Conservative Party’s MP for West Dorset since 1997.