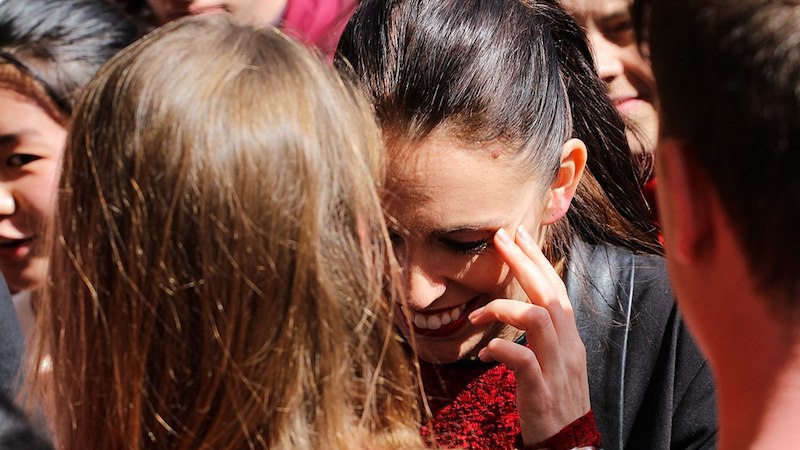 New Zealand’s new prime minister Jacinda Ardern has committed the country to erasing its carbon footprint by the middle of the century.

The Labour leader, who brokered a coalition with the populist right New Zealand First party on Thursday, said on Friday that addressing climate change would be among her top priorities.

Ardern, who becomes the world’s youngest female leader, said: “I do anticipate that we will be a government, as I said during the campaign, that will be absolutely focused on the challenge of climate change.”

She laid out three policy areas that she said Labour had carried through the coalition negotiations with NZ First leader Winston Peters.

The Green party, who will support the coalition in parliament with a confidence and supply agreement, already back the proposed 2050 net zero emissions target.

NZ First did not carry the target as a policy into the election, but earlier this year during a parliamentary debate MP Denis O’Rourke said “I believe that’s the target we should set”. O’Rourke, however, was not reelected at the 23 September election.

The 2050 target would put New Zealand in the vanguard of climate action. Sweden aims for net zero emissions by 2045. Norway has bid to be carbon neutral by 2030. Both nations will rely on offsetting residual emissions by buying international carbon credits and planting trees.

The US, Canada, Mexico, UK, France, Germany and the EU have all committed to deep emissions cuts by the middle of the century, but not net zero.

To achieve the cuts, the New Zealand coalition partners both back the establishment of a UK-style carbon budget system overseen by an independent commission. Earlier this year, John Gummer, chair of the UK’s Committee on Climate Change, visited New Zealand. NZ First press releases suggest he made a deep impression.

Labour will also seek to reform the country’s emissions trading scheme to include agriculture – a move opposed by farmers.

New Zealand’s forestry sector has long been a source of concern for campaigners, who say the government is using creative accounting of its plantations to erase carbon pollution from its national total. It is unclear whether Labour intends to reform this sector.

Greenpeace New Zealand told Climate Home News in a tweet the announcements were “a great start. But we want to see Jacinda Ardern and @nzlabour put an end to deep sea oil exploration”. New Zealand exports $1.05bn worth of oil and gas each year. Norway also has a big hydrocarbon industry, the pollution from which it does not count as its own.

During the campaign Ardern said climate change was a generation-defining issue, akin to the fight to make New Zealand a “nuclear-free” zone during the 1970s and 80s.

“I believe that this will be a government of change,” said Ardern on Friday. “We have found allies in this parliament who wish to join with us in building a fairer New Zealand. A country where our environment is protected.”

Unlike in their larger cross-Tasman neighbour, Australia, politicians in New Zealand are broadly aligned on treating climate change as a priority. During a debate on the issue in September, all parties except National rated it as a 10 out of 10 on importance. The National said it was an 8.5.