10 years of success, but the UK climate change act needs an upgrade

Comment: The pioneering piece of legislation has helped bring emissions down, but the challenges of the Paris Agreement require more ambition from the government 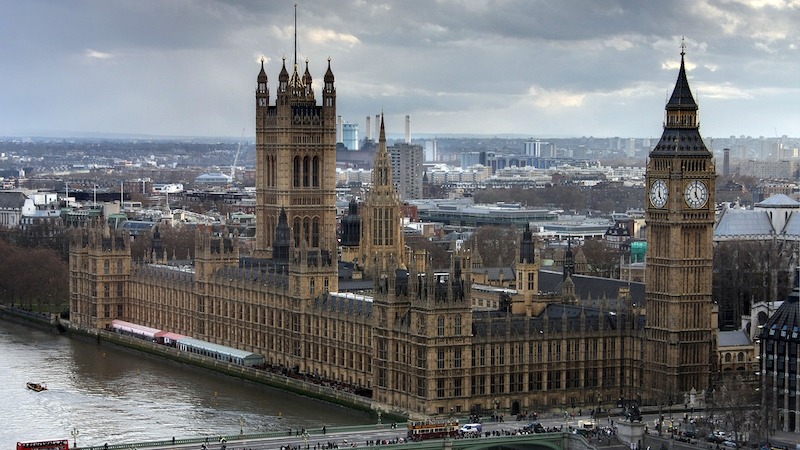 By John Krebs and Joanna Haigh

The UK’s Climate Change Act is a pioneering and far-sighted piece of legislation, ushered in ten years ago by a remarkable cross-party consensus in parliament and clear support across the nation.

As we celebrate its tenth anniversary, it is time to ask, though, whether the central ambition of the act – reducing carbon emissions by at least 80% from 1990 levels by 2050 – is still adequate in light of changing circumstances, or whether it needs strengthening.

Climate scientists are clear that global carbon emissions will have to fall to net zero at some point if the rise in average temperature is to be halted. This is because as long as the concentration of carbon dioxide in the atmosphere continues to increase, the temperature is likely to keep on rising. (“Net zero” means that although there may be a small amount of carbon dioxide being emitted each year to the atmosphere, an equivalent amount will be absorbed and stored.)

The UK government, along with all others, acknowledged this reality by signing up first to the Intergovernmental Panel on Climate Change (IPCC) report in 2014, and then the Paris Agreement in December 2015.

The IPCC said that meeting the 2C target then in place “…would require that global net emissions of CO₂ eventually decrease to zero”. In the Paris Agreement governments committed “…to achieve a balance between anthropogenic emissions by sources and removals by sinks of greenhouse gases in the second half of this century”. In 2016, the UK’s then energy minister, Andrea Leadsom, told parliament: “The government believes that we will need to take the step of enshrining the Paris goal for net zero emissions in UK law.”

Having agreed that a net zero target is necessary, the next question is “when?”

In the Paris Agreement, governments pledged not only to hold global warming to “well below 2C above pre-industrial levels”, but also to attempt to “limit the temperature increase to 1.5C … recognising that this would significantly reduce the risks and impacts of climate change.”

The government’s statutory advisor, the Committee on Climate Change (the CCC, on which one of us used to sit), advises that in order to stand an evens chance of meeting the 1.5C aspiration, global emissions of CO₂ need to fall to net zero by the 2040s. The IPCC is producing a special report this year on the case for limiting warming to 1.5C and pathways for doing so, and is likely to say the same thing.

One of the principles of the UN climate convention is that prosperous nations lead the way. Britain agreed to this back in 1992 and has reaffirmed it many times since. If the science is clear that the global target should be “net zero by 2050”, there is no case for the UK setting a later date – and there is a case for making it earlier.

Nevertheless, adopting a national net zero target is not a trivial matter. Carbon emissions in most sectors of the economy would have to fall to zero. This is largely achievable with current technology, but in sectors such as agriculture and aviation it will be challenging. It will also be necessary to put in place mechanisms to take carbon dioxide from the atmosphere, to make up for the small amount of emissions that will inevitably remain.

There are opportunities as well as challenges. For example, many measures that store carbon in nature, such as restoring peat bogs or planting forests, bring other benefits in terms of landscape, recreation and wildlife.

Sweden, Norway, Iceland, and France have either adopted a net zero target or are considering doing so. The longer the UK delays, the more its claim to be a global leader on climate change is compromised. British leadership has led other countries to introduce legislation modelled on its Climate Change Act, and a decision to set a net-zero target is also likely to stimulate others to do the same.

The UK can justifiably be proud of the Climate Change Act. But it’s time to be more ambitious.

John Krebs is emeritus professor of zoology, University of Oxford and former member of the UK Committee on Climate Change. Joanna Haigh is co-director of the Grantham Institute for Climate Change & Environment, Imperial College London. This article was originally published on The Conversation. Read the original article.