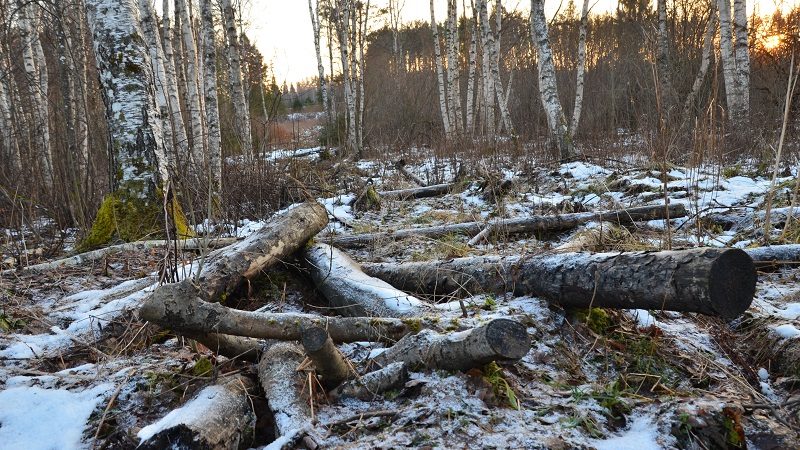 Estonia’s ‘sustainable timber’ could lose its certification over a failure to protect sacred heritage sites, a forestry watchdog has warned.

Thousands of ancient sites are at risk of logging because the government will not pay to have them mapped, according to Tiit Kaasik, board member of the country’s Forest Stewardship Council (FSC).

The sites have already been acknowledged under FSC International’s ‘Controlled Wood’ system and, from March 30, companies will be obliged to reflect this in a new national risk assessment scheme, he said.

“If the Estonian state forest management does not follow its obligations, it should not be allowed to have these FSC certificates,” Kaasik told Climate Home news. “I am prepared to file a complaint against the FSC auditor, NEPCon, if pagan traditions are not respected.”

Until the 1200s, Estonia was a pagan country. Animist spiritual beliefs still guide large sections of the population, who visit and revere ancient burial and sacrificial places for healing, prayer and communion with nature. Polls suggest that belief in a spirit or life force is three times more popular than in “God”.

But commercial demand for timber was overwhelming those customs, he added: “The impact of money streams is so strong that what can we do?” 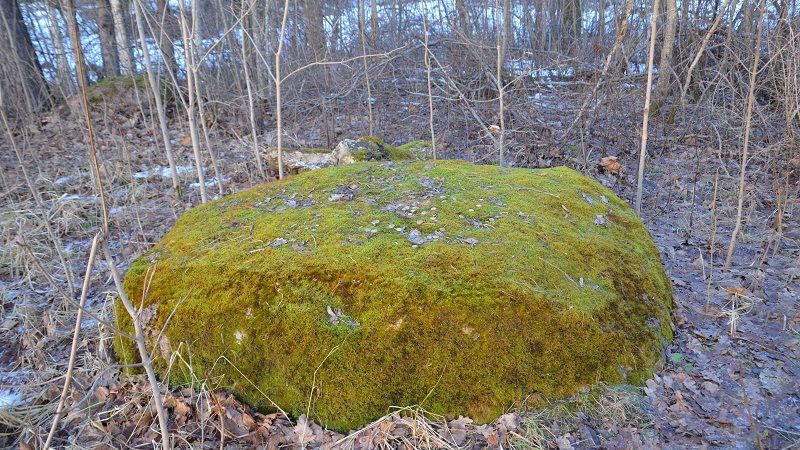 Coins are left as offerings to the spirits (Pic: Arthur Neslen)

At one ancient burial site in Unipiha, 20 km south of Tartu, scores of coins have been left on a large, bulbous, mossy rock. Thin trees obscure the sacrificial stone on one side of it, but a road and hill littered with felled timber are all too visible on the other.

Walking around the rock, Tiit Kaasik’s sister-in-law, Liis Kaasik, said that she felt the loss most with her children: “I went to a sacred place with my kids and asked them not to pick any flowers or touch anything but at the same time, the whole forest was destroyed. There was this big sadness and grief inside [me], because we Estonians feel the trees crying, and the birds crying when their nests are destroyed.”

Folklore has it that vandals of sacred places suffer terrible fates. But Liis just told her children that the loggers “must have not known about the sites, or they were greedy and only wanted the money, and that nothing is sacred anymore.”

Estonia’s state forest management authority (RMK) says it cannot give the kinds of guarantees being sought by campaigners, partly because of the lack of mapping and partly because Estonian conservation laws only cover small areas around monuments.

“We can guarantee that we won’t harvest [somewhere] if we know that it is a sacred site,” said Aigar Kallas, the RMK’s chairman. “If we don’t know and there’s no historical record, we can’t do anything about it.”

A forest survey between 2008 and 2009 identified 550 sites for the heritage list. “Whether we’ve been able to map out all of them is another question,” Kallas said.

Estonia’s spiritual traditions reflect the forest’s vibrant wildlife, which is also under pressure. Threatened natural treasures include the greater spotted eagle, the saproxylc beetle and the extraordinary flying squirrel.

Once endemic to Estonia, fewer more than 300 of the mesmerising gliders are thought to remain, confined to a small fragment of the country’s northeast. These are likely to disappear by 2020, according to studies by Jaanus Remm, a conservation biologist at Tartu University.

Estonia’s authorities are taking measures to protect the last populations but the destruction of old growth forests is particularly devastating for female flying squirrels, which have a habitat range of less than 50 hectares. The fragmentation of woodland can limit genetic diversity and increase a population’s vulnerability to disease and predators.

Uudo Timm, the head of the Estonian Environmental Agency’s nature department told Climate Home that while he was optimistic the species would survive beyond 2020, its long-term outlook was poor.

“It is critically endangered now and the protected areas are not a network of protected areas [so much as] an archipelago,” he said. “This population has decreased rapidly. It is clear that the logging and intensive forest management are one reason [for the decline].”

A report by Estonia’s National Audit Office in 2010 censured the RMK for environmentally destructive practices and highlighted a “conflict of interest” between its twin obligations to log and preserve Estonia’s forests.

“As the RMK is economically dependent on felling and the income generated by sales of timber, then such a conflict of interest is a threat to the sustainable management of state forest and its ecological condition,” the auditors wrote.

Reducing annual logging to sustainable levels “would lead to a significant decrease in the RMK’s turnover,” according to the NAO. Last year, this reached €176m ($215m), with roughly half the profits transferred to state budgets and the other half reinvested in roads and other forest infrastructure projects.

“There is a conflict of interest, obviously,” Kallas admitted. “But since we’ve laid down the principle [that] conservation comes first in the rules we have to follow – and profit maximisation from timber production comes after that – it’s actually not that difficult.”

But nature conservation is sensitive territory in Estonia, a country in which the forest has – in living memory – sheltered partisans and sparked revolutions.

“There is a saying here that the forest is a poor man’s coat,” said Asko Lohmus, a renowned local conservationist. “It has a direct climatic effect – it is a place where you can hide from bad weather – and it has also been a hiding place against enemies.”

“It has an existential value,” he added, “and people feel this psychologically.”