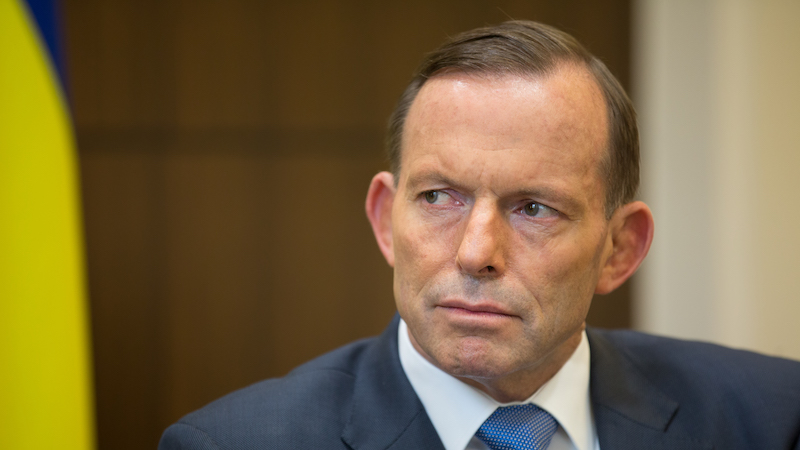 Former Australian prime minister Tony Abbott’s climate scepticism surged back into the public sphere during a speech in London on Monday evening in which said climate change was “probably doing good”.

Abbott told the group the ostracisation of those who do not accept climate science was “the spirit of the Inquisition, the thought-police down the ages”. He also reprised his 2009 assertion that the “so-called settled science of climate change” was “absolute crap”.

When he was prime minister, Abbott said he took the issue of climate change “very seriously”. But since he was deposed as prime minister by his Liberal party colleague and bête noire Malcolm Turnbull in 2015, Abbott has returned to many hardline views he had tempered as leader.

He told the GWPF Australia needed “evidence based policy rather than policy based evidence” and took aim at a 2013 study that showed that 97% of scientists agree humans are driving climate change, “as if scientific truth is determined by votes rather than facts”.

Climate change and energy policy has been a divisive issue in Australia for over a decade, with Abbott consistently at the centre of the division. From the backbench, Abbott has pushed the Turnbull government to reject policies that would favour renewable energy.

In his speech, Abbott blamed Turnbull’s failure to campaign on energy prices during 2016 for the narrowing of the government’s majority at that year’s election.

“After a net gain of 25 seats at the previous two elections, when we had campaigned on power prices, we had a net loss of 14 when we didn’t. And subsequent events have made the politics of power once more the central battleground between and within the two main parties,” Abbott said.

On Monday, energy minister Josh Frydenberg indicated the government does not intend to follow its chief scientist’s recommendation that it should implement a clean energy target. Abbott welcomed that news in London, calling it “belated”.

“Even if reducing emissions really is necessary to save the planet, our effort, however Herculean, is barely-better-than-futile; because Australia’s total annual emissions are exceeded by just the annual increase in China’s,” Abbott said.

Chinese emissions have been flat for the past three years. Recent research from the Australia Institute found Australia was the only wealthy nation still breaking its own energy emissions records.

The GWPF is chaired by Nigel Lawson, who served as Margaret Thatcher’s treasurer in the 1980s. Lawson has been an outspoken critic of climate science and recently incorrectly told the BBC the global temperature had slightly declined in the past decade. The BBC was heavily criticised for leaving his assertions unchallenged.

John Hewson, who led the Liberal party from 1990 to 1994, said Abbott’s speech to Lawson’s group “sees him in like-minded, if disturbingly deluded, company”.

“Tony Abbott has had a long history of playing short-term politics, for his own political benefit, with the existential threat posed by a rapidly changing climate,” said Hewson.

“Abbott was effective in opposition – a man of nope rather than hope. His basic thrust is that if you can’t understand it, don’t believe it, or accept it. When it comes to climate, and the magnitude and urgency of the challenge, Abbott is prepared to deny the undeniable, and to ignore the risks and costs if left to future generations. History will undoubtedly judge Abbott and Howard, and their small band of deniers harshly. When they could have acted on climate and emissions they failed as leaders, miserably.”

Wrong & irresponsible. Climate change is real & man-made. Not only do we owe it to our kids to act, clean growth is trillion $ opportunity. https://t.co/BnZ1o7oktw

I know Donald Trump has lowered the bar for idiocy but….. https://t.co/LAYOKJfxFF

Abbott’s speech – titled Daring to Doubt – contained echoes of Abbott’s mentor and prime ministerial predecessor John Howard, who gave the same annual lecture to the GWPF four years ago. In 2013, Howard said climate “zealots” had turned the issue into a “substitute religion”.

Abbott, who trained to be a Roman Catholic priest, called climate change a “post-Christian theology” and said the decline of religion in society had left a hole in other forms of “dogma” could take root.

Measures to deal with climate change, which Abbott said would damage the economy, likened to “primitive people once killing goats to appease the volcano gods”.

“There’s the evidence that higher concentrations of carbon dioxide – which is a plant food after all – are actually greening the planet and helping to lift agricultural yields. In most countries, far more people die in cold snaps than in heatwaves, so a gradual lift in global temperatures, especially if it’s accompanied by more prosperity and more capacity to adapt to change, might even be beneficial,” said Abbott.

A Lancet study in 2015 supports Abbott’s claim that more people die from cold weather than hot. But the World Health Organisation has found that by 2050, climate change will cause 250,000 extra people to die each year from malnutrition, malaria, diarrhoea and heat stress.

Abbott would go on to refute many of the central findings of the UN’s climate science body and claimed, without providing evidence, that climate records had been “adjusted” and data sets “slanted”.

“Contrary to the breathless assertions that climate change is behind every weather event, in Australia the floods are not bigger, the bushfires are not worse, the droughts are not deeper or longer, and the cyclones are not more severe than they were in the 1800s. Sometimes, they do more damage but that’s because there’s more to destroy, not because their intensity has increased,” said Abbott.

“More than 100 years of photography at Manly Beach in my electorate does not suggest that sea levels have risen despite frequent reports from climate alarmists that this is imminent.”

Scientists often refrain from linking single weather events to climate change, saying only that they fit with what they expect to see more of because of climate change.

But as the earth warms and scientist better understand climate change, weather extremes have been shown to have been made more likely due to greenhouse gas pollution. In Australia, the record hot winter just passed was made 60 times more likely by climate change. Researchers have also linked warming sea temperatures to the catastrophic rainfall and flooding that killed 35 people in Australia in 2011.

Sea level rise is one of the least controversial aspects of climate science. It is progressing at 3.4mm per year globally, according to the Australian government’s Ozcoasts website. Perhaps not enough to appear in photographs against other variables, such as daily tides, but over time scientists agree this will cause problems with coastal housing and infrastructure.

Climate Home asked repeatedly for an invitation to attend the event. Abbott’s spokesperson said the speech was “not considered a media event”. Climate Home understands the Times of London was invited to attend.