Comment: PREVIEW: The next round of talks aimed at weaning the world off coal, oil and gas start in Morocco next week, but will be overshadowed by the White House race 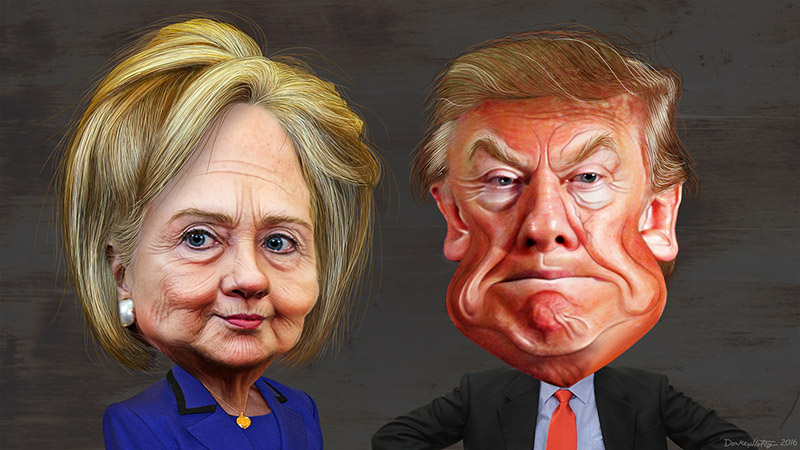 After a year of celebrating the Paris climate agreement, the hangover is about to kick in for the 195 countries who helped deliver the deal last December.

It’s one thing to sign off on a piece of paper that says you need to limit warming to well below 2C, quite another to see policies implemented at national and regional levels to make it happen.

The COP22 summit in Marrakech, Morocco will be an early taster of the appetite governments have to meet what is a huge challenge: decarbonising the global economy and ensuring we meet a goal of zero net emissions in the second half of the century.

If you think that’s a long way off, chew on this: coal power plants built now can happily run for 40 years, major ships for 20. What happens now has consequences. So where are we a year on?

A lot warmer for a start: in October the head of the World Meteorological Organisation said we are entering a “new climate reality”, with 2016 likely to be the hottest year on record.

Temperatures may dip slightly in 2017 as the effects of El Niño die off, but the overall trend is up.

Meanwhile CO2 levels are past the 400 parts per million mark for good, a consequence of the oil, gas and coal burnt since the 1850s, with the ‘budget’ for avoiding 2C warming fast running out.

The good news is investments in renewables tipped $280 billion in 2015, with global capacity of solar, wind and other clean energy sources topping coal according to the International Energy Agency.

Solar prices are crashing, and as PwC’s latest Low Carbon Economy Index observes, the carbon intensity of major economies like the US and China is on the wane.

It’s progress of sorts, but as PwC also points out, it’s the pace of carbon cuts that’s the issue, and national targets still don’t add up to the UN’s 2C goal.

So plenty for COP22 to get stuck in to, and it will start on a high, as the Paris Agreement on climate change comes into force on 4 November.

The party will be brief: all eyes will be on the US elections on 8 November. Ignore anyone who says this won’t affect the Paris deal: they are wrong.

A Donald Trump presidency means all bets are off. The billionaire isn’t a big believer in man-made global warming and wants the US to boost its use of fossil fuels.

Hillary Clinton is likely to follow Barack Obama’s climate plan, no shock given the man running her campaign – John Podesta – was the architect of the White House’s current strategy.

This means the first couple of days in Marrakech will be cagey. Do not expect progress on fundamental issues like transparency rules, climate finance cash or discussions on tougher pre-2020 carbon cuts to deliver much until the result is clear.

Instead we’ll have the usual platitudes as the talks open on the 7th, and then watch 194 countries collectively hold their breath as the US public heads to the polls.

If Trump wins prepare for huge pushback against any attempt to nix the deal from the current US administration. China and the UN’s climate body have also indicated they’re ready for a scrap.

US elections aside, here’s what to look out for:

-Will early entry into force of the Paris Agreement be met by a renewed surge of climate pledges?

–Delivery of a rulebook for the Paris deal by 2018 to ensure the details can help to inform the next round of ambition is essential. No rules, no deal.

-Keep an eye on the mid-century plans released by the US, Canada, France and others in the second week. These will set a trajectory for global carbon reduction endeavours.

-Given the UN’s new pact will really start work in the early 2020s, we have a significant ambition gap. What can governments offer pre-2020?

-The 2018 global stocktake of national climate plans is a huge political moment. But how will it work and how detailed will it get? Information please.

What does it mean: Decoding the Paris climate deal

-Many African countries have been left behind as a result of Paris with little money or resources to meet their ambitions. How can they be helped?

-And what about the major emitters still holding out: Russia; Japan; Indonesia; South Korea; Australia and Nigeria have not ratified yet. Why not?

-Does the much-vaunted ‘High Ambition Coalition‘ of small island states, EU, US and some African and Latin countries still have political clout?

-Money, money, money: the ever-engaging debate over the $100 billion a year by 2020 climate funding promised to poorer countries in 2009 will roll on

-And finally… Formula E comes to Marrakech in the middle weekend. Don’t miss it!