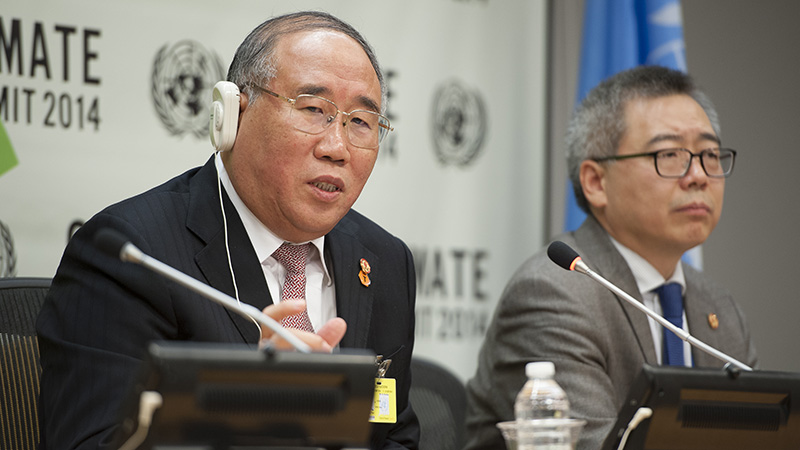 Donald Trump has come under criticism from China over his opposition to the Paris climate deal.

The US presidential candidate has threatened to “cancel” the historic carbon-cutting pact if he wins next week’s election.

In a rare commentary on a foreign political race, veteran climate envoy Xie Zhenhua told Reuters that would be unwise.

“I believe a wise political leader should take policy stances that conform with global trends,” said Xie, in response to a question about how he would work with a Trump administration.

“If they resist this trend, I don’t think they’ll win the support of their people, and their country’s economic and social progress will also be affected.”

UN climate body: no ‘Plan B’ if Trump is elected

Xie’s close relationship with US counterpart Todd Stern was instrumental in building support for an international climate agreement.

While lawyers are confident a President Trump could not unilaterally pull out of the deal, which enters into force on Friday, any backtracking on domestic action risks damaging hard-won trust.

As the world’s two biggest emitters, China and the US have an outsized influence on the trajectory of global warming.

China has pledged to peak greenhouse gas emissions by 2030 and is bringing in a nationwide carbon market next year.

The US has pledged to cut emissions 26-28% from 2005 levels by 2025. Democrat candidate Hillary Clinton has committed to building on Barack Obama’s carbon-cutting plans.

A Trump victory on 8 November would cast doubt on the US position at the next round of UN climate talks simultaneously taking place in Marrakech.

Polling analysts FiveThirtyEight give Trump a one in four chance of winning.

Read more on: China | US China