Climate wars: is the Sahel the first battle zone?

Comment: If rainfall decreases, and temperatures rise, as the IPCC’s 5th Assessment suggests, resource competition across the Sahel is only likely to intensify 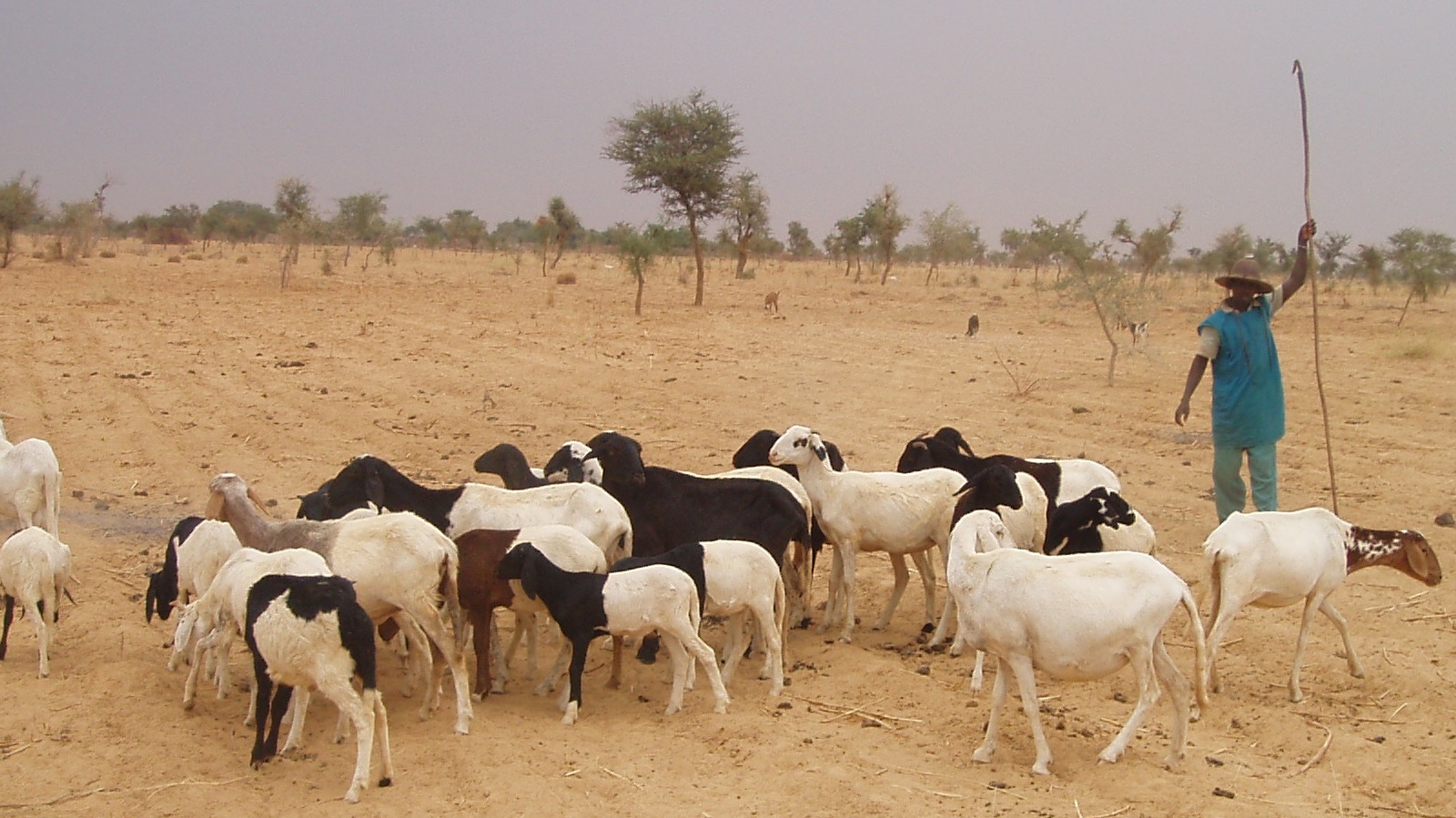 A herdsman on the Séno-Gondo plain of central Mali cares for his goats - a job that is getting harder as populations expand and climate impacts intensify (Pic: Nick Jubber)

Suleiman is a Fulani herdsman on the Séno-Gondo plain of central Mali. One day he set out with his younger brother and his family’s cattle towards an inland lake near the village of Gorti.

On the way, they crossed the edge of a recently harvested millet field. The farmer ran out, shouting at Suleiman to keep his animals away from the crops.

‘But you’ve already harvested the field,’ said Suleiman. Still, tensions were high and the farmer was anxious about a portion of the field where the millet had yet to be culled.

He called to his neighbours, who surrounded Suleiman, wielding axes and sticks. When Suleiman staggered home, later that day, he was covered in bruises and wounds, and had to be treated at the local medical outpost.

This is the kind of incident that prompts talk of a ‘climate war’.

From Nigeria to Sudan, the imbalance between growing populations and dwindling resources is levering conflict in the Sahel (the semi-arid buffer zone between the deserts in the north and the savannas of sub-Saharan Africa). In Suleiman’s case, climate is key: as local chief Ali Hajji says, ‘this used to be a land of plenty’.

But droughts in the Malian Sahel between the 1960s and 1980s reduced vegetation and water availability, forcing herders to roam further, and prompting farmers to spread their crops more widely.

In 2007, the Nobel Prize chairman, Professor Ole Danbolt Mjos, labelled the Sahel as the setting of ‘the world’s first climate war’.

Although this claim is loaded with too much drama for most experts, there is a significant roster of voices supporting the contention that conflict in the Sahel is significantly driven by climate (including UN secretary-general Ban-Ki Moon, the UN Environment Programme and the IPCC’s 5th Assessment Report on Africa, which asserts that ‘climate change will progressively threaten economic growth and human security.’ 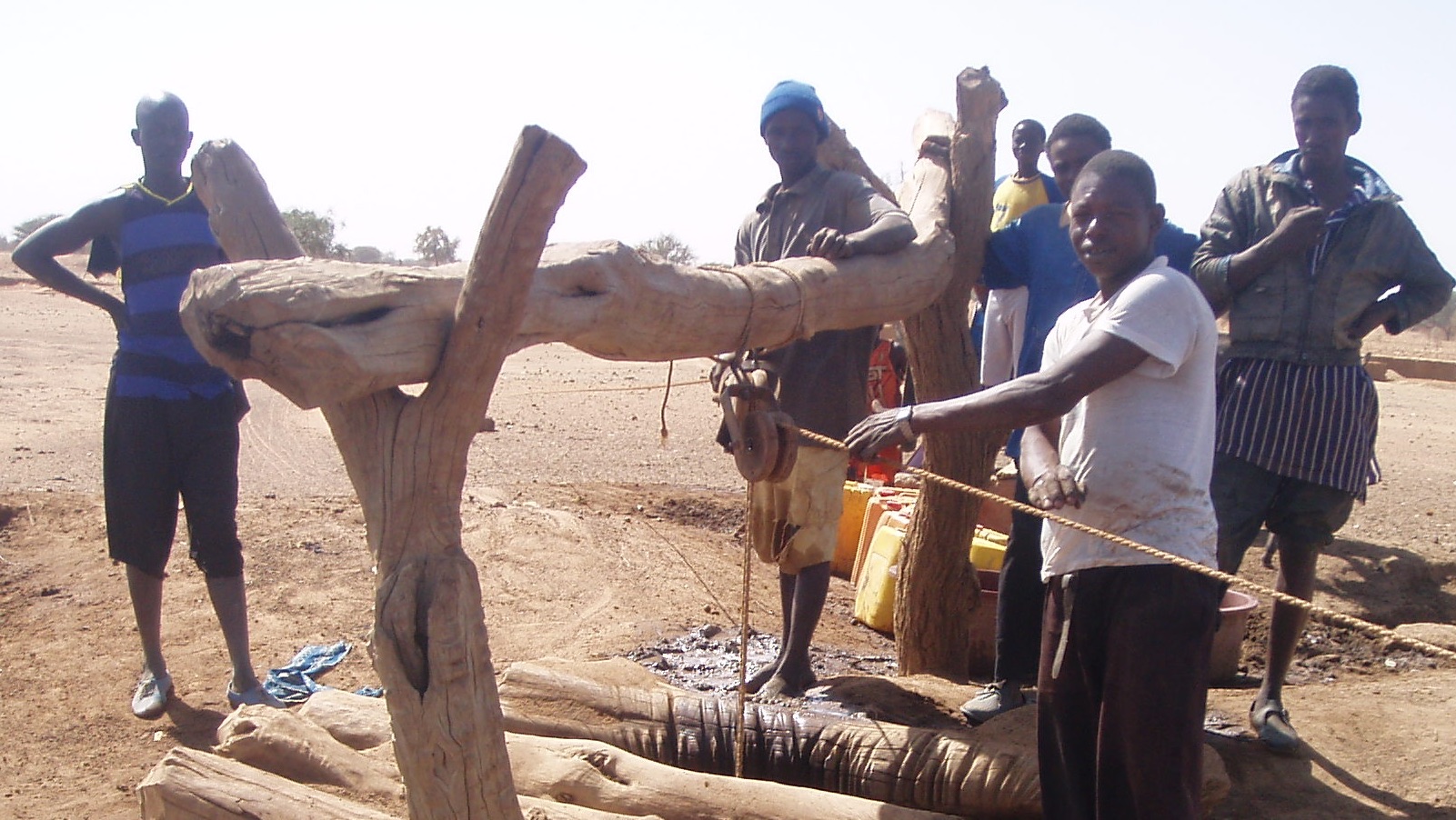 Droughts in the Malian Sahel between the 1960s and 1980s reduced vegetation and water availability, forcing herders to roam further (Pic: Nick Jubber)

But is ‘climate war’ an accurate title? ‘War’ suggests a series of interconnected battlegrounds, some form of military strategy and specified goals.

What is alarming about the Sahelian conflicts is their organic growth: under comparable circumstances, a Hobbesian struggle breaks out, and the result is bloodshed.

Defining this ‘war’ by ‘climate’ is also contentious, given the variety of contributing factors. These include the dispersal of Colonel Gaddafi’s weapons in Libya, which has increased access and affordability of small arms in countries such as Chad, Nigeria and Burkina Faso.

Land privatisation is key, so too governmental policies on agriculture and land tenure, development projects such as dam-building on the Niger river, embezzlement of drought relief funds, population growth and issues of political representation.

As ecologist Hélène Claudot-Hawad points out, ‘in the Sahara the modern states are viewed as machines for turning out minorities who are relegated to the margins’. This marginalisation, as much as climate, impels the conflicts today.

No war has a single cause. ‘Climate war’ draws attention to the role played by drought and desertification in the diminution of resources.

It also directs analysts beyond political sloganeering to the practical phenomena that enable political leaders to marshal their recruits.

In Mali, for example, the droughts of the 1970s and 1980s abruptly lowered the flood level of the Niger river, prompting rice farmers to move closer to the river-bed. As a result, Tuareg herdsmen were unable to feed their animals from the nutritious bourgou-grasses flanking the river.

‘In a very short time,’ according to ecologist Charles Grémont, ‘the multiple ties with the people and resources of the Niger valley that had long been fundamental to the history of the southern Tuareg were cut off.’

It is from climate-based developments like this that the present-day armed conflict in Mali can be traced.

For observers of the Sahel, the growing intersection of conflicts is alarming.

Fulani herders in Nigeria have been accused of transporting weapons to Boko Haram; Arabic and Tuareg clans have linked up in Northern Mali; and across porous borders, the arms business has proven as successful as the long-standing trades in narco-trafficking and people-smuggling.

There are too many variables to label this simply a ‘climate war’; rather, it is a series of conflicts deeply coloured by climate. Mitigation and adaptation, as set out at the UN’s 2015 climate summit in Paris are essential elements in reducing these conflicts.

If rainfall is likely to decrease, and temperatures to rise, as the IPCC’s 5th Assessment suggests, the resource competition is only likely to intensify.

Without more holistic engagement and an increase in the quality and output of investment, these conflicts are likely to proliferate more widely, intersect more tightly, and increase their impact outside the region.

Nick Jubber is a writer and a traveller. His latest book, The Timbuktu School for Nomads: Across the Sahara in the shadow of jihad, is published by Nicholas Brealey