Keohane on climate: what price equity and justice?

Comment: Are compromises that fall short of justice but improve human welfare acceptable in the context of tackling climate change? 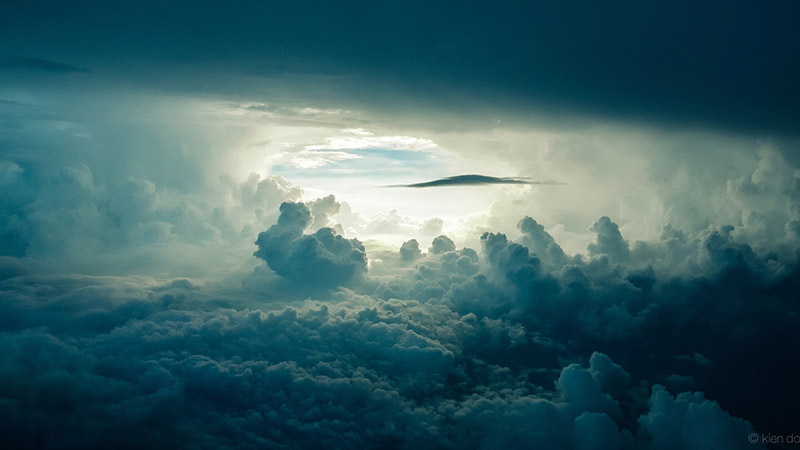 I very much appreciate the opportunity to respond to the commentary, “Why equity is fundamental to climate change policy research,” by professors Klinsky et al.

My talk at the Berlin conference on climate change governance did not focus on issues of equity, but this question was raised afterwards.

In such interchanges, the speaker often does not choose his or her words as carefully as in a prepared talk or published paper; and the listeners – not having a text to refer to – may well misinterpret what the speaker said.

But the issue is not really what the speaker said, or how it was interpreted or misinterpreted; but whether apparently opposing arguments are really different and how good they are.

Since my views on issues of equity and climate are different from those represented as mine in the commentary by professors Klinsky et al, I wish briefly to specify my real views on these subjects.

The argument for incrementalism in international #climate negotiations, based on Keohane/Victor, made by @drvox https://t.co/2JdU4J7332

Let me first comment on the use of equity issues in climate negotiations, then about the academic discussion of equity.

The major point I was trying to make is that emphasizing equity in negotiations can generate serious tradeoffs with effectiveness.  Powerful governments may be willing to take constructive steps, but not to go far enough to behave fairly toward the weak.

At the same time, governments that do not want to accept a proposed international agreement for other reasons sometimes use concerns about equity as an excuse.

As the authors themselves write, “Actors trying to shirk their obligations certainly have invoked equity concerns to slow the political momentum of policy change.”

We should therefore not lightly insist on equity without taking into account trade-offs with effectiveness or whether equity issues are being used opportunistically.

And we need to recognize as students of world politics that even agreements that promote mutually beneficial cooperation – such as various arrangements for arbitration of international disputes, legalization through courts, or reducing trade barriers on the basis of reciprocity and arbitration – are rarely equitable.

Power always plays a role in negotiations and powerful states ensure that their interests are often given priority.  Such results of power imbalances may well be subject to legitimate criticism; but we should be skeptical of arguments that oppose cooperation-increasing arrangements on the grounds that they are not perfectly equitable.

I therefore resist what I consider “easy rhetoric” about the need for equity when the speaker does not address issues of what the realistic institutional alternatives are or the tradeoffs between equity and effectiveness.  This was the major point of my response to questions about equity in Berlin.

The other issue has to do with the sort of research we do as academics, which is the major focus of the Commentary although it was not the chief issue that I saw myself as addressing.

The authors interpreted me as arguing that we should not, as academics, be concerned with equity issues.  However, the truth is quite the opposite:  I am intensely concerned with normative issues in world politics.

But, unlike some analysts, I do not equate equity, or the legitimacy of particular international institutions, with justice.  Since this distinction is perhaps unusual, it may give rise to misunderstandings.

My views on this subject are best articulated in an article in Ethics and International Affairs ten years ago, co-authored with the philosopher Allen Buchanan.

In that article we emphasized the importance of clear and defensible normative standards by which to evaluate global institutions, but we distinguished legitimacy from justice.

We argued that for two reasons, we should not insist that only just institutions have the right to rule; first, because of pervasive disagreement about standards of justice, and, second, because to withhold support “from institutions because they fail to meet the demands of justice would be self-defeating from the standpoint of justice itself, because progress toward justice requires effective institutions.

To mistake legitimacy for justice is to make the best the enemy of the good.”

This is still my position.  Clearly, there is room for disagreement here, and the authors of the commentary may hold that justice is so important that it outweighs considerations of effectiveness.

But it should be clear that the position I articulated ten years ago is not one that dismisses research into issues of equity – which is exactly the sort of research that Buchanan and I were reporting in our 2006 article.

In my writings on issues of ethics and my personal evaluations of policy actions, I seek to develop ethically sensitive views that combine an emphasis on the desirability of ethical action for its own sake with a concern for the consequences of action.

Such a perspective must necessarily recognize the difficult tradeoffs involved in making choices that take both the desirability of inherently ethical action and a concern to achieve good consequences into account.

Falling short of justice may be a consequence of the tradeoffs imposed by difficult situations in world politics.

Having articulated my views on issues of equity in policy and in academic research, I can now address the question of where the authors of the Commentary and I agree or disagree.

We agree that first-rate analysis of issues of equity and climate is important. We need to know the implications of policy for equity concerns before we can decide whether the trade-offs inherent in a given set of climate institutions are justified.

Sometimes, indeed, equity may not be in conflict with strong climate action and, in the authors’ words, “understanding trade-offs requires taking equity into account.”

So I entirely agree that “rigorous analytical work on these trade-offs” is important.  Indeed, this was exactly my point: to urge that those academics who are interested in equity issues focus on trade-offs rather than making general statements about the importance of equity in climate policy.

We agree, therefore, on the major points about the importance of normative analysis in this domain and about the centrality of the analysis of tradeoffs.

With respect to emphasizing justice, I am more cautious, as the quotation from my paper with Buchanan indicates. What constitutes justice in a given situation is often subject to disagreement even among philosophically sophisticated analysts.

And in world politics, turning justice into a standard of acceptability is in my view often unrealistic and may lead to mistaken rejection of institutional changes that represent valuable, if incremental progress.

But this takes us back to a perennial question of normative analysis that has always distinguished reformers from those who want to insist on more: whether, in a given context, compromises that fall short of justice but improve human welfare, are acceptable.

People of goodwill can be expected to differ on such issues long after our disagreements on issues of justice and climate change have been forgotten.