Brussels is in a fix. It wants to retain its mantle as an international climate policy leader, but not all member states are playing ball 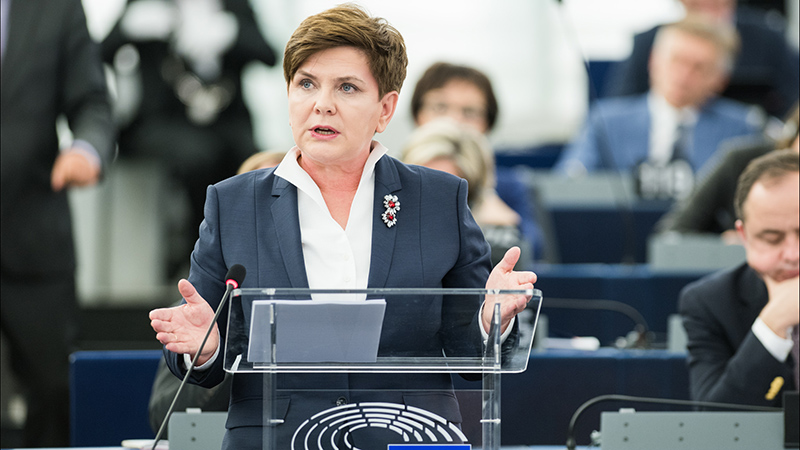 Billed as a driving force behind the Paris Agreement on climate change last December, the EU now risks being tagged a laggard if it fails to formally approve the deal in good time.

France’s top climate diplomat Laurence Tubiana announced its parliament would start the process of domestic ratification this week, making it the first to do so.

The whole bloc “should have ratified by 2018,” she told a conference in Paris on Tuesday, hosted by the French think tank IDDRI.

That means the EU will likely join over a year after the US, China and potentially a hundred or more developing countries that have long been the target of Brussels’ climate sermons.

European Commission officials are working on a plan to realise its promise to cut greenhouse gas emissions 40% on 1990 levels by 2030, with a draft expected before the summer recess.

But it’s not simple. Carbon cuts for the bloc’s 2020 goal of 20% cuts on 1990 levels were not shared equally among member states.

The figures were calculated depending on the capacity of countries to make cuts, while support to those in need of help in making a clean energy transition runs into the billions.

This time round, as the net gets tighter, all 28 member states will be required to do more. That is not playing well with some, notably Poland’s new centre-right government.

Warsaw signed the 2015 Paris deal in New York on 22 April, but an official added a line refusing to help fund global climate efforts.

This week, energy minister Krzysztof Tchorzewski mocked the idea the country will be able to ditch coal by 2050.

“We simply reject that. If we go down to 50% coal in our energy mix by then that would be an enormous success,” he said in quotes reported by Politico.

“When it comes to reducing coal use in energy, we’ll be walking at a slower pace than other European countries,” he added. Coal accounts for nearly 90% of the country’s power generation.

Poland’s coal crisis
Miners once numbered half a million and were regarded as national heroes for their role in the toppling of Communism in 1989. Now there are fewer than 100,000 – a figure expected to fall fast.

Ruling out renewables, Tchórzewski argues that Poland’s only realistic hope of cutting emissions is planting trees, although the EU is still consulting on whether this will be count towards its 2030 goal.

It’s a massive headache for the European Commission, but one Tubiana argued can be relieved if Brussels is willing to get creative on policy formulation.

Repeating the burden sharing trick used for the 2020 goals is unlikely to deliver, she said: “If we follow the type of political streams we have been following it will be difficult.”

For one, the EU roadmap towards 80% GHG cuts on 1990 levels by 2050 is too prescriptive and “does not speak to Poland, Portugal or Spain”.

“Of course we need to ratify and decide who does what before 2030 but we have to engage in a new conversation, nation by nation, to see what pathways there are for each,” she said.

“The Paris Agreement is based on a capacity for each country to seek its future.”

It’s not clear if Tubiana was suggesting member states go solo and determine their own contribution to the bloc’s 40% target, a policy that could deliver a race to the bottom.

Rather, it seems she’s calling for EU governments to take the initiative away from Brussels, an idea Maciej Bukowski, president of the Warsaw-based Wise Europa think tank, says could work.

“We need to think of different perspectives of different parts of Europe. Modelling is [usually] done on a pan-European point of view,” he told Climate Home.

“The eastern flank of the EU is ambitious to catch up, but any new stone is very heavy.”

Instead of endless lectures to a Warsaw government that has long stopped listening, Brussels could benefit from exploring the Polish mentality when it comes to energy security and social cohesion.

An advisor to the current and previous Warsaw governments, Bukowski is quietly confident Poland will continue to move away from coal, citing market forces as a major driver.

A few years ago no Polish energy minister would dare admit coal could one day provide just 50% of Poland’s power, he said.

One example of change comes in the form of a new set of transformers on the German border.

These will inject competition into the coal-dominated energy sector, allowing Poland to take advantage of cheap surplus solar and wind power produced in its neighbour’s lightly populated north.

Still, the country has plans to build 14 coal power plants. Even if not all are built, it is heavily invested in high-carbon infrastructure well beyond 2050.

Managing expectations and paying for Warsaw’s green transition will determine its ambition, suggested Bukowski. “Security is very important. Coal is perceived as a source of security because this is our own resource,” he said.