Why implementing the Paris Agreement starts at home 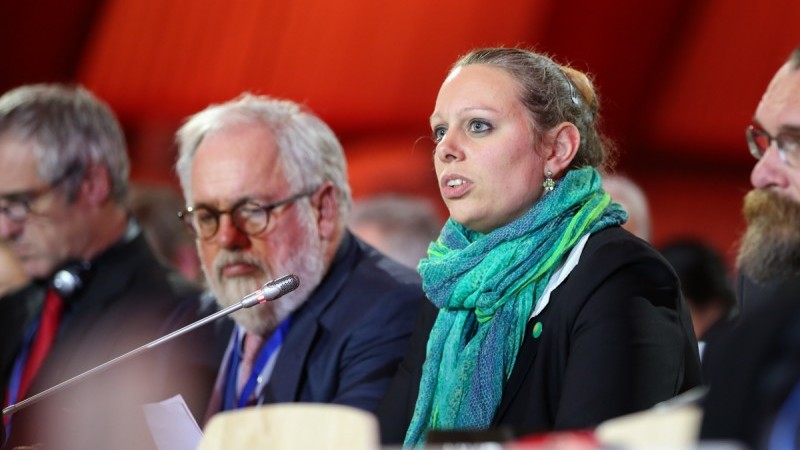 We came to a universal commitment to fight climate change and transform the global economy. This was a historic moment and a tipping point sending a clear message to the world: the global transition to a low-carbon world is here to stay.

This Friday, world leaders will be taking the first step towards implementing what was agreed in Paris.  They are all meeting in the UN headquarters in New York to sign this agreement. And of course, the European Union will be represented.

The ambitious targets set in Paris – limiting climate change to well below two degrees Celsius while pursuing efforts to stay below one and a half degrees – require achieving net zero emissions this century. This will require a fundamental shift in technology, energy, economy, finance and ultimately society as a whole.

Robust domestic measures will be needed in all parts of the world to drive this transformation. We need to take decisive action to cut greenhouse gas emissions and to strengthen our capacity to deal with the impacts of climate change that we can no longer avoid.

Ambitious climate action is a huge opportunity in countries at all stages of development. Clean energy, good forest management and climate-smart agriculture all have great benefits for citizens, communities and businesses.

These actions can be boosted by putting a price on carbon, In fact, in their contributions to the Paris Agreement, many countries recognised the role of carbon pricing in developing cost-effective climate policies.

The EU is already working on legislation to implement an economy-wide emissions reduction target, binding in domestic law and accountable down to each tonne – a level of precision that is unmatched globally.

This will guarantee the EU fulfils its ambition to cut domestic greenhouse gas emissions by at least 40% in 2030 relative to 1990.

At the core of the EU’s legislation is our carbon market that covers emissions from power plants, factories and flights within the EU. The EU is working to strengthen the market and bring it in line with the EU’s 2030 climate target.

Our carbon market is already reducing emissions in Europe, and we are using our experience to contribute to the development of similar schemes in other countries.

The EU is also taking action to prepare for and adapt to the impacts of climate change. All Member States are developing national climate adaptation strategies, complementing the EU strategy published in 2013.

The EU also works with partner countries around the world to support their adaptation efforts.

Achieving the ambitious targets of the Paris Agreement will not be easy. The good news is that governments will not be shouldering this alone.

The true success of the Paris climate conference was the broad engagement of not just 195 countries, almost all of whom submitted a climate pledge in advance, but also a myriad of other actors.

Businesses, civil society, local governments and many other stakeholders generated the momentum that helped broker the deal.

The Paris Agreement is the starting line for a race to the top. The first leg of that race should see all countries put in place policies to deliver on their contributions. The EU has already started.

The spirit of Paris gives us confidence that the sense of urgency needed is present and will prevail for as long as it takes. As UN secretary-general Ban Ki-moon stated: ‘The solutions to climate change are on the table. Let us have the courage to grasp them.’

So we call upon every nation: let’s get down to work.

Miguel Arias Canete is European Commissioner for Climate Action and Energy; Sharon Dijksma is Dutch Minister for the Environment.