New directive from Pentagon calls for climate focus at all levels of armed forces; urging commanders to prepare troops for operations in extreme conditions 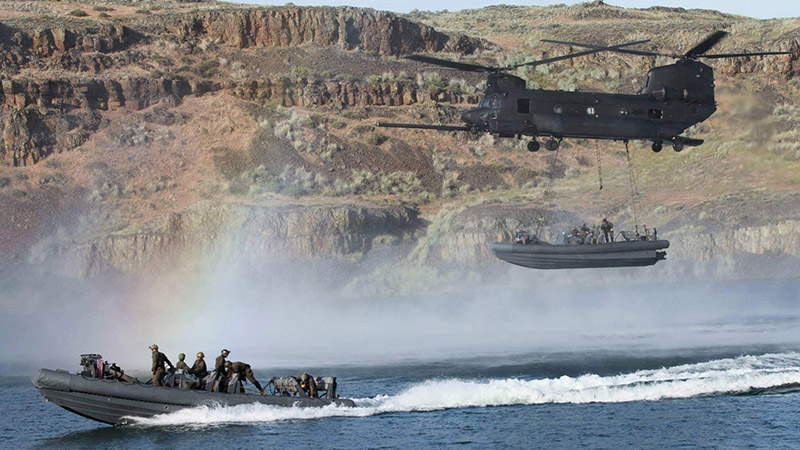 US military planners have been ordered to war game climate change scenarios, focusing on “geopolitical and socioeconomic instability” linked to extreme weather.

“Mission planning and execution must include identification and assessment of the effects of climate change on the DoD [department of defence] mission,” it reads.

Under DOD DIRECTIVE 4715.21 chiefs of staff, equipment buyers and health advisers will need to integrate climate change into any new purchases, missions or infrastructure plans.

The document, which is signed off by Robert Work, deputy secretary of Defense, calls for greater work with climate scientists to “reduce risk and promote mission execution.”

Planners must “integrate climate change considerations into mission area analyses and acquisition strategies across the life cycle of weapons systems, platforms, and equipment.”

Medical staff will need to update training to “address effects on personnel, including changes in extreme temperatures, precipitation patterns, and disease vector distribution.”

Despite stiff opposition from many Republicans, the Pentagon has released a stream of climate-related warnings, research and adopted new clean energy policies in the past eight years.

In 2014 chiefs of staff said it was “overwhelmingly clear” that climate change posed a security risk to the country.

Last year the NATO military alliance war-gamed the use of wind and solar energy systems, while the US Navy recently launched a ‘Green Fleet’ partly powered by biofuels.

Read more on: US | NATO | Pentagon | security US