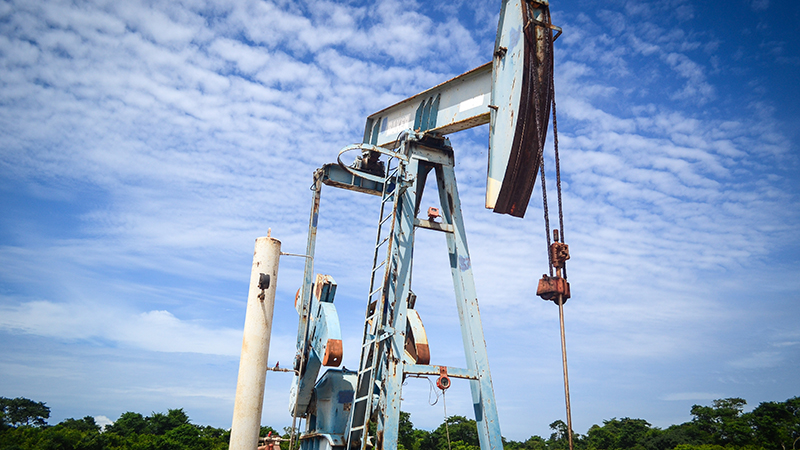 The Paris Agreement has rightly been hailed as a victory for multilateral diplomacy, and a key step towards moving the global economy onto a low carbon pathway.

Yet for all its good provisions, the agreement leaves out a crucial issue: the need to break the world’s dependency on fossil fuels.

Fossil fuel combustion is the source of about 60% of global greenhouse gas emissions, and the main driver of emissions growth. Yet since its inception, the UN climate convention has been seen as an environmental rather than an energy-related agreement.

Given the close linkages between energy policy, natural resources and national interests, it should not be surprising that the climate talks have avoided directly addressing fossil fuel consumption and production. In fact, the word “fossil” does not appear a single time in the Paris Agreement. Even a proposal urging countries to reduce international support for high-emissions investments was cut from the final draft.

In pictures: Activists shut down German coal mine

Yet on the ground, significant momentum has been building to tackle fossil fuels at their source, by trying to block new production and exports, and change the economics of the industry. A growing movement is pushing major institutional investors to divest from fossil fuels. A wide range of local actions have targeted the development of new fossil fuel infrastructure – from the Keystone XL pipeline, to Shell’s Polar Pioneer platform, or coal trains in Australia. The Guardian has made tackling fossil fuel supply a priority through its #keepitintheground series.

The momentum has spilled into the financial world as well. There is considerable debate about the risks of fossil fuel investments becoming “stranded assets” as the world adopts stronger climate policies with even Bank of England governor Mark Carney warning that investors will suffer losses. Scientists have stressed repeatedly that a large share of the world’s fossil fuel resources cannot be developed without disastrous impacts on the climate.

The question now is how to translate these insights, and the momentum on the ground, into the policy action that is necessary to implement the Paris Agreement. Proposals are already on the table. New research suggests that G20 countries together provide US$452 billion in support to fossil fuel producers and points to the removal of this support as an option to achieve significant climate benefits whilst freeing up money for the public purse.

Another prominent proposal is to impose a moratorium on new coal mines, as advocated by President Anote Tong of Kiribati, a country that is under immediate threat of rising sea levels if carbon emissions are not capped soon. Also Ecuador’s proposal for an oil export tax to help mobilize climate funds can be seen to tackle the supply side of fossil fuels.

Such suggestions merit serious attention – not as alternatives to demand-side policy measures, such as carbon pricing or energy efficiency standards, but because they offer policy-makers an important complementary tool to tackle climate change, and one that is gaining increasing amounts of popular support.

A major initiative launched by the Stockholm Environment Institute this year, which we co-lead, is exploring supply-side climate policy options from multiple angles: from how to gauge the potential emissions impact of different measures, to economic implications, to entry points in both domestic and international policy. At the Paris Climate Change Conference, we co-hosted two side-events to discuss these issues, and found there is both enormous interest and much work still ahead to address key questions and challenges, such as:

It is important to better understand which supply-side policies are likely to be most viable and have the most positive impacts in specific contexts. Just as with the demand-side, serious attention for the supply side of fossil fuels requires taking a hard look at trade-offs and consequences – or else these policies, if implemented, will not succeed.

The Paris Agreement is a major step forward, but the hard work still lies ahead. The choice of climate policies, and their successful implementation, is now in the hands of governments. As they weigh their options, policy-makers should consider, along with demand-policies, measures to tackle the supply of fossil fuels. They offer important new ways to leverage popular support, and could accelerate the transition to a low-carbon future.

Harro van Asselt is a senior research fellow at the Stockholm Environment Institute in Oxford. Michael Lazarus is SEI’s US Center director. They co-lead the SEI Initiative on Fossil Fuels and Climate Change.