Chief negotiator tells Climate Home Delhi is open to more ambitious global goals, but warns it’s rich nations who will have to take up the slack 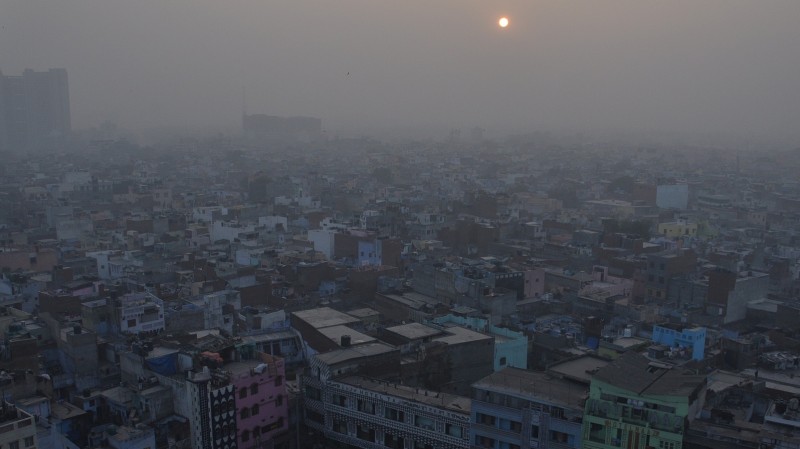 Delhi is one of the most polluted cities on the planet due to heavy coal use, domestic fires and vehicle fumes (Pic: Sourav Das/Flickr)

India could accept a tougher global warming limit of 1.5C in a proposed UN climate deal, but only on the condition richer nations make radical greenhouse gas cuts to meet it.

In an interview with Climate Home, Susheel Kumar, Delhi’s chief negotiator at the COP21 summit in Paris said he had “no problem” with the world adopting a more ambitious temperature goal.

“If the global community decides it should be 0.5C what problem should a developing country have? It means developed countries would have to do negative emissions,” he said. “What problem would India have? You tell me. I cannot have any problem.”

Ministers from all over the world are pouring into the French capital for a final week of talks before a new climate pact is due to be signed on 11 December. Envoys agreed on a 48-page draft text on Saturday.

The UN has pegged 2C as the danger threshold for global warming, but more than half of countries want a Paris agreement to aim for a tougher 1.5C limit. Scientists warn the risks of drought, flooding and sea level rise increase with every degree of temperature rise.

It’s just not cricket
Asked if India’s negotiating strategy was more Rahul Dravid (nickname “the wall”) than VVS Laxman (a wristy strokeplayer) Kumar insisted it was a bit of both: “It is both… very consistent,” he said with a smile.

Bangladesh, Kiribati, Costa Rica and the Maldives are among those pushing for the tougher goal, which would require an almost immediate peak in fossil fuel use and huge investment in technologies to soak up emissions.

A two-year study compiled by 70 experts and released by the UN in June underlined the environmental and economic impacts linked with 1.5C of warming.

“Up to half of coral reefs may remain; sea level rise may remain below 1m; some Arctic sea ice may remain; ocean acidification impacts would stay at moderate levels,” it said.

Last week India and Saudi Arabia were accused of blocking the inclusion of these findings in the Paris deal.

Kumar said he was in “full agreement” with the assessment but noted it also said the science around the 1.5C goal was less robust than 2C.

And he insisted that whatever number the UN decided on, the burden for tackling global warming had to remain on the US, EU, Australia, Canada, Japan and other countries classed as “developed” under a 1992 UN formula.

Still, recent data suggests that while global carbon emissions stalled in 2014, India’s doubling of coal production to 2020 will likely offset cuts in China and the EU, and make meeting the 1.5C or 2C goal harder.

Many green groups hope the combination of public anger at dirty air and India’s planned 100GW solar rollout by 2022 will encourage the country to take a cleaner development trajectory, as it seeks to give power to an estimated 300 million off-grid citizens.

If it does, that’s unlikely to see the country – already the world’s fourth greenhouse gas emitter – resubmit a new climate plan to the UN. Kumar said India was committed to working on 10-year commitment cycles, and had no plans to imminently review its 2030 goal.

India would accept a five-year stocktake of global efforts, he said, but not anything that might compel the Delhi government to make an early review, a key demand of EU and US delegations at the Paris talks.

“Those who have a 10 year cycle will revise their INDCs [climate plans] in the next cycle. But we have no problem with a stocktake… in 2025. India would update next cycle…which is every 10 years,” he said.

The key to success at the end of this week in Paris would likely be finance, Kumar stressed, emphasising the need for the US, EU and other developed countries to stop adding conditions to their offers of help.

The EU appears willing to agree to a global ambition to boost climate finance beyond US$100 billion a year in 2020 on the proviso contributions from emerging economies and the private sector are recognised.

But any wording in a deal that suggested countries “in a position to do so” or “willing and able” would undermine the spirit of the UN climate talks, said Kumar.

“We don’t mind if the text says developed countries will provide finance… and if voluntarily any developing put something on table on solidarity grounds – no problem. What can be the problem?” he said.