What does the US clean power plan mean for coal?

It won’t speed up the US coal phase-out, but the flagship climate policy does kick an ailing sector, with global lessons 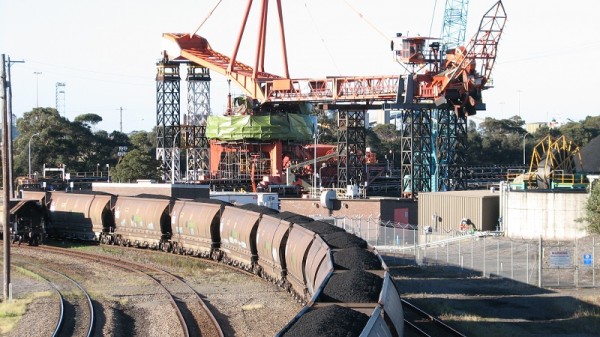 Opponents call it the “war on coal”. So do some supporters because, well, coal is the most polluting fossil fuel – why pretend to protect it?

Politically, it was seen as a bold move by President Barack Obama to establish a climate-friendly legacy.

As the US clean power plan landed on Monday, though, commentators were divided over exactly how much it would shift the energy mix.

Michael Grunwald of Politico was singularly unimpressed, pointing out the small print that admitted the rule would not speed up the decline of coal.

“We expect that the main impact of this rule on the nation’s mix of energy generation will be to reduce coal-fired generation,” it says on page 637 of the 1560-page rule.

But, it goes on, “in an amount and by a rate that is consistent with recent historical declines in coal-fired generation.”

Wow. @hughrmacmillan got to page 637 and he found EPA saying its #CleanPowerPlan isn’t designed to change anything. https://t.co/wvq3tGabuV

David Roberts of Vox gave Obama more credit, arguing he had pushed the limits of what was politically possible.

After all, those “recent historical declines”  in coal were unprecedented – and it was not inevitable they would continue in the absence of regulation.

Point people aren’t getting: current “business as usual” is a) unusual, b) fragile, c) *extremely* adverse for coal. Continuing it is good!

That was “remarkable, as governments tend to water down plans after their initial announcement, not strengthen them,” said the analysts in a briefing note.

It was an “important step” towards the US target to slash economy-wide emissions 26-28% by 2025, although the CAT rates that ambition as only “medium” and says more policies will be needed.

Getting back to coal, how much has it declined recently?

According to the Global Coal Plant Tracker, 20 US coal plants started operating in the last five years.

But in the face of competition with abundant shale gas, another 37 planned US power stations were cancelled and three shelved, (represented by the green dots below).

This, coupled with lower than expected demand growth from emerging markets like China, has seen coal prices collapse – and US mining companies are feeling the pain.

The once-mighty Alpha Natural Resources filed for bankruptcy on Monday, following hot on the heels of Walter Energy.

Peabody Energy, in 2013 the country’s biggest coal producer, is hanging in there. But its last quarterly results showed a net loss of US$1 billion.

The beleaguered firm has resorted to attacking climate science in a bid to keep its business going. And it argues the cheap fuel is a cure for poverty worldwide – a notion that was recently rejected by the World Bank.

Divestment campaigners want to turn the screw, encouraging funds to pull out of the polluting sector in protest over its climate change impacts.

Norway’s US$900 billion sovereign wealth fund is the biggest investor to do so, after a parliamentary vote in June.

While there are signs – cheered by environmentalists – the global coal market is in structural decline, there is undeniable demand from developing economies.

It is not just China, which is set to depend on coal for decades, even if use may have already peaked. (Health warning: Chinese energy data is notoriously unreliable.)

Countries like Myanmar and India are eager to extend access to electricity, with coal set to provide the lion’s share. The falling coal price only strengthens their appetite – although greens are quick to point out the hefty health and environmental costs of coal pollution.

A report by Coalswarm and the Sierra Club identified 2,177 coal plants in the pipeline worldwide since 2010, with 557 under construction.

If they were all built, their greenhouse gas emissions would blow the “safe” carbon budget – the level consistent with the international goal of holding warming to 2C.

Indeed, even if only one in three were to get finished – the current completion rate – the authors calculate emissions would come close to that threshold.

Obama is facing a bitter fight to push through relatively modest restrictions on an ailing industry. It pales into comparison against the global challenge of meeting surging demand for energy without cooking the climate.