Can rich nations dodge the bill for historic carbon emissions?

COMMENT: A global climate deal must be grounded in sound moral principles if it is to protect the most vulnerable 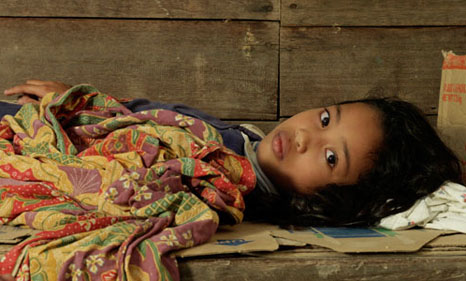 If the recent UN climate talks in Lima taught us anything, it is that humanity badly needs a dose of respect between nations if we are to avoid climate chaos.

Once again we have seen the familiar battle ground between the developed and developing world and the re-emergence of a key concept: climate justice.

“If equity is in, we are out”. Those were the words of Todd Stern, the Chief climate negotiator of the United States, back in 2011, on the eve of the last day of the UN Climate conference in Durban, when the foundations for a new global agreement were laid.

He was reacting to the clamour from developing countries that rich, developed countries  should take the lead in making emission cuts, under the principle of ”common but differentiated responsibility and capability (CBDR)”  –  given their historical responsibility for climate change and their enhanced technological capabilities.

While some observers were alarmed by Mr Stern’s position, his words were a fair, if vulgar, rendition of the mind-set that is quite pervasive among many developed countries.

Rich nations tend to prefer to wave aside or at least make light their moral responsibility in tackling climate change, while appealing for concerted action by ‘all parties’.

“Pragmatism”, “realism’, and “we are in this together” are some of the other phrases used by developed countries as they try to duck their responsibility and cajole developing countries to instead step up their own climate actions.

It was to this effect that many Western countries lined up behind the US in Durban.  Eventually all references to equity, justice and common but differentiated responsibility were expunged from the text.

It has been a short-lived victory.

Events in the UN climate talks in Lima over the last two weeks have overwhelming demonstrated the utter futility of developed countries’ schemes to diminish issues of equity and justice, let alone sidestep them altogether.

In virtually all the key issues and categories under discussion – countries’ mitigation contributions, states’ adaptation commitments, the remit of the loss and damage, and climate finance, among others – equity and differentiation have stood out as sticking points.

Comment: Russia should ally with China and India on carbon rules

Attempts, led by Russia, to amend the original UNFCCC Convention which groups states into developed and developing countries, with the latter largely exempted from quantified legally binding emission reduction obligations, were sternly rebuffed by China.

The G77 (developing country) group took a principled stance in all their submissions that the principle of equity must guide all negotiations and long-term actions.

Showing their heightened distrust in the progress, developing countries even requested that texts should be displayed on the big screen in real time while negotiating to enhance transparency.

The harshest word for developed countries, however, came from the President of Bolivia, who referred to industrialized nations that have appropriated more than their own fair share of global atmospheric space as ‘thieves’ that must be made to pay back what they have stolen.

Of course, none of this implies that developing countries should be given an easy ride in negotiating the 2015 climate agreement, or that there are easy approaches to a finding a ‘just’ climate agreement.

Climate change is indeed an urgent problem which requires the most extensive and ambitious co-operation from states to bring it under control.

But it appears that the Stern approach to international climate politics, seemingly without morality, is beginning to lose ground.

Morality might be a dirty word in some states’ foreign policy handbooks. But call it what you like, the world needs to find its guiding principles quickly, and developing countries want rich nations to pay for what they’ve broken.