Attempts to agree a global aviation emissions trading scheme are close to stalling – but what else can the EU now do? 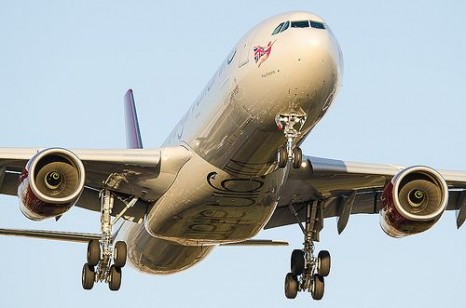 Aviation is responsible for 5% of global warming emissions and this share is growing.

This might not sound like a lot but when you consider that if aviation were a country it would be ranked 7th – in-between the UK and Japan in terms of yearly CO2 emissions; not insignificant.

The question over what to do about these emissions has long occupied the International Civil Aviation Organisation (ICAO), the UN body responsible for aviation. Indeed, they have now been discussing what to do for over 17 years without agreement.

It’s not surprising then that the EU got a little frustrated with the slow progress. ICAO even decided back in 2004 not to proceed with a global market based measure but recommended countries and regions could establish their own emissions trading schemes.

In 2012 the EU started regulating emissions for flights landing or taking off at EU airports by including aviation in the EU ETS.

This prompted many countries, led by the US, to mount a vicious opposition to the EU move, claiming a global agreement was needed and because they saw the requirement to account for carbon emitted by the whole flight as it passed over the high seas, non-EU countries and indeed on their own runways as a breach of sovereignty.

In response to all this opposition, the EU law was suspended on all intercontinental routes, almost as soon as it started, to give ICAO yet more time to come to a global agreement. Except this is not a permanent change, it is limited to one year only.

That year is almost up.

ICAO makes its decisions in its Assembly meeting every three years. The next one is this week. This is where a deal must be struck if the EU is to be expected to permanently amend the scheme.

The second objection that is continually hurled at the EU is the alleged breach of sovereignty as outlined above.

The argument is that because the EU accounts for all the carbon on a flight from Brussels to New York, right up until the wheels hit the runway at JFK, the EU has violated international law by regulating outside its jurisdiction.

However, the Court of Justice of the European Union looked into this claim and declared that the EU act was legal and did not interfere with any country’s sovereignty.

The EU regulation could be seen as over-reach (in the political sense) because the EU regulates all emissions both to and from its territory.

Amending the scheme to only cover departing flights would allow other countries to regulate the other leg of flights. Indeed, the EU offered this style of regulation but no other country was interested and it seems the industry lobbied heavily against it.

However, a departing flights system would still regulate emissions on someone else’s runway.

Thus, unfortunately it seems that the EU is becoming increasingly isolated with most countries forming the consensus, steered by the US, that the EU should only regulate the carbon emitted by planes within EU airspace.

At first blush the EU only regulating within EU airspace seems reasonable. Until you look at the environmental effects: even if every country in the world accounted for all emissions in their airspace, only 22% of global aviation emissions would be regulated.

This makes sense as think about that fight from Brussels to JFK, most of it is over the high seas –which country is or should be responsible for those emissions?

If departing flights cannot be agreed, a far more sensible solution than airspace would be to regulate on the basis of what we call 50/50. To explain this, let’s take that Brussels to JFK flight again.

The US could then enact a law for their 50% of both journeys if they wanted to. But such a law importantly removes the alleged sovereignty argument by not regulating any carbon that is emitted in the airspace of the country of arrival.

There will be a debate on these options in the European Parliament on 4 September (you can register here) hosted by Peter Liese, the MEP who lead on this file for the one year pause and the original inclusion of aviation in the ETS.

The real question for debate now is what the EU will do when the one year pause expires –will it bring back the ETS in its entirety or permanently amend the scope to include only departing flights, 50% of both flight legs or just that portion emitted in EU airspace.

Not to mention the huge pressure on the EU from industry and many countries to collapse the entire system for aviation.

Aoife O’Leary is a Sustainable Shipping & Aviation Officer at the NGO Transport & Environment (T&E). Follow her on twitter @aooleary.