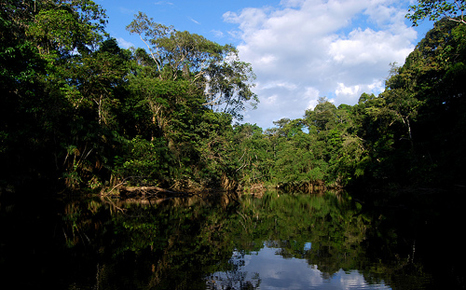 Ecuador: Ecuador’s President Rafael Correa has abandoned a unique and ambitious plan to persuade rich countries to pay his country not to drill for oil in a pristine Amazon rainforest preserve. (The Guardian)

New Zealand: New Zealand scaled back its target for reducing carbon emissions on Friday, saying the move was an interim step ahead of a new United Nations pact from 2020. (Reuters)

Research: Methane emissions from natural gas production are not well quantified and have the potential to offset the climate benefits of natural gas over other fossil fuels, says new research. (Wiley Online Library)

UK: The Church of England has begun legal action to claim ancient mineral rights beneath thousands of homes and farms, prompting fears the church could seek to cash in on fracking. (The Telegraph)

Ireland: Ireland will experience “huge increases” in temperatures over this century, according to a leading Irish expert on climate change. (Irish Times)

Australia: On Friday, opposition leader Tony Abbott visited a Linfox trucking depot in Melbourne, despite the fact that the company previously signed a statement supporting the idea of a carbon price and featured in a Labor government promotional video. (Sydney Morning Herald)

US: Dow Chemical’s chief executive Andrew Liveris is spearheading a public campaign against increased exports of natural gas, which he sees as a threat to a manufacturing renaissance in the United States. (New York Times)

Research: Smallholder farmers in the Amazon sell timber from trees that have grown on fallow fields to improve income, but such production can go unrecognised in official statistics — often because it is commercialised through informal channels, according to research. (Forests News)

Denmark: The Danish government has analysed 78 possible projects that will help it to achieve its 40% emissions reduction target by 2020. (RTCC)

Research: Climate scientists have predicted maize and wheat yields could fall by 19-30% by 2065, a disparity which has now been solved by researchers at Princeton University. (RTCC)