China responds coolly to US climate bill, rejecting a call to resume cooperation

China’s foreign ministry questioned the US’ ability to deliver on its promises, calling for more climate finance and an end to trade sanctions 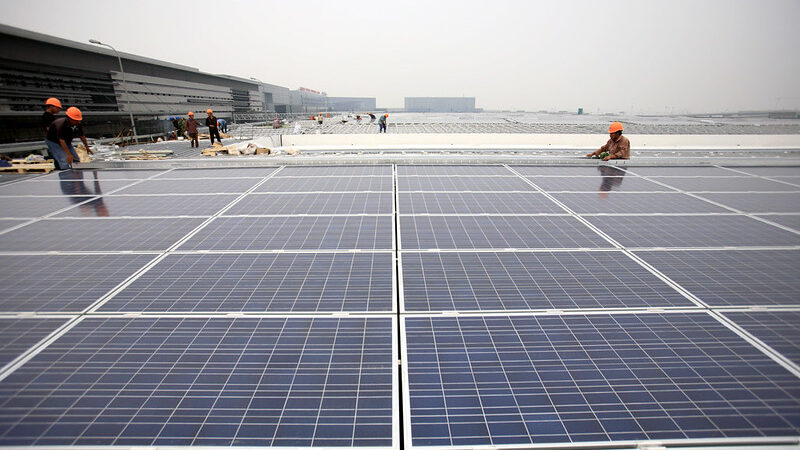 China rebuffed a call to resume climate cooperation with the US on Tuesday, instead criticising the US’ record on climate finance and asking for an end to sanctions against Chinese solar panels.

Earlier this month, China cancelled a climate working group with the US after congressional leader Nancy Pelosi visited Taiwan. Beijing regards the island state as part of China, despite its independent democracy, and enforces its diplomatic isolation from the rest of the world.

As the US passed $370bn of climate measures in its Inflation Reduction Act, the US’s ambassador to China Nicholas Burns tweeted “the US is acting on climate change… [China] should follow and reconsider its suspension of climate cooperation with the US”.

The U.S. is acting on Climate Change. The recent bill passed by Congress is the largest climate investment in our history and could lead to a roughly 40% reduction in U.S. emissions by 2030. The PRC should follow+reconsider its suspension of climate cooperation with the U.S. https://t.co/BmvnaIkiib

China’s foreign ministry account responded coolly. It quote-tweeted Burns saying: “Good to hear. But what matters is, can the US deliver?”

Our suggestion: Start by lifting sanctions on Xinjiang’s photovoltaic industry +fulfilling its pledge under the Green Climate Fund+ contributing the US’s fair share of an annual $100 billion​​ climate​ finance committed​ by developed countries to deleveping countries.

The public sparring continued, with Burns replying: “Combatting climate change is a shared responsibility. [China] accounts for 27% of global emissions, the US 11% so why doesn’t [China] resume our climate dialogue? We’re ready.”

The Inflation Reduction Act is now law, you can bet 🇺🇸 will meet our commitments. But combatting climate change is a shared responsibility: PRC accounts for 27% of global emissions, the U.S. 11%, so why doesn’t the PRC resume our climate dialogue? We’re ready. https://t.co/Z3XOaYIUWb

The cancelled working group would have brought together experts and politicians from both countries to collaborate on issues like methane emission reductions, clean electricity, the circular economy and climate action from cities. 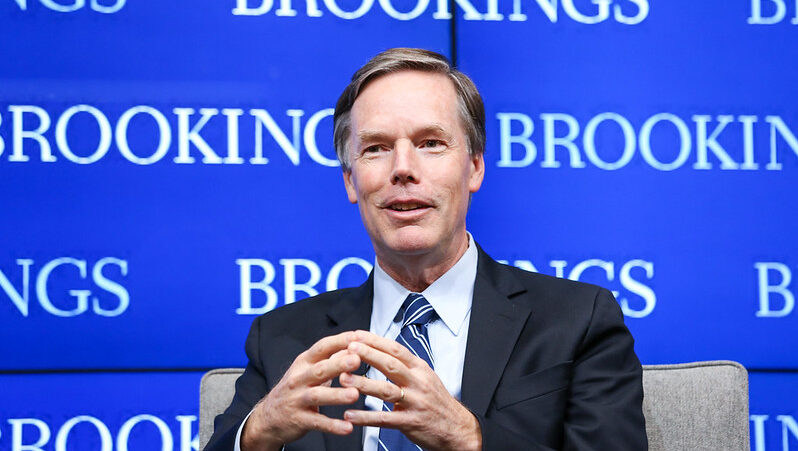 The Inflation Reduction Act is the US’ largest ever climate spending package. Princeton University’s Repeat project estimates the bill will cut US emissions by 42% between 2005 and 2030. Previously, it was on course for a 27% reduction and it’s target is 50-52%.

The Biden Administration has seized the moment to call on other big emitters to raise their game. But negotiators from emerging economies told Climate Home that while US action could help bring down clean technology costs for everyone, they needed direct support to increase their ambition.

The US lags other developed countries in providing climate finance, including through the UN’s flagship Green Climate Fund. President Joe Biden promised more, but has yet to deliver, and his chances of getting funds through Congress are expected to shrink after November’s midterm elections.

China’s call to end sanctions on the solar industry of the Chinese region of Xinjiang is unlikely to be heeded. The US and independent experts say that quartz, a key ingredient in  polysilicon and therefore solar panels, is mined in Xinjiang by forced labourers from the Uyghur ethnic minority.

The US has banned imports of all goods made in Xinjiang and customs official have seized shipments of solar panels suspected to contain quartz and polysilicon from Xinjiang at the US border.

A 2021 report by Sheffield Hallam University researchers found that Uyghur people were forced to produce quartz and polysilicon under China’s “labour transfer” and “surplus labour” programmes. The Chinese government claims these work programmes are voluntary.

Around 95% of the world’s solar modules rely on solar-grade polysilicon, the report says, and 45% of this is produced in Xinjiang. This polysilicon can be found in solar panels produced and used anywhere in the world.

Burns’s claim that China’s emissions are far higher than the US’s is true but only part of the story. China has over four times as many people, so the average Chinese resident is responsible for half the emissions of an American.

According to Bloomberg New Energy Finance, China spent around $300bn a year on the energy transition last year while the US spent $120bn, counting public and private investments.