Comment: With a US-EU summit scheduled following the G7 meeting, Biden and EU leaders have an opportunity to usher in a new era of collaboration on climate action 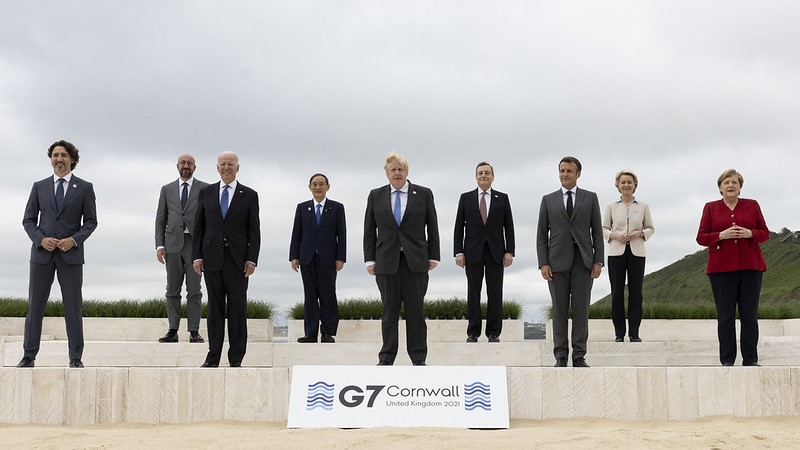 As Joe Biden prepares for the G7 summit and a meeting with European Union leaders, all participants may be tempted to do little more than breathe a collective sigh of relief that his predecessor’s assaults on the global order are over and vow to patch it up.

But Biden’s first trip abroad as US president – to the UK and then continental Europe – offers no such luxury. The reason: growing global-warming threats that Donald Trump recklessly dismissed during his four years in the White House.

The Biden administration’s swift and salutary move returning the US to the 2015 international accord to fight climate change must be followed by stepped-up worldwide actions to counter the more frequent heat waves, storms and floods tied to greenhouse-gas emissions. For this to happen, transatlantic cooperation and leadership are crucial.

The most pressing matter – politically and economically – is for developed countries to make good on a pledge to channel $100 billion a year to poorer nations to help them adapt to climate change and invest in clean energy. The commitment, made in 2009, was supposed to be fulfilled last year and has yet to be reached.

Donor countries’ failure to deliver on time was particularly unfortunate given the outbreak of the Covid-19 pandemic, which has sparked concerns in developing nations about worldwide solidarity over vaccines. This has created a potential global fault line that the fight against climate change cannot afford.

Amid doubts about the world’s willingness to enact the landmark United Nations climate agreement reached almost six years ago, a fresh vow by G7 leaders at their 11-13 June meeting to mobilize the $100 billion annually – and firm pledges to back it up – would bolster global political confidence and unity.

This is much needed in the run-up to the high-level UN global-warming conference, or Cop26, due to take place in November. The developing world – places such as Puerto Rico, Zimbabwe and Myanmar – must cope with the impact of wealthy countries’ decades-long use of fossil fuels and limit its own appetite for such dirty energy. Annual adaptation costs are estimated at $70 billion already and are projected to reach $300 billion by 2030.

Donor countries have a duty to deliver the promised funding. Doing so would serve as political glue for the world as it embarks on an energy overhaul.

Credible progress on the $100 billion commitment is a make-or-break issue for Cop26 – and G7 leaders can do much at their gathering in Cornwall to improve the chances of success five months down the road.

The ensuing EU-US summit in Brussels on 15 June is a chance for both sides to underpin these broader goals with concrete initiatives of political and economic importance.

First, to reassure vulnerable countries, the two players can set out how to make up for the funding gap last year and promise that support in 2021 will exceed the $100 billion mark.

Second, Washington and Brussels should commit to making the UN goal of limiting global warming to 1.5 degrees Celsius above pre-industrial levels a guiding diplomatic and foreign-investment principle.

This would set the stage for a transatlantic push to end fossil-fuel financing by the European Bank for Reconstruction and Development, of which the US is a founding member.

There is plenty more low-hanging fruit on the transatlantic climate tree.

Washington could vow to make its finance footprint in Europe fossil-free, for example in relation to US support for the “Three Seas Initiative” to expand energy and transport links among countries on the EU’s whole eastern front.

The US could also join the EU-backed International Platform on Sustainable Finance aimed at using regulatory cooperation to spur private-capital flows toward environmentally friendly investments. The bloc has its own recent classification system for sustainable economic activities.

Ultimately, the US and EU must work to align their domestic climate policies for a common path to net-zero emissions – a move that would remind the world of the promise of multilateral cooperation.

These ambitions require the EU and US to revamp a key policy forum – the Transatlantic Economic Council – by anchoring it in climate priorities. That in turn would require the body to broaden its focus to cover policies such as competition that are relevant for a green-driven economic transition.

If this requires a name change to the “Transatlantic Green Economy Council”, so be it; the new branding would send a powerful message that climate is at the heart of US-EU cooperation on economic, trade and foreign-policy matters.

In any case, the challenges of avoiding catastrophic global warming are so pressing that the US, EU and other G7 leaders must show that the Trump era is truly behind us by being truthful and courageous about the policy steps needed.