The host nation of UN climate negotiations in November says it will help participants to access Covid-19 vaccines, as part of a support package to developing countries 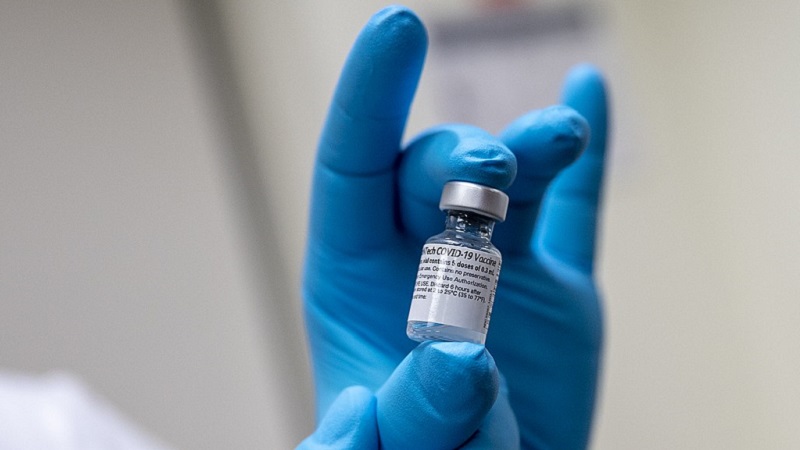 The Covid-19 vaccine rollout has been far faster in rich countries than poorer ones (Photo: US Secretary of Defense/Flickr)

The UK is planning to provide Covid-19 vaccinations to delegates to the Cop26 climate summit in Glasgow, which are being held in November, the government announced on Thursday.

Following months of speculation about how the conference could go ahead safely with thousands of participants from around the world and a coronavirus pandemic still raging, the hosts said they would make it a priority for vaccine aid.

“In order to enable more representatives to attend safely we will work to provide vaccines to those accredited delegations who would be unable to get them otherwise,” the government said in a statement. “We are exploring with the UN and partners how we can work together to deliver this offer.”

It came as G7 leaders converged on a resort in Cornwall to discuss issues including Covid-19 and climate finance. At the three-day summit, they are expected to agree a plan to supply one billion vaccine doses to developing countries in a push to end the pandemic in 2022, with the UK pledging 100 million doses.

Climate diplomats and civil society have long warned that an inequitable global rollout of vaccinations was a threat to the prospects of an inclusive, in-person Cop.

In April, the UN reported that nearly one in four people in high-income countries had been vaccinated compared to just one in 500 in low-income ones. Oxfam analysis this month found that, at the current rate, it will take 57 years to vaccinate everyone in the world.

A survey of Cop26 national delegations by Politico found 42% had been jabbed, based on responses from 51 out of 197 parties to the talks. But while all richer countries expected their delegations to be fully vaccinated in public programmes by November, around a third of developing countries did not.

Ethiopia has provided just 1.6 vaccine doses per 100 people. Mulneh Ghedeto who is expected to attend Cop26 on behalf of the Ethiopian government, told Climate Home News this was “fascinating news for most of [the] delegates in the global South”.

He added: “We will see how it unfolds but it is the first step towards the right direction. The rollout undoubtedly requires working closely with ministry of health within each country as well as international agencies, including the UN.”

Another developing country diplomat told Climate Home News: “It’s definitely good news but the devil will be in the details. Hopefully this will lead to a safe, productive Cop26 that delivers on our mandate. There is so much work to do.”

An African diplomat said that targeting Cop26 delegates for vaccination was “an unavoidable consequence” of the stark discrepancies of vaccine rollout between rich and poor nations. They added this was “an insignificant gesture to ensure full participation at the talks” compared to the effort needed to vaccinate the entire population of low-income countries.

There are 20 weeks until the start of Cop26. Some vaccines require two doses with an 8-12 week gap in between, while the Johnson and Johnson vaccine can be injected in one dose.

Organisers refused to say in a briefing to negotiators last week whether Covid vaccination would be a precondition for entry. But they offered assurances the venue for the talks, the Scottish Event Campus, was well ventilated and large enough to receive them under strict safety and hygiene protocols.

Delegates would very likely be asked to wear masks inside the venue and get tested upon entering the UK, before and during the conference. Any isolation protocols would need to be agreed in advance with the UN and all countries.

It was not immediately clear whether the vaccine support would be extended to the civil society observers and journalists that typically attend climate summits or only national negotiating teams.

Some campaigners from developing countries oppose vaccinating Cop26 delegates ahead of healthcare workers and the general population.

Tasneem Essop, executive director at the Climate Action Network International, told Climate Home News in March that it was “queue-jumping” and broader solidarity was needed.