Brazil, South Africa, India and China say EU plans for a carbon levy on imported products like steel and cement will unfairly penalise their economies 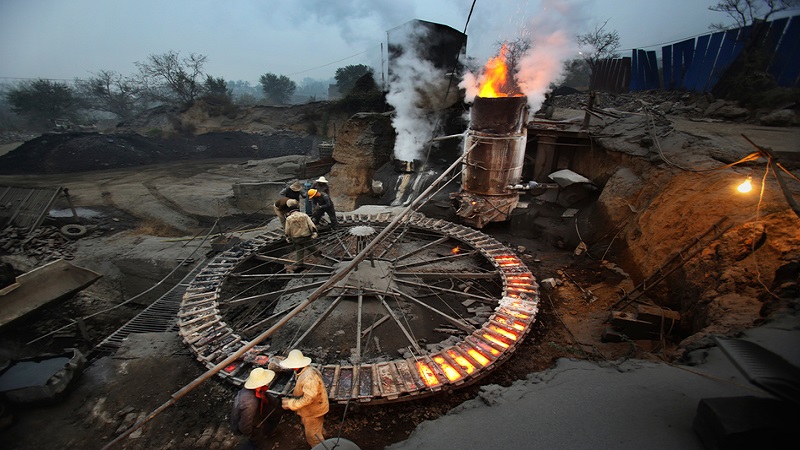 European Union plans to impose taxes on carbon at its border are “discriminatory” and unfair to developing nations, ministers from Brazil, South Africa, India and China have warned.

In a joint statement, the four nations, known as the Basic countries, “expressed grave concern regarding the proposal for introducing trade barriers such as unilateral carbon border adjustment”.

The EU has proposed to impose a levy on carbon-intensive products imported into the union from countries which do not have a price on carbon. Its supporters argue it is necessary to avoid carbon leakage, where producers of energy-intensive products like steel, cement and aluminum move out of the EU to countries with weaker environmental regulations.

But ministers from large emerging economies described the proposal as “discriminatory and against the principles of equity and [common but differentiated responsibilities and respective capabilities]” – a UN term meaning that developed countries, which are historically responsible for causing the climate crisis, should do more to address it than developing ones.

Byford Tsang, policy adviser at think tank E3G, told Climate Home News he believed this was the first time the group of Basic countries had issued such a rebuke against the EU’s plan.

“It’s a reflection of the concerns that developing countries have,” he said. “All will rest on how the EU designs this proposal and whether it will consult with its partners ahead of the official launch, which is not expected until 2023”.

European Commission vice-president Frans Timmermans recently told an event that if other countries moved to tax carbon on exports, then “the reason for a [carbon levy on imports] disappears”. If they don’t, he said, he would have “no hesitation what so ever” in moving forward with the plan. The EU is expected to unveil its proposal amid a climate policy package in June.

Critics of the proposal argue it is protectionism disguised as climate action which will damage the economies of countries poorer than the EU, at a time when they are struggling with the economic fallout from Covid-19 and can least afford it.

Speaking on condition of anonymity in February, a South African trade official told Climate Home News they were concerned developing nations would shoulder most of the burden. South Africa, which still relies heavily on coal for electricity, would likely lose investment and jobs.

“It would be problematic if the final mechanism shows intolerance for the fact that we are developing at different paces, particularly in the developing world,” they said. Comparing it to Donald Trump’s border wall with Mexico, they added: “Both of them have the harshest, most severe impact for people from developing countries.”

In a recent interview with Lights On newsletter, Charmi Mehta, a consultant with the Indian think tank Finance Research Group, raised concerns the proposed border levy would disadvantage Indian steel and iron-makers, damaging the economy and making it harder for the sector to transition away from fossil fuels.

“Who is the EU to hold countries like India up to their word?” Mehta said. “Somebody who has been at the forefront of what caused climate change is not exactly the legitimate authority to hold others accountable today.”

Tsang, of E3G, said China was concerned the EU’s proposed carbon border tax would not just apply to carbon-intensive products like iron and steel but expand to other manufacturing products. “There’s a very real worry about extra tariffs put onto China’s products. The other concern is that it is a unilateral measure and that is not in line with the Paris Agreement because it’s against the principle of common but differentiated responsibilities.”

Responding to the Basic countries’ statement, Susanne Dröge from the German Institute for International and Security Affairs, told Climate Home News: “I do not think that a [carbon border levy] is discriminatory per se or per definition. There are many design options that could take care of the [common but differentiated responsibilities] principle and the diplomacy surrounding it could add to this too.”

With the proposal yet to be finalised, “the warnings are based on speculation,” she said in an email. “I would always recommend general exemptions from a [carbon border levy] for poor countries and/or for minimal amounts.”

She added that revenues from the scheme would need to be earmarked to support developing nations most affected.

Controversies surrounding the idea point to a paradox, Dröge wrote: as richer nations do more to cut emissions and protect themselves from carbon leakage, they are blamed for the tools they choose. A carbon border tax is “the flip side of [the climate action] coin”.

US president Joe Biden promised in his election manifesto to explore a similar mechanism but climate envoy John Kerry recently told the Financial Times that the EU should only implement its carbon border tax as a “last resort” and not before the Cop26 climate talks, scheduled in November.