Sponsored content: A climate education app for Armenian high school students is one example of innovation supported by the Adaptation Fund 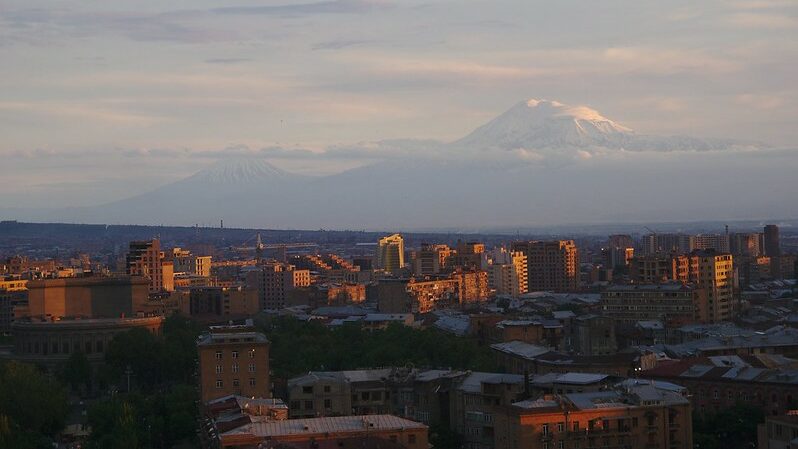 Armenia’s Ministry of Environment is aiming to create a digital climate education platform for over 30,000 high school students, as part of a wider effort to increase future resilience.

Led by the Environmental Project Implementation Unit (EPIU), the programme is still in its early stages, but has plans to influence young people in engaging with the climate adaptation space, through a number of participatory actions.

“The approach of designing interconnected sets of activity components is aimed at creating digital education modules for pupils of high schools with the purpose of nurturing an environmentally cultured generation of future change-makers,” said Lusine Hovhannisyan, International Projects Cooperation Manager at the EPIU.

“We think this generation will be capable of dramatically increasing in-country professional capacities and contribute towards climate-resilient policies, programmes, and projects,” Hovhannisyan added.

At the centre of the project is the development of a gamified learning app compatible with iOS and Android, as well as an online contest where winning students will be rewarded a financial prize and the opportunity to present their ideas to a wider audience of regional authorities, international organisations, and environmental donors.

The team also plans to establish a map of national climate adaptation “hot-spots” to understand where engagement in climate activities is lowest, so to be able to better assist specific regions going forward.

“Participation of communities in the process of debates on climate adaptation practices is extremely low in the Republic of Armenia,” Hovhannisyan said, adding that “critical learning and awareness-raising components contribute to the increased knowledge and participation of the whole population.”

The project has been funded through a set of new grants under the Adaptation Fund’s Innovation Facility, specifically tasked with developing a broad range of innovative projects through targeted financing.

As a major financing window, the Facility is a part of the Innovation Pillar, one of the three focal areas of the Fund’s work and which emerged from a 2018 Medium Term Strategy focusing on Action, Innovation and Learning and Sharing. It sits among a number of other innovative activities developed by the Fund including novel resource mobilisation elements and Direct Access, a tool that allows accredited national institutions to directly access climate financing and build country ownership in adaptation.

“One reason for focusing on innovation is that available overall adaptation finance is woefully inadequate globally, and while the volume of finance has to increase and is increasing, we also need to find new solutions that help build resilience in new and more efficient ways than the previous ones, to use limited resources for a greater impact,” said the Fund’s manager Mikko Ollikainen.

“The idea behind these new programmes is to take innovation a step further, to accelerate innovative adaption practices, technologies and tools on the ground, as well as create a knowledge base of what innovative solutions are effective and can be scaled up to contribute to addressing the urgency and enormity of climate change adaptation,” Ollikainen added.

The Facility offers three different types of grants for “promising, innovative projects” on a competitive basis and these differ in terms of grant amount, modality, and purpose. Available are two categories of smaller grants worth up to $250,000 each, which aim to accelerate new innovations and generate an evidence base of effective practices.

They can be accessed directly by the Fund’s National Implementing Entities (NIEs) under Direct Access, or through the  Adaptation Fund Climate Innovation Accelerator by a diverse range of stakeholders such as community groups, agencies, NGOs, young innovators and entrepreneurs.

The third type of grants are larger – up to $5 million each – and aimed at countries or regions that can roll out proven solutions to help with scale-up efforts. They are available to all the Fund’s accredited national, multilateral and regional implementing entities.

As well as the Armenia project, since late 2019, three other beneficiaries have been rewarded innovation grants including the Chilean International Cooperation Agency for Development (AGCID), which is tackling water shortages in the district of Valparaíso. 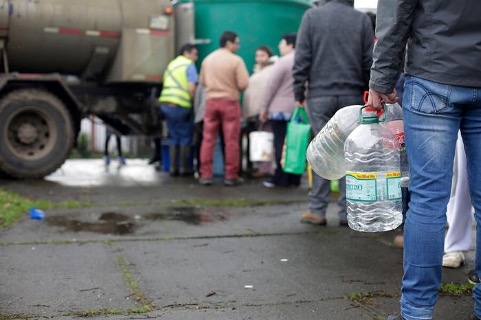 The application came in response to a regional emergency announced that summer by the Chilean Government, which declared Valparaíso a “Drought Catastrophe Zone,” having experienced one of the driest seasons of the previous 50 years. AGCID plans to use the $230,000 grant to strengthen urban adaptation practices and improve water distribution across the district to mitigate the impacts of future droughts.

Other approved small NIE innovation grants to date include strengthening technological innovation in the Dominican Republic through development of a pilot thermo solar desalination technology, and improving water and food security in Antigua and Barbuda.

“By targeting the most vulnerable communities and social groups, small grants empower and engage those on the ground, offering more freedom to innovate, as well as the opportunity to scale up proven adaptation via larger grants.”