Sponsored content: The Adaptation Fund’s pioneering process of ‘direct access’ to funds for climate projects is helping over 30 vulnerable nations, from Costa Rica to Senegal 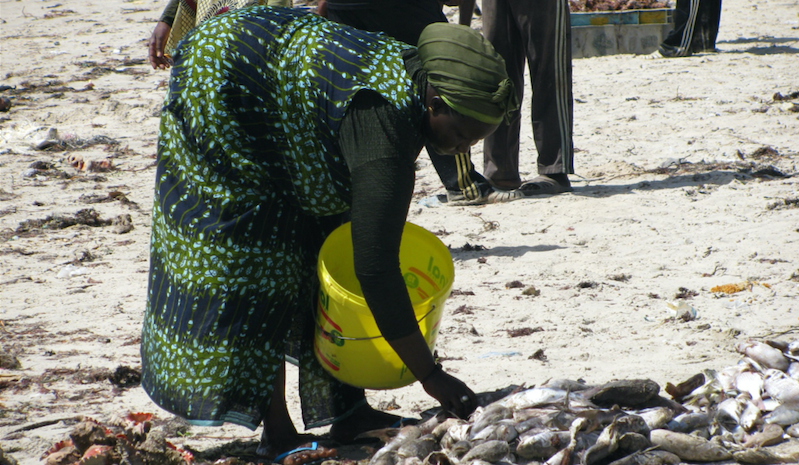 Senegalese beaches are vulnerable to climate change, but an AF funded project has helped. (Photo: CSE/AF)

Senegal’s exposure to the Atlantic Ocean makes the west African nation particularly vulnerable to the impacts of climate change.

For the many communities along the country’s coastline, flooding and erosion bring significant social and economic damages.

It is predicted that 55 to 86 kilometres of Senegalese beaches will disappear if there is a one metre rise in sea levels by the end of the century. This would cause severe damage to houses, farmland, and important habitats like mangrove swamps.

However, over the last decade, the country, which is one of the smallest contributors to global emissions despite being among the most vulnerable to the impacts of climate change, has seen a number of adaptation and resilience efforts to tackle the growing problem.

In 2010, the Centre de Suivi Ecologique of Senegal (CSE) became the first of its kind to be accredited by the Adaptation Fund under Direct Access – then, a revolutionary new mode of financing among climate funds.

Previously, money for adaptation projects could only be channelled through multilateral institutions outside of the country. Although the government is still involved in that process in various capacities, it involves an additional layer that can be a little more costly and takes more time.

But with Direct Access, by instead utilizing an institution inside the country, the nation can directly identify and develop projects and access funds while also leveraging local expertise.

Through Direct Access, national institutions, known as National Implementing Entities (NIE’s), are able to directly access climate finance for adaptation and resilience projects, as well as manage all aspects of a project’s lifespan.

“Since it empowers countries to build their capacities to adapt to climate change through accredited organizations based in the countries themselves, it reduces their reliance on outside or multilateral institutions and experts,” said Mikko Ollikainen, Manager of the Adaptation Fund.

Nearly half of the  30-plus NIE’s accredited by the Fund to date are in Small Island Developing States (SIDS) or Least Developed Countries (LDC’s), reflecting the Fund’s  focus on the most vulnerable.

“Small island developing states have long advocated for direct access. It is a key tool for scaling up efficient access to finance and for optimizing impact for the most vulnerable,” said Amb. Janine Felson, Deputy Permanent Representative of Belize to the United Nations and Deputy Chair of AOSIS, a coalition of 44 small island and low-lying developing states.

“It also helps to build our domestic capacity and systems; and ultimately maximises the flow of funds to the beneficiary government and people,” she said. “Direct access is a key factor in our country ownership paradigm.”

“With the accumulating costs that our small islands face to adapt to the extremes of climate impacts, direct access eliminates the intermediary cost for project implementation and puts the funds in the hands of those who need it the most. There can be no better illustration of impact.”

Meanwhile, the AF NGO Network, grouping over 250 civil society organisations to support the most vulnerable and help ensure the Fund’s benefits, said, “by pioneering direct access to adaptation finance for developing countries, the AF has incentivised institutional capacity building for national institutions that have sought accreditation with the Fund,” which can result in “transformational shifts”.

The network stressed that direct access is a long-term investment and must be increased in climate financing, especially for developing countries.

“That is why the AF plays such an important role in the international climate finance landscape,” it advised.

“AF’s Direct Access modality has improved project sustainability through stronger country ownership and enhanced involvement of local stakeholders in project execution. This has allowed developing countries to build a track record of project implementation, thereby enhancing their ability to attract other financial sources beyond the scope of the AF.”

For Senegal – an LDC – this was explored through an AF project between 2011 and 2014 in Saly Portudal, Joal, and Rufisque – three seaside towns just south of the capital city of Dakar.

A multi-faceted approach was taken to rebuild, restore, and reclaim the coastline, which was disappearing due to sea rise and flooding.

Awareness of climate change was also increased through local radio shows, and hundreds of residents were directly trained in climate adaptation strategies. The project ultimately received recognition as a Lighthouse Activity under the UN Momentum for Change awards in 2012.

“In Senegal, the first project financed by the Adaptation Fund not only made it possible to implement concrete adaptation actions, but also to catalyse other financing in the field of coastal protection with the World Bank and the West African Economic and Monetary Union (WAEMU),” said Aïssata Sall, coordinator at CSE.

“This has also made it possible to test options for combating coastal erosion and to gain a knowledge base on the implementation of large-scale projects,” she added. 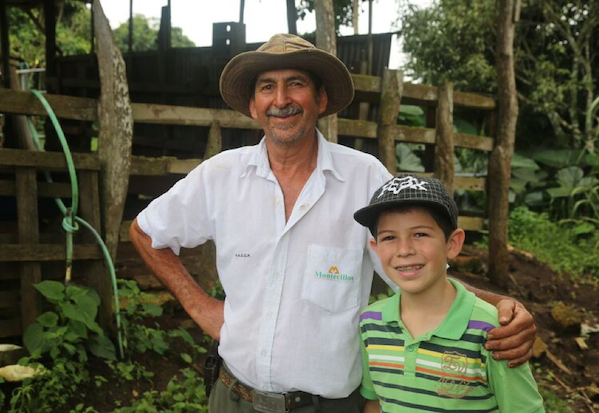 The programme in Costa Rica has benefited a number of communities. (Photo: Fundecooperación/AF).

Another country to have benefitted from the Adaptation Fund’s model is Costa Rica, which in 2015 directly accessed USD $10 million through the NIE, Fundecooperación para el Desarrollo Sostenible.

The programme has focused on improving the resilience of the agriculture, coastlines and water sectors with a wide range of activities across 40 projects.

One significant component of the work has been supporting traditional and indigenous production systems and diversified farming models by training families and sharing knowledge amongst communities.

The project is training 3,000 beneficiaries on adaptation measures and climate risk reduction, improving water supply for 25,000 people to manage climate risks and demonstrating 90 distinct sustainable and resilient practices, like soil management and planting techniques, on farms.

Furthermore, the success of the project led to it being the recipient of the international Innovagro Award for Social Innovation last year.

“Through direct access it is possible to speed up the access to funding, but it also allows us, the country, to own our own process,” said Carolina Reyes, a programme coordinator at Fundecooperación.

“Direct access allowed us not only to manage the programme financially, but to determine as a country what we need in terms of adaptation and how to achieve the results, as a bottom-up and top-down approach and country-driven process,” she added.

Costa Rica has also been assisted in the process of directly accessing funds through the Readiness Programme of the Adaptation Fund, which works with countries to support their NIE’s. Senegal has further become a south-south peer leader in the programme.

“Through the readiness programme, the Fund provides grants to build capacity to access climate finance, to formulate projects, to address environmental, social, and gender issues, and to develop plans for project scale-ups”, said Farayi Madziwa, who leads the Readiness Programme.

“It also facilitates dialogue, interaction, knowledge exchange, and learning for NIE’s by holding an annual seminar exclusive to accredited NIE’s only, and also through regional workshops, training webinars, and country exchanges”, he added.

“It has led to the formation of a Community of Practice wholly led and driven by the NIE’s themselves and has grown to include Direct Access entities of other funds.”

The AF NGO Network said the readiness programme contributes “significantly” to strengthening direct access, adding that “the AF can be considered not only a pioneer of direct access but also a best practice example of creating an enabling environment for it”.

Since its conception, direct access has approved 30 projects in 22 countries, and is predicted to benefit over 2 million people. These numbers will only rise.

“We are still very much in a learning-by-doing mode with direct access, but it is heartening to see how many countries are very quickly accelerating their ability to address climate risks,” said Ollikainen.

He added that AF’s Direct Access model has since been emulated by other funds and has often catalysed further investments and opportunities in climate finance for countries that have gone through it first with the AF.

These have included scaling up of AF projects, additional accreditations and greater national priorities and investments placed on adaptation.