Sponsored content: With over 90 countries involved in Adaptation Fund activities, a rich knowledge base has been created for countries 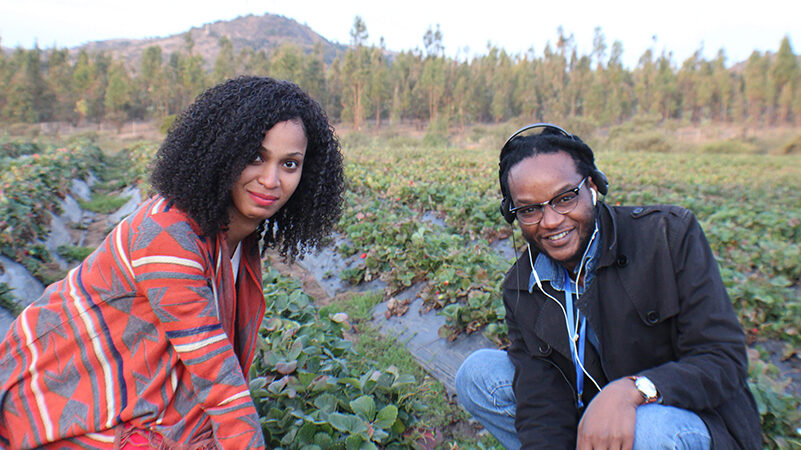 Participants of 2019’s Chile country exchange. AF NIE participants from Antigua and Barbuda (l) and South Africa (r) pictured at one of the farms supported by the Chile project (Photo: Marc Neilson/Adaptation Fund)

Last year, participants from 12 different nations met in a drought-stricken region of central Chile to share lessons on how to adapt water and resilient agriculture practices to tackle climate change.

The representatives learnt new ways to plough and aerate fields at risk of drought and how to adapt irrigation and water collection to more unpredictable rainfall by viewing resilience efforts first-hand in the South American country.

By bringing together various nations, with unique ways of tackling the issues they face on a daily basis, such exchange visits help to work towards a common goal of climate adaptation.

For example, the water collection techniques can be applied in similarly dry areas. “I’ve seen a lot of ideas that can be taken to Armenia,” said then-director Meruzhan Galstyan of Armenia’s NIE, EPIU, after participating in the exchange. “There are also things others can learn from us and how we deal with our problems. We will continue communicating and sharing our ideas and our experiences.”

Sharing and learning from tangible actions in the field is a big part of the Adaptation Fund’s focus.

With 100 concrete adaptation projects on the ground and activities in over 90 countries, the Adaptation Fund has developed a rich knowledge base that countries and others can learn from to multiply the efforts of the Fund’s work. All the projects also include a knowledge management component built into them.

For example just last month the Fund’s NIE in Costa Rica, Fundecooperación para el Desarrollo Sostenible, launched the first in a series of webinars to share results and lessons learned from its multi-sector adaptation project.

Fundecooperación director Marianella Feoli signalled the idea of a virtual series came about as part of adapting to the changed dynamics of the Covid-19 situation.

Over the last few years the Adaptation Fund has further increased its capabilities to support learning, and a 2018 independent evaluation concluded that the Fund was making substantive progress in learning activities and had “the potential to lead knowledge management on adaptation”.

Now, Learning and Sharing is one of the three pillars (action and innovation are the others) of the Adaptation Fund’s five-year Medium Term Strategy; a plan launched in 2018 which aims to add new tools to further support its concrete actions in climate vulnerable countries, building on the UN Sustainable Development Goals and serving the Paris Climate Agreement.

Within the learning pillar, case studies, new learning grants, thematic studies and country exchanges like the one in Chile are being generated to share experiences, best practices and lessons and ultimately enhance adaptation on the ground. Interactive e-learning courses are also offered to help NIEs and stakeholders improve access to climate finance.

The strategy “recognizes and responds to the fact that accelerated global actions are needed to strengthen adaptation capacity and reduce vulnerability,” said Mikko Ollikainen, Manager of the Adaptation Fund.

“To that end, as one of the early movers in climate adaptation with currently a sizable portfolio of projects, we also see it as our responsibility to make lessons available for other actors that may benefit from them.”

For Chile, the nearly US$ 10 million project funded by the Adaptation Fund utilizes innovative approaches to support small farmers in generating and saving water, and diversifying crops.

The project,  “Enhancing resilience to climate change of the small agriculture in the region of O’Higgins”, is also the first adaptation project in the country and is generating replicable models that can be scaled up in other vulnerable areas.

Located just south of Chile’s capital Santiago, O’Higgins is one of the areas most affected by precipitation decrease and is currently experiencing a 10-year drought.

Climate change is projected to exacerbate water scarcity and soil degradation – an issue that farmers in the region are already struggling with.

“The project’s goal is to increase the resilience of rural agricultural communities in the O’Higgins region,” said Violeta Leiva, project manager at Chile’s NIE, the Chilean Agency for International Cooperation and Development, which implements the project.

“It benefits 2,000 small farmers and their families, increasing their capacities on water and soil management, and also improves access to agroclimatic information helping the communities to better respond to climate variations”, she added.

Representing 12 countries, the NIEs spent two days on demonstrative visits at the rural Chilean project sites and three days in workshop settings in the capital. NIEs further shared lessons from their own projects.

“The exchange offered the benefit of working with various, multi-sectoral partners to capitalize on a diverse knowledge base. It was a great platform to have peer-to-peer communications and share knowledge,” said Leiva. 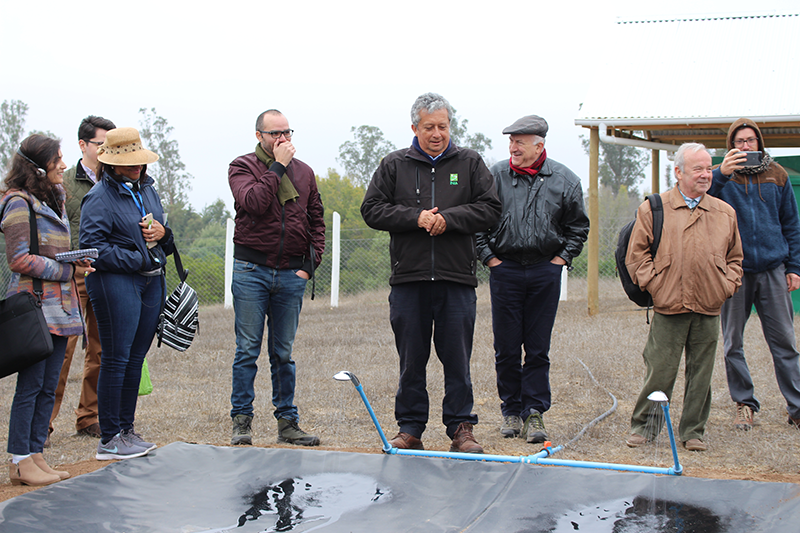 One particular issue discussed was ploughing techniques, where demonstrated subsoil plows  are supporting Chilean farmers to perform minor tillage to create space for water to permeate the ground and improve soil fertility, while retaining water and preventing erosion.

Several NIE’s are applying learning aspects from the Chile exchange to further their own AF-funded and cross agency adaptation projects.

The South African National Biodiversity Institute used rainwater catchment tanks to better prepare for water shortages; Micronesia Conservation Trust incorporated farmers’ collective weather planning for long-term drought prediction into a project they are working on for the Green Climate Fund; and Fundación Natura of Panama expanded participation from technicians to include producers and local governments in applying new agroclimatic information.

“While the agroforests of Micronesia and the farming regions of Chile are at first glance so very different, this exchange gave me a more thorough understanding of the similarities we, and other regions and countries around the world, face due to the impacts of climate change,” said Tamara Greenstone Alefaio, Conservation Program Manager of MCT.

“To return with an idea like the farmers’ early warning system that would work for us, too, that’s a successful exchange,” she added.

“With the visit to Chile, the work that is being started in Panama with agroclimatic roundtables was strengthened,” said Vilna Cuéllar, Manager of Special Projects at Fundación Natura in Panama.

Overall, the exchange allowed for a cross-cultural sharing of methods, techniques, and traditional practices.

Along with valuable exchanges, piloted practices and lessons derived from Adaptation Fund concrete projects can help lead to scale up or replication of its projects by other funds.

One such example is the Fund’s project in Colombia titled “Reducing Risk and Vulnerability to Climate Change in the Region of La Depresion Momposina in Colombia”.

Lessons learnt from the successes of the project have been carried into a direct scale-up project by the Green Climate Fund, allowing for vital work in the region to expand and impact even more beneficiaries.

The importance of the Adaptation Fund’s knowledge work has been recognized at the international level.

“The Adaptation Fund plays an essential role in generating and sharing vital knowledge that protects the wellbeing of the most vulnerable people,” wrote Patricia Espinosa, Executive Director of UNFCCC, in an article that was published to mark the Fund’s 10th anniversary in 2017.

“Over the last 10 years, the international community has greatly benefited from this activity and is currently building on the wealth of experience amassed by the Adaptation Fund”.