No time for loopholes: Japan must immediately end all overseas coal finance

Comment: Environment minister Shinjiro Koizumi promised to scrap funds for dirty power plants abroad, but the government is making too many exceptions 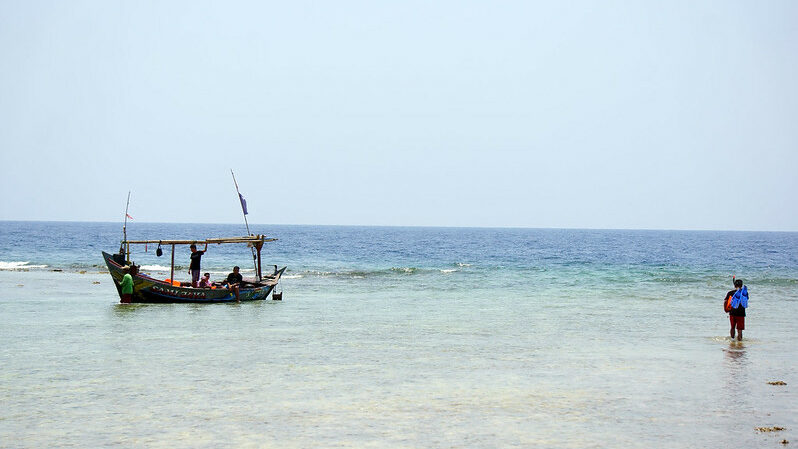 By Lidy Nacpil and Susanne Wong

Tragic events caused by torrential rains pouring down on southwestern and central Japan last week awakened us to the urgent need to accelerate action on climate change.

Koizumi, the charismatic Japanese environment minister and son of former Prime Minister Junichiro Koizumi, raised hopes that Japan would finally stop spending billions exporting the dirty, climate-wrecking technology. Coal is one of the dirtiest fossil fuels and is responsible for nearly one third of the global rise in temperatures.

However, the Japanese government came up short.

Last week, the government issued a policy stating that, “in principle,” it will not finance overseas coal plants for any country that does not have a decarbonization policy. While recognizing that it is new for the Japanese government to say no to coal finance, the policy contains dangerous exceptions allowing financing for so-called “highly efficient” coal technologies and will not apply to coal plants already under consideration.

According to climate experts, building any new coal plants is inconsistent with meeting the goals of the Paris Agreement and averting catastrophic climate change. Rising sea temperatures have led to more frequent and severe rainstorms, like the current deluge that has left at least 68 people dead in Japan’s southern Kumamoto prefecture.

Instead of taking bold action in line with the global exodus away from coal and taking action to avert the worst impacts of the climate crisis, the Japanese government chose to maintain loopholes that allow continued financing of coal projects. The projects in Japan’s coal financing pipeline have also come under fierce scrutiny for human rights violations, impacts on health and livelihoods and problems with economic viability.

Consider Vung Ang 2 in Vietnam, Indramayu in Indonesia and Matarbari 2 in Bangladesh.

Vung Ang 2 drew the consternation of Koizumi who initially called on Japan to reject financing for the project earlier this year. According to financial think tank Carbon Tracker, it is already cheaper in Vietnam to invest in new solar panels than new coal plants. New onshore wind power is expected to become cheaper than coal power by next year.

Groups in Japan and Indonesia recently launched a petition calling on the Japanese International Cooperation Agency (JICA) to reject financing for the Indramayu coal plant in Indonesia. The project threatens the livelihoods of thousands of farmers and fishermen and is associated with serious human rights violations. The petition says, “the project must not be pushed through at the expense of the livelihoods and environment of the local community, or in exchange for future generations’ opportunities and choices, and global climate”.

The Matarbari 2 coal plant in Bangladesh is also facing opposition. 44 groups in 18 countries issued a letter calling on JICA to reject support for the project. In light of the devastating impacts of Covid-19 and supercyclone Amphan on Bangladesh, groups stated “Simply put, Bangladesh cannot afford another coal-fired power project which is likely to be a stranded asset and need a huge amount of government subsidy.”

JICA’s involvement in the Matarbari coal-fired power plants contravenes its climate strategy, which says JICA will support the transformation to a low-carbon society in developing countries in line with the Paris Agreement.

We are deeply disappointed that the Japanese government’s policy on coal still falls short of what is needed to prevent catastrophic climate change. Japan must stop ignoring the demands of communities across Asia and calls across the world to completely and immediately end its overseas coal finance.

Over the last few months, government and corporate officials have signaled their intent to stop financing overseas coal power plants. This is no time for signals. No time for exceptions. The urgency of the climate crisis requires bold leadership and action from governments like Japan. It is time for a swift and just transition to renewable and clean energy that is not only possible but is urgently needed.

The Japanese government has been, and will continue to be, the subject of international criticism until it categorically ends its support for coal-fired power plants.