Comment: Japan reiterates past pledges for 2030 rather than mapping out a radical overhaul needed by the world’s fifth largest greenhouse gas emitter 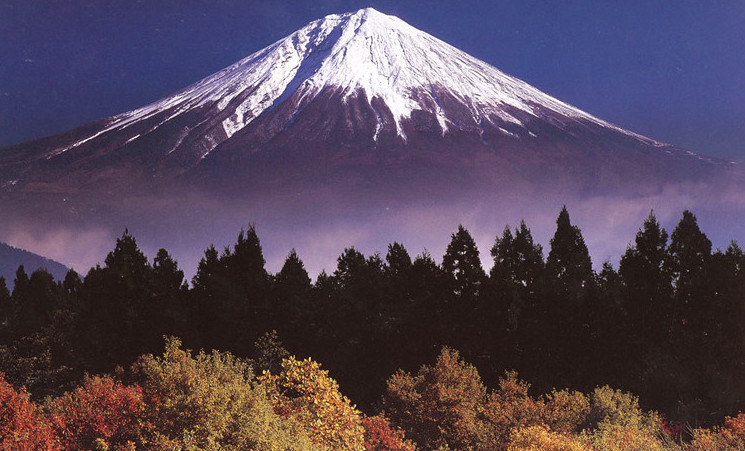 This is not just woefully inadequate for meeting larger climate goals, it also negates science and sets a bad precedent, especially as Covid-19 engulfs the planet.

Already, the role of the leading emitters such as the US have made the goals of Paris Agreement more turbid.

And Japan’s plan issued on 30 March, known as a Nationally Determined Contribution (NDC), further muddies the issue. The fight to address climate change has never been more serious, even though the 26th annual UN climate summit – Cop26 – has been postponed in the wake of global pandemic.

The growth of greenhouse gas emissions over the past years has wreaked havoc across the world in the form of extreme weather events such as floods, forest fires, heatwaves and droughts.

Still, the world continues to exorbitantly emit greenhouse gases into the atmosphere with China, the US, India, Russia and Japan accounting for 62% of all emissions in 2018.

To meet the Paris Agreement’s goals of keeping the temperature rise to well below 2 degrees Celsius, civil society (also within Japan) and governments largely from island states and lesser developed world have urged greater ambition from the developed world in solving the climate crises.

Being the fifth largest emitter globally and with per capita emissions close to those of the US, Japan however has shown punier responsibility towards the climate crisis.

Its revised NDC is a reiteration of previous climate targets.

Back in 2015, when Japan submitted its first NDC pledging to cut emissions by 26% by 2030 as compared to 2013 levels, environmental groups rated Japan’s efforts as the among the weakest by developed countries.

The revised NDC lacks an upward revision of targets, which is one of the major requirements of the Paris Agreement for submitting revised NDC.

It vaguely talks of steps to reduce long-term emissions without giving details. Additionally, Japan has overlooked another of the Paris Agreement’s key requirement, which is to have transparency in its domestic climate apparatus. Apparently, the revised NDC is formed without a proper public consultation process.

What’s Japan up to?

Ecologically, Japan is not well endowed with key natural resources and has relied on huge import of fossil fuels to fulfil its development needs.

Till 2000, Japan was the sole installer and supplier for half of the solar panels on the planet.

Further, before the 2011 Fukushima nuclear disaster, the concentration of nuclear energy stood at 14% of total power generation,

However, rather than aiming for real emission cuts, Japan relied on offsets and buying credits from other countries.

Measures such as energy efficiency, Cool Plan for halving emissions by 2050 (without a base year) and coal tax have been touted as weak and highly insufficient.

Often in climate negotiations, Japan has worked closely with the biggest historical polluter – the United States – in common stances such as resisting ambition, pushing for “clean coal” and related technologies and refusing to fulfil finance and technology transfer to developing countries.

The Japan-United States Strategic Energy Partnership (JUSEP) in 2017 for promoting coal and controversial nuclear technologies in the Southeast Asian region is one such example. Applauded inititally, it did not translate into real climate actions.

After the Senkaku Island dispute (2010) with China, the import restrictions of rare earth elements (like neodymium, indium, praseodymium, dysprosium, and terbium) further dented the solar programme.

This was worsened by poor oversight to see the effects of major solar programmes outside Japan’s innovations system. Its wind programme did not take off largely due to stringent environmental and technical norms regarding seismic zones.

Rather than focusing on restructuring its solar industry, Japan has opted for an easier option and switched to coal power in a big way.

It has more than 90 coal plants and plans to operate 22 additional new plants. It relies on coal for more than a third of its power generation needs, resulting in an upward increase in carbon emissions.

The Ministry of Economy, Trade and Industry (METI) is backed by the fossil fuel lobby and prepares Basic Energy Plan which largely influences Japan’s climate targets.

Japan sticks to 2030 climate goals, draws fire for a ‘disappointing’ lack of ambition

With a weak NDC submission, Japan has also lost an opportunity to emerge as a climate leader in Asia, where giants such as India and China are making more efforts towards reducing dependence on fossil fuels and switching to renewables amid structural shifts in their economies.

For a start, Japan needs to urgently revise its climate targets mandated by science, shift massively to renewables with a clear plan for de-carbonisation and create transparent climate structures domestically involving all stakeholders.

The coronavirus and economic slowdowns should be no excuse for climate inaction.

The world cannot afford to passively watch rich emitters’ shenanigans. The (non) actions of climate rogues need to be called out unanimously and to raise climate ambition is no longer a matter of choice.

Dr Shekhar Deepak Singh is a post-doctoral researcher at the Chinese University of Hong Kong specialising on issues of Energy Policy, Environment and Sustainable Development. Views expressed are personal.