Comment: Public opinion on climate change is shifting but to keep it at the top of the political and public agenda will require a sustained effort for decades to come 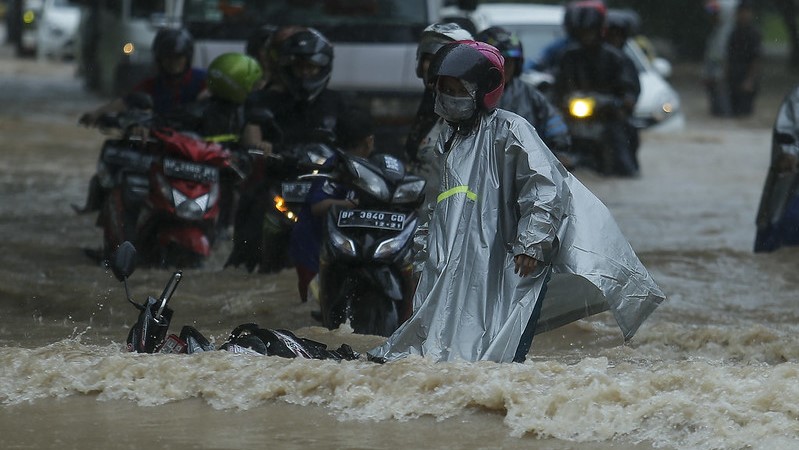 In Britain, we have a well-rehearsed storyline around periods of hot weather: our summers are always ruined by rain, and so a heatwave is something to celebrate.

You only have to glance at the popular press during hot spells to see the power of this national narrative in action. From people frolicking in fountains, to beach go-ers smiling and relaxing as the mercury rises, we don’t simply enjoy warm weather, we relish it.

But is climate change altering the story we tell ourselves about the ‘Great British summer’?

In a new survey of public opinion, a collaboration between Cardiff University and Climate Outreach, we found striking evidence that the European heatwaves of 2018 and 2019 may have shifted how such events are perceived.

Whilst the survey confirmed the longstanding trend of high concern about floods and storms amongst the UK public, we also saw a huge shift in the percentage of people expressing anxiety about heatwaves, from 23% (in previous work carried out in 2013) to 72%.

The number of people saying they are ‘worried’ or ‘very worried’ about climate change has doubled.

Levels of concern about climate change are at an all time high. And perhaps most strikingly of all, climate change was named – unprompted at the start of the survey – as the second most important issue facing the country over the next 20 years, beaten only by Brexit – the shortcut to describe the UK’s withdrawal from the EU.

And while the surprise result in the survey was around perceptions of extreme heat, the first months of 2020 have been a stark reminder of the grim power of flooding. In a changing climate, we will sadly have to come to terms with more of both of these extremes.

The shift in perceptions of climate risks, and levels of concern, comes at a time when climate change is in the news more than ever: from school strikes, to major infrastructure decisions around airports, to the wave of citizens’ assemblies sweeping the country, climate change has finally got a foothold as part of the national conversation.

And campaigners need to keep it at the top of the political and public agenda in a crucial year for climate change in the UK, with Glasgow hosting the next UN conference, viewed as a critical milestone in making good on the promises made in Paris.

So have we reached a tipping point in public opinion? Can we assume that public engagement on climate change is now locked in, and the pathway to net zero emissions a matter of simply ushering in the right technologies and pulling the right policy levers?

Although there is much to be optimistic about in the survey findings, we also need to learn the lessons of recent history.

More than 10 years ago, ahead of the Copenhagen UN climate conference, grand claims were made about ‘saving the world’, but a combination of the financial crisis, a bungled presidency of the conference, and the hack of climate scientists’ emails from the University of East Anglia knocked things off course.

It took years for the climate movement to recover its momentum.

With unsettling signals coming from the UK government at the beginning of 2020 in terms of showing clear and consistent leadership for the Glasgow conference, and the now seemingly inevitable spread of the coronavirus, there is a risk that history could repeat itself if we take public engagement for granted.

Instead, we should see public opinion as an ongoing work-in-progress, and using the seven recommendations launched alongside the survey findings, make a commitment to maintain and deepen public engagement so that there is a broad-based social mandate for ambitious climate policies.

The shift by climate campaigners to an ‘emergency footing’ has clearly moved the dial of public opinion. Combined with increasingly volatile changing climate and a step-change in media reporting, the alarm bell has, it seems, finally been heard on climate change.

But having convinced many more people that we are facing an unprecedented crisis, we must now harness that (legitimate) fear and anxiety and translate it into a broad-based social mandate for ambitious climate policies that moves from fear and guilt (two emotions which the new survey showed had risen in recent years) and towards constructive, credible hope (the survey showed no corresponding increase in those feeling this emotion).

The current salience and status of climate change is welcome and long overdue. But to keep it at the top of the political and public agenda will require a sustained effort not only now but for decades to come.

Adam Corner is the research director at Climate Outreach, which specialises in climate change communication.