Comment: Shipping is finally playing catch-up on air pollution standards, but the US is slow-balling attempts to agree cleaner targets 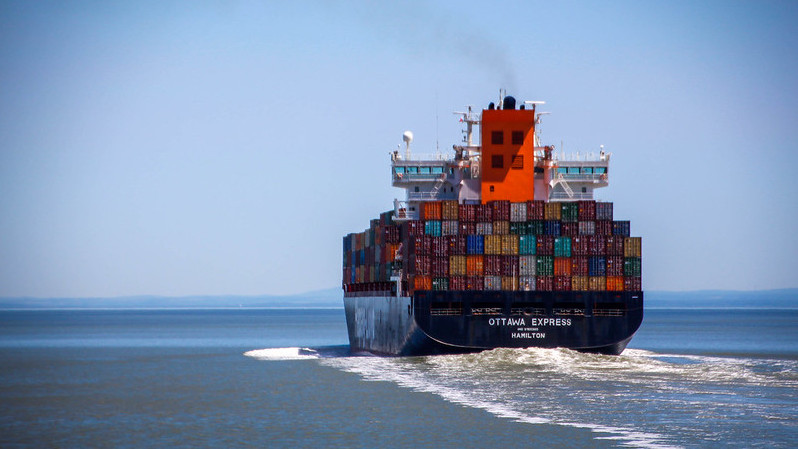 The IMO has cancelled five meetings because of the coronavirus outbreak. (Photo: Flickr/Marco Verch/CC-by-2.0)

The US made huge progress improving the quality of the air we breathe under the Clean Power Plan.

However much the current administration tries to unwind that progress, everyone now pretty much accepts that we don’t have to damage our kids’ health in order to secure our power supply – we simply have better options.

Less known is that the giant ships that carry 80% of the world’s trade are also giant polluters, and that the current administration is trying to prevent clean-up efforts in this sphere as well.

The type of fuel burned by ships at sea, heavy fuel oil of a maximum of 3.5% sulphur, has long since been illegal to burn in power stations in the developed world.

This dirty fuel means that shipping currently accounts for around 400,000 premature deaths from lung cancer and cardiovascular disease, and around 14 million childhood asthma cases every year.

Shipping is finally playing catch-up on air pollution standards. Next year under the UN International Maritime Organisation’s 2020 sulphur cap, marine fuel sulphur content will be lowered to 0.5% globally. That’s still 50 times more sulphurous than the 10 parts per million of sulphur allowed in road fuel in the US, but still, it’s a start.

The development of these tougher fuel standards from 2005 onwards was supported by both the Bush and Obama administrations.

But even on these minimal steps to clean up the air for coastal communities, the Trump administration attempted some last-minute delay to the implementation, creating uncertainty about whether the standards would be implemented globally.

It seems the White House only backtracked when oil refinery lobby groups and Republican senators pointed out that cleaner fuel rules will economically benefit US fuel producers, not just public health.

Meanwhile the climate impact of shipping remains unsolved. At almost a gigatonne (1,000 million tonnes) a year, shipping’s climate pollution is comparable to all the coal plants in the US.

Here also Trump has reduced US diplomacy from an international leadership role, to a critical bystander.

After the change of administration, the US became isolated at IMO, and was one of only three countries that did not support the adoption of IMO’s Initial Strategy on Greenhouse Gases last year (the other two being Saudi Arabia and Brazil).

Nevertheless, the rest of the world (including China) went ahead last year and adopted this landmark deal setting emissions reduction targets for the global shipping sector.

Since then, the US has continued to slow-ball any attempt to agree to actual measures to meet these targets at IMO.

The irony is that even leaving to one side our obvious interests in having a stable climate system to live in, the US would hugely benefit economically from shipping decarbonisation.

The American Bureau of Shipping – an expert classification society that signs off on which maritime technologies are safe and ready to deploy, has endorsed the Getting to Zero coalition – which aims to commercialise full-size, zero carbon container ships on international trade routes within just 10 years.

According to the world’s largest shipping company Maersk, the most promising fuel types to reach carbon neutral shipping are ethanol/methanol produced from renewable sources, biomethane, and ammonia (as a carrier molecule for renewably generated hydrogen).

The US has amazing knowledge, expertise, and industry leaders in all of these fuel types, as well as the carbon capture technology needed to make synthetic fuels. We should be looking to build an export market for these companies within the shipping industry’s 300 million tonnes, $150-billion-plus annual fuel spend.

However all of these technologies would benefit from a clear, solid policy framework on shipping sector CO2 – otherwise it’s hard for investors to have confidence in the direction of travel of the industry.

That policy framework is up for discussion at the next round of government talks at the International Maritime Organisation in London, happening this week, November 11-15.

The US should look at its own economic interests, and support substantive, transparent efficiency standards for all ships, as proposed by Denmark, Germany, Spain and others.

If the US continues to be blinded by ideological opposition to any discussion of the scientific reality of our climate, and practical steps to address the very real problems we face, it will just be sidelined again in these negotiations.

In that case, all we can say to the rest of the world is, wait until 2020, when hopefully the US will return to pro-active, ambitious engagement on climate, and the many other issues the world faces.

Heather Zichal served as US deputy assistant to the President for Energy and Climate Change under the Barack Obama administration.