Comment: The next European Commission chief must tread carefully if she is to meet her promise to make polluting importers pay 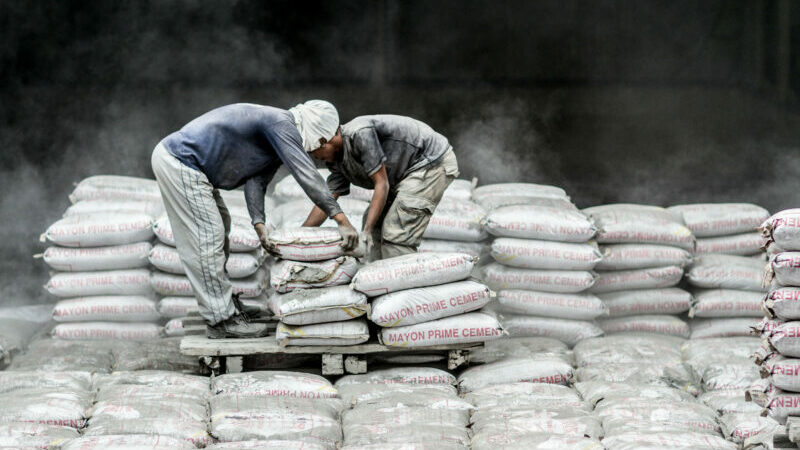 Following a tight vote in the European Parliament, Ursula von der Leyen was confirmed last week as the next president of the European Commission.

One of her most eye-catching suggestions was a “carbon border tax”. According to von der Leyen, such a measure would need to be aligned with World Trade Organization (WTO) rules, and should gradually expand its sectoral coverage.

Her call was presented as part of a “green deal” for Europe, which includes legislation to set a target of climate neutrality by 2050. She also suggests that the existing greenhouse gas emission reduction target of 40% from 1990 levels by 2030 could be strengthened to 50% or even 55%.

The main purpose of adjusting for carbon costs at the border is to prevent the relocation of carbon-intensive production to non-EU countries, a problem known as “carbon leakage”. When firms outsource production to avoid carbon costs, their emissions occur abroad instead, reducing the effectiveness of EU climate policy.

To tackle such leakage, the EU currently hands out free allowances to trade-exposed industries under its emissions trading system (ETS).

Von der Leyen is not the first to call for border carbon adjustments. Within Europe, French president Emmanuel Macron has described the measure as “indispensable”, and the French government has put forward concrete proposals in the past to include importers in the EU ETS.

Across the Atlantic, 2020 presidential hopefuls like Joe Biden and Jay Inslee have also suggested imposing fees on carbon-intensive imports, a proposal that has even found support among some Republicans.

Border carbon adjustments, which can take the form of a tax or tariff on imports and/or rebates for exports, have an edge over the current system of free allocation. Free allocation has resulted in windfall profits for industries and a distorted carbon price signal and it does not address the fact that imports can undermine the overall EU climate protection effort.

Beyond tackling carbon leakage, border carbon adjustments could pave the road for increased climate ambition by levelling the competitive playing field. They can further exert political pressure on climate laggards, serving as a lever.

Yet for all the rhetoric about border carbon adjustments, the fact remains that no such measure has ever been adopted at a national level.

One of the primary concerns, which von der Leyen has acknowledged, is the risk of contravening international trade rules. Pressuring other countries to follow EU climate ambition can also lead to political backlash, something the EU experienced first-hand some years ago, when it sought to extend emissions trading to international flights.

Carbon leakage can only be countered effectively if border carbon adjustments are carefully crafted. Von der Leyen and the EU therefore need to design and implement the measure in a way that balances environmental, trade law and fairness concerns. Summarising our conclusions from a recent multi-year study, we see five key features.

First, there should be no rebates of the carbon costs to exporters. This could create a perverse incentive to increase the carbon intensity of exports, and would undermine the environmental effects of the measure.

Second, the measure should be limited to primary goods, for example cement, steel and aluminium, which should then no longer receive free allowances. These are trade-exposed sectors facing high carbon costs, and they have only limited ability to pass these costs through to consumers. Targeting the sectors most at risk of carbon leakage strengthens the environmental effectiveness of the measure, which in turn improves its legal defensibility under WTO law. Country-level data for these commodities is increasingly available, and calculating their carbon footprint is much simpler than, for instance, that of products such as cars.

Third, WTO rules demand that border carbon adjustments do not discriminate among trade partners by singling out specific countries. Instead, the charge must be based on the carbon content of products. The adjustment should further reflect the difference in carbon constraints between the imposing and targeted economies. While there is therefore no distinction between developed and developing countries on the basis of their historical contribution to climate change, exempting least developed countries from a border measure is consistent with practices in both international trade and climate change agreements.

Fourth, the design and implementation of a border adjustment should occur through a deliberate process that ensures fairness, transparency and predictability to improve political acceptance by trade partners and the odds of passing legal muster.

Lastly, if successful, border carbon adjustments should become obsolete once producers that face this charge have ramped up their climate performance. Any border adjustment measure should therefore provide for its own expiration.

Even if these recommendations are followed, the road ahead for von der Leyen will no doubt be a bumpy one, and will put the EU’s climate and trade diplomacy to the test.

However, properly designed and implemented through a fair and transparent process that engages trade partners, and offers revenue reimbursement to developing country exporters, border carbon adjustments can become a key enabler for an ambitious EU climate policy.

Harro van Asselt is professor of climate law and policy at the University of Eastern Finland Law School; Susanne Droege is senior fellow, at the German Institute for International and Security Affairs (SWP); Michael Mehling is deputy director of the Center for Energy and Environmental Policy Research at the Massachusetts Institute of Technology (MIT CEEPR), and professor at the University of Strathclyde School of Law