Courts must curb greenhouse gas emissions to protect our liberty

Comment: In a court case in Oregon, we argue climate change is destroying our natural spaces and impinging on our constitutional right to freedom 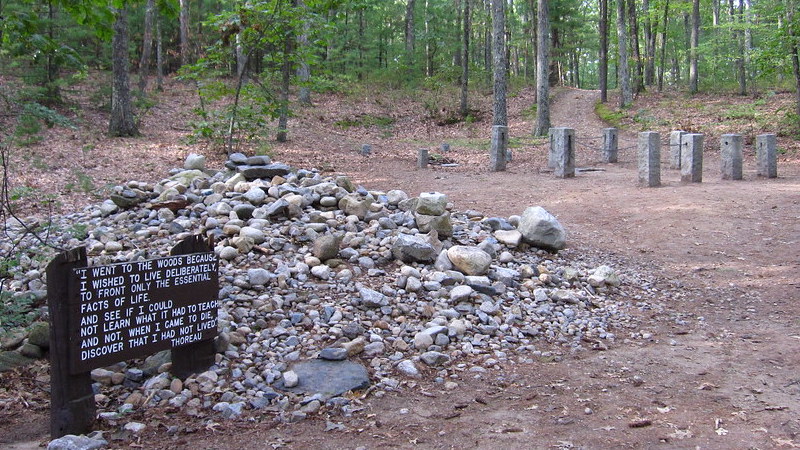 More than 150 years ago, the American poet, essayist, and naturalist Henry David Thoreau wrote, “The West of which I speak is but another name for the Wild; and what I have been preparing to say is, that in Wildness is the preservation of the world.”

Today, little is left of the wild that Thoreau knew in the West or anywhere else. But his words speak to a fundamental concept of freedom that most Americans still recognise today. Having places to go that are free of human artifice, impact, and intervention — space to be let alone — is essential to the American concept of freedom itself.

But such places are now few and the animals that call them home are disappearing at astonishing rates. Indeed, life as we know it faces an increasingly bleak future due to a rapidly changing climate caused by human activities.

Most of us are aware of the direct causes by now: the profligate burning of fossil fuels, raising animals for food, deforestation, and so on. But, more fundamentally, what has led us to the brink of ecological catastrophe is our collective mindset that all other species and the habitats that sustain them are simply resources to be exploited to fulfill our ever-increasing demands.

The results are grim and alarming: Our earth’s wild places, and the animals who inhabit them, are disappearing. Scientists warn that climate change caused by greenhouse gas emissions has brought us into another mass extinction — the sixth such period in the earth’s 3.5 billion year history, when species are becoming extinct at a rapid clip, and the world is at risk of losing its biodiversity faster and more severely than in the previous 65 million years. These scientists also warn that we are running out of time to reverse, or even slow down, the destruction.

Most of us don’t need much convincing that this destruction is bad. What some may not realise is that this environmental destruction is also unconstitutional. In October, the Animal Legal Defense Fund, along with Seeding Sovereignty, and a collection of outdoor adventurers filed a lawsuit against the federal government, to compel federal action on climate change. Specifically, to protect the animals and their habitat, being affected by climate change.

This lawsuit stems from the constitutionally established right to liberty, which courts have called the right to privacy, or the right to be let alone. Our argument is that one can only really be alone in the wilderness — and therefore it is necessary for the federal government to ensure that wildernesses and the animals who live in wildernesses are protected, in order to ensure that our constitutional rights are protected.

Specifically, we are asking the United States District Court for the District of Oregon to compel the federal government to take action to curb greenhouse gas emissions, as a means to ensure that remaining wilderness lands will continue to exist and will continue to protect the animals residing there.

If our constitutional right to be let alone is to be preserved, then swift action needs to be taken to stem the impacts of climate change on our most virgin lands. If wilderness disappears, so will our liberty.

Collaboration between the animal protection community, environmentalists, and human rights advocates on this case is predicated on the certainty that when the standards by which we protect nature from climate change are raised, human rights and health are also better safeguarded, and the environment is further preserved.

Recognising the rights of nonhuman animals would obligate us to weigh our exploitative desires against our obligation to protect them and their habitats. In so doing, humans as well as animals would enjoy cleaner water and air as well as more forests and other wild lands that not only sustain wildlife but remove carbon from the air and purify water. By acknowledging and respecting animals’ needs we would also be protecting our own freedom. As the saying goes – a rising tide lifts all boats.

It is perhaps ironic that recognising the rights of other animals could be the key to protecting the fundamental freedom of liberty. But humans are not an effective indicator species of environmental degradation. We are generally more resilient and more adaptable to changes in our environments than other species.

Like the proverbial canaries in the coal mine, nonhuman animals are negatively impacted more quickly by changes in their environment than we are — including those caused by climate change. And because we are more adept at adapting to changes in our environment — or altering our environment to our needs — pollution and toxins often have a lesser impact on us than on our fellow earthlings.

In fact, humans have altered more than 77% of Earth’s land and we have done it at breakneck speed. Just a century ago only 15 per cent of land had been impacted by people. The same study that discovered this incredible uptick in human-nature interference also found that the areas in most need of protection are in some of the largest and most prosperous nations, including the United States.

Though nonhuman animals are affected by these changes more quickly, human health and well-being is also at stake. Coastal communities face inundation by rising seas, and some Pacific island nations may be erased entirely. Extreme weather events such as heat waves, reduced snow packs, and more intense forest fires, are wreaking havoc around the world. These are tragic effects, which affect many vulnerable communities, for whom we hope our lawsuit will lead to positive changes.

But you don’t have to subsist on the land to be impacted. Relating to the constitutional right to be let alone, our remaining wild places provide a level of solitude and freedom that can’t be found anywhere else. Those who appreciate the outdoors, including hikers, skiers, and ice and rock climbers, are finding it increasingly difficult and unsafe to venture into nature as a result of the effects of climate change. In the recent Woolsey fire near Malibu, California, 88% of National Park Service lands in the Santa Monica Mountains burned, with over 600 park structures destroyed, including ranger stations and camping facilities.

As a result, scientists, naturalists, native communities, and sports enthusiasts are begging for lawmakers’ and the court’s attention and encouraging aggressive action to stop resource extraction practices and expansion of industries that exacerbate climate change, including animal agriculture.

Whether you are a person who enjoys nature for its positive impacts on your mental health, personal rejuvenation, or spirituality, or you take advantage of outdoor sporting opportunities, the lawsuit has the potential to protect your rights. If the courts uphold the right of Americans to be let alone and recognise our vanishing wilderness as the last frontier where people can be free from others, they will have to order the federal government to make changes like stripping away government subsidies for polluting industries and confronting the impacts of climate change and other environmental threats.

We cannot change history. Our forebears grew the industrial revolution and humans have benefited from increased standards of living and modern conveniences. But those benefits have come at a staggering cost that we and future generations must face. Over the last century, our laws evolved as our thinking and experience has – rivers caught on fire and we took notice, passing laws that would improve water quality nationwide. People’s freedoms were trampled upon, so we passed stronger civil rights laws. Today we engage in activities that pollute our earth with gasses that are not only adversely affecting our environment — and the people and animals who rely on that environment — but also our constitutional rights.

And now the courts have the opportunity to stop the destruction, and order the federal government to protect the environment, in order to protect our rights.

Stephen Wells is the executive director of the Animal Legal Defense Fund.