After 25 years of failure, we should abandon the UNFCCC

Comment: Emissions are at record levels and the international treaty designed to rein them in cannot drive action, it is time for new ideas to be explored 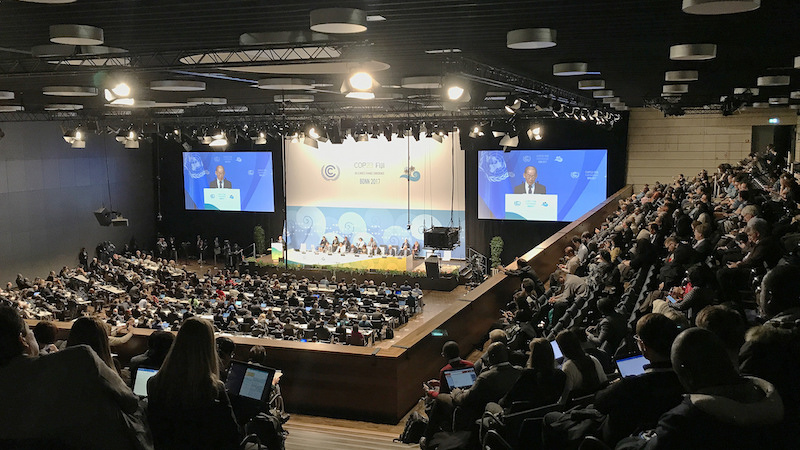 “While we’ve made enormous progress in 25 years, the world is still running behind climate change.”

“Today, the urgency to address climate change has never been greater. But because of the work begun 25 years ago, we are also better coordinated to take it on. We have the Paris Agreement, and we have the guidelines strengthening that agreement. What we need now are results.”

This is a summary of the statement that Patricia Espinosa, executive secretary of the United Nations Framework Convention on Climate Change (UNFCCC), put out on the occasion to celebrate the 25th anniversary of the entry into force of the UNFCCC.

While I agree with the sentiments above, especially the urgency to address climate change, I disagree with two points: one, the progress made by the UNFCCC so far and two, the potential of the UNFCCC to deliver results in the future.

UNFCCC was adopted with an objective to “stabilise greenhouse gas concentrations in the atmosphere at a level that would prevent dangerous anthropogenic interference with the climate system”. Over the past 25 years, greenhouse gas (GHG) concentrations, far from stabilising, have reached record levels. The atmospheric concentration of carbon dioxide (CO2), the main GHG, has increased from 358 parts per million (ppm) in 1994 to 412 ppm in 2018. 400 ppm of CO2 was last witnessed on earth about 3 million years ago.

The global temperature too has steadily increased from 0.25C above the pre-industrial era in the early 1990s to an increase of 1.1C in 2018. Very soon, the temperature increase is likely to hit 1.5C, declared recently as a guardrail by the Intergovernmental Panel on Climate Change (IPCC) to avoid catastrophic impacts of climate change. All this while, the intensity and frequency of extreme weather events have significantly increased, destroying lives and livelihoods. Between 1997 and 2016, extreme weather events caused more than 500,000 deaths and economic losses of around US $3.16 trillion worldwide. And, if we do not heed the warning of the IPCC’s special report on 1.5C, these numbers would seem minuscule ten years from now.

Despite agreeing on a protocol (Kyoto), two agreements (Cancun and Paris) and hundreds of decisions on a myriad of climate change issues, the UNFCCC has little to show as results. Instead of reducing, annual emissions of GHG continue to increase and are today 60% above 1994 levels. In fact, in 2018, global CO2 emissions increased by 2.7%, one of the high annual increases in the decade. Emissions are increasing in almost all countries, including developed countries that had pledged to reduce emissions.

The fact is that the global energy system has changed little over the last 25 years. In 1994, about 80% of the global primary energy supply came from fossil fuels. This figure has remained unchanged in 2018. The number of energy poor has also remained the same. In 1994, about 2.8 billion people used polluting solid fuels to cook food – this number too remains the same in 2018. So, we have neither been able to shift the global energy system away from fossil fuels nor have we been able to provide adequate amounts of clean energy to all. And, this has happened because global cooperation on energy and climate change has weakened, rather than strengthened, over the years.

IPCC’s special report on 1.5C makes it clear that the Paris Agreement cannot limit warming to even 2C. In fact, global warming is likely to reach 1.5C between 2030 and 2052. To limit warming at 1.5C, CO2 emissions will have to be reduced by 45% by 2030 from 2010 levels and reach net-zero by 2050. This means that we have 12 years to turn around the energy system of the world and cut emissions drastically. Can the UNFCCC deliver on this?

The UNFCCC has moved from a top-down legally binding Kyoto Protocol to a bottom-up ‘self-determined’ voluntary Paris Agreement. Today, there is a question mark over the survival of the weak Paris Agreement itself. The United States has promised to leave the agreement and on its way out it, along with other big polluters, fatally weakened the Paris rulebook.

Under the Paris Agreement and its rulebook, all countries are now on their own to mitigate, adapt and pay for the costs of climate impacts. The UNFCCC is now simply a platform to collect, synthesize and disseminate information. It doesn’t have the tools to drive global collective action to combat climate change. In such a situation, the continuation of the international effort at the UNFCCC should be curtailed and energy directed elsewhere.

The fact is that combating climate change now requires actions from all levels of government (national, subnational and local), private sector and civil society. It requires hard targets and a roadmap for rapid transition in all sectors of the economy. This can only happen if we adopt some radically different strategies. Let me propose two strategies:

First, let’s create multiple sectoral and regional platforms to drive transformation. We could push for international ‘sectoral’ treaties to achieve real transition in energy, transport, agriculture and industrial sectors like steel and cement. To support countries to implement these treaties, regional platforms could be set-up to build capacity and facilitate technology transfer.

Second, climate change is too important an issue to be left to governments alone. We need government-plus strategy, especially concrete actions from the private sector. Many would argue that the Paris Agreement engages the private sector. But private-sector engagement in the Paris Agreement is voluntary and has not added up to much. To push private sector, we will have to make climate change a fiduciary duty of corporations and hold them accountable for polluting the climate. I know that all these ideas would be considered a non-starter. But it is better we try something different now than regret later.

Chandra Bhushan is deputy director general of the Centre for Science and Environment in New Delhi.