The levy will make polluters report and pay for their emissions, but experts say the starting rate is too low to spur a rapid shift to clean energy 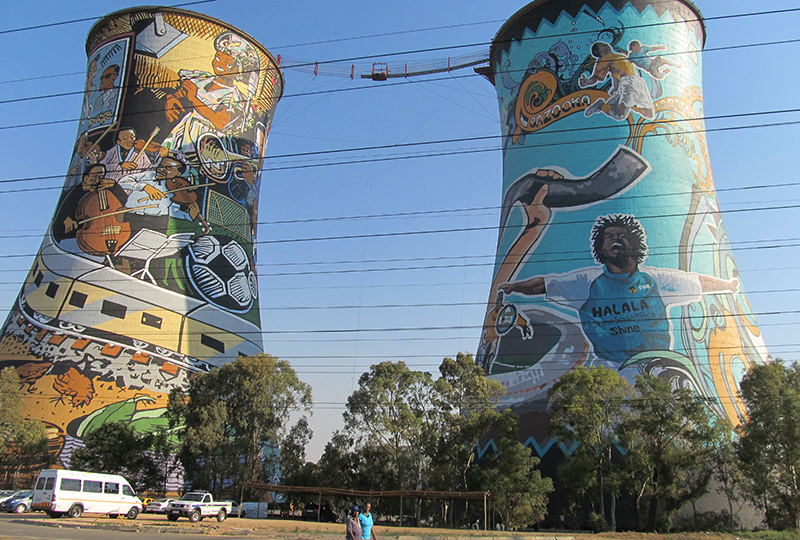 South Africa is on course to put a price on carbon pollution, after the National Assembly passed a long-awaited Carbon Tax Bill on Tuesday.

The tax will start at 120 rand ($8) a tonne of carbon dioxide, although various free allocations reduce the effective rate to R6-54/t, depending on the industry.

“The sustainability challenge affects us all. Climate change is real. The steps being undertaken at Eskom will allow us to expand renewable energy, and the carbon tax will come into effect from 1 June 2019,” said Mboweni.

The bill needs to be rubber-stamped by the National Council of Provinces and the president before it becomes law.

A carbon tax was first proposed in 2010, then repeatedly delayed by industry pushback and broader political inertia. The rate at which it increases has been scaled down from 10% a year in the initial plan to 2% above inflation.

Climate experts said the introduction of a carbon price was significant but its immediate impact would be limited.

“South Africa re-committing in the 2019 budget speech to implementing its carbon tax by June 2019 is a welcome and key step forward,” said Patrick Curran of LSE, who has been tracking the policy since its inception. “However, according to the South African government’s own analysis, the current design of the tax is too low and will not do enough to meet the country’s nationally determined contributions submitted under the Paris Agreement.”

He added: “It is crucial that the tax rate is strengthened in future reviews, starting in 2022, to support meeting South Africa’s national and global climate change objectives. This has to be accompanied by a range of supporting policies, such as greater investment in renewable energy.”

Harald Winkler, energy and climate policy professor at the University of Cape Town, took a similar view. He also urged the government to invest the carbon tax revenues in expanding access to clean energy and retraining coal workers.

“Yes, we have to make this transition away from coal and towards renewables, but there are workers and communities that depend on the coal value chain,” he said. “Those [carbon tax] revenues should be used to make sure the poor are not worse off.”

South Africa gets some 90% of its electricity and two-thirds of total energy from coal, a high emissions source. As its contribution to the Paris Agreement, it committed to peak emissions between 2020 and 2025, then plateau for around a decade and decline.

Eskom, the main utility, is undergoing a restructure to separate its debt-laden generation business from its grid and distribution arms. Mboweni announced a R69 billion ($4.8bn) bailout package, contingent on the power company slashing costs. “Pouring money directly into Eskom in its current form is like pouring money into a sieve,” said the finance minister.

Winkler said the restructure was “good news for renewables” because independent power producers could deal with Eskom’s grid operation, rather than the monopoly generator.

Following on from the carbon tax, South Africa is developing a framework climate law, to build the institutions to monitor and manage emissions across economic sectors.