A massive baby Trump balloon, organised by climate activists, was part of rolling protests that greeted the president in the UK on Friday 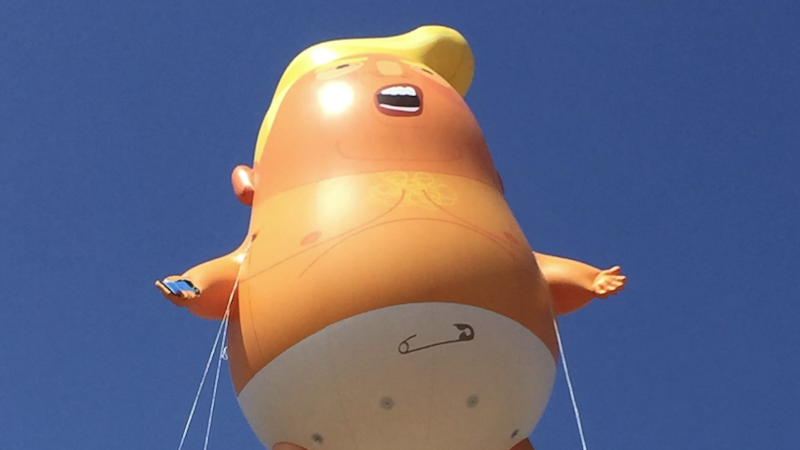 An infantile president deserves an infantile protest, according to those flying a Donald Trump baby balloon around London’s Parliament Square on Friday.

The action was one of dozens of protests around the UK, hitting out at the US president’s visit.

One of the headline grabbers was a 6-metre tall, inflatable, screaming, tweeting, orange baby, which floated outside Westminster for two hours.

“[Climate change] is the single greatest threat to anything anyone holds dear,” said Max Wakefield, one of the self-appointed ‘Trump babysitters’. “We have enough on our plate dealing with the racism, sexism, so we could do without piling ecological collapse on that.” 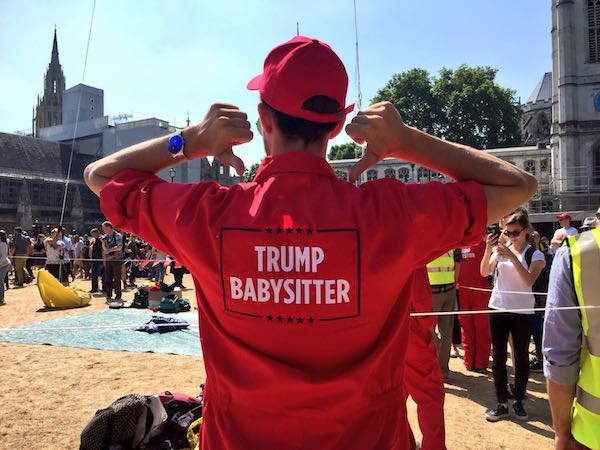 Trump’s administration has stripped regulations designed to slow global warming and the president intends to withdraw from the Paris climate agreement as soon as legally possible.

“Trump is wilfully wrecking the climate. We are all at threat from what Trump is doing,” added Wakefield.

Leo Murray, a climate activist who was part of the organising committee for the ballon wrote in Metro: “To really get through to Trump, you have to get down on his level and talk to him in a language he understands: personal insults.”

Danielle Meitiv, who has a background in climate science and policy, was visiting from the US and decided to join the protest. Not taking action, she said, is “another level of climate denial”.

“Large [US] cities are saying that they are going to take on the commitment” to tackling climate change, said Meitiv. September’s Global Action Climate Summit in California will aim to demonstrate the limits to the power of the federal government. 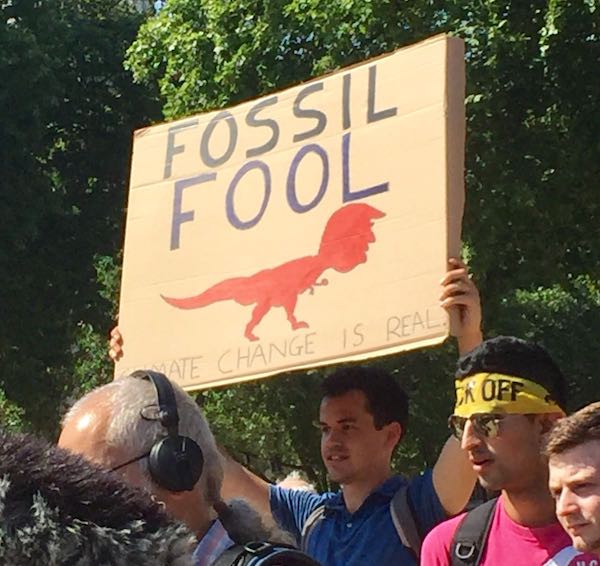 Friends of the Earth chief Craig Bennett wrote in the Huffington Post on Friday that thousands would hit the streets on Friday because “the climate denier-in-chief needs to understand that people will not stand idly by. We won’t normalise his policies, we will resist the direction in which he would take our planet, and in small, daily ways, we will make sure the world never forgets how he is in the wrong”.

Downing Street would not say if UK prime minister Theresa May intended to mention climate change during her meeting with Trump on Friday.

Flynn Hickey, a geography student, said: “The UK government is not doing much proactively. They’re not tacking the action that is needed”.

Charlie Dearman, brought a “fossil fool, climate change is real” sign to Parliament Square. “Climate change is often overlooked at events like this,” he said. “People do care about it.”