Influential agency recommends China, which is likely to beat its 2030 target for cutting carbon, revisit the pledge it made to the UN deal 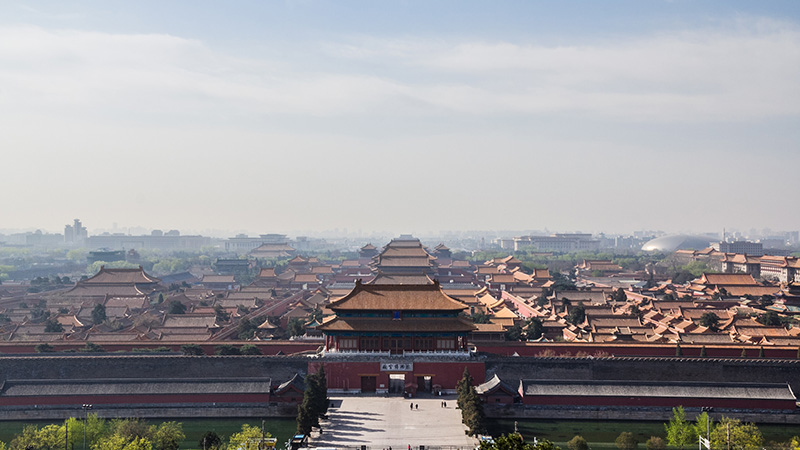 An influential government thinktank has recommended China revisit its pledge to the Paris climate deal and consider increasing its ambition.

In a paper published on Sunday, the National Centre for Climate Change Strategy and International Cooperation (NCSC) said China had “the potential and conditions for improving” its Paris commitment, known as a ‘nationally determined contribution’ or NDC.

The NCSC recommended the government “evaluate and demonstrate the options for updating the 2030 nationally determined contributions in 2020”.

The NCSC, an official government thinktank, is one of the leading influencers of Chinese policy in the international climate arena. But observers said the paper did not represent government policy.

China’s current pledge to the Paris deal is to peak carbon dioxide emissions by 2030. But for years there have been signs that this target would be achieved early.

The country achieved its 2020 goal, to cut emissions 45% for each unit of economic growth (carbon intensity), by the end of last year. Given this faster-than-expected economic transition, China’s lead climate envoy Xie Zhenhua said last month that he thought the 2030 target would be achieved.

In that context, the NCSC said an early increase to China’s Paris pledge was possible.

Last week, Greenpeace analysis found China’s carbon emissions for the first three months of 2018 had increased faster than in recent years. But the NGO’s senior climate and energy policy officer Li Shuo told Climate Home News this did not threaten China’s 2020 or 2030 targets.

“On one hand emissions are indeed growing at a very rapid rate, but on the other hand it’s not growing to the extent of reversing our previous assessment that China is going to overachieve its 2020 and 2030 targets,” said Li. “As a result there is an open question in front of China, which is: do you want to ratchet up your NDC or not?”

Under the 2015 Paris climate deal, countries volunteered their own pollution cuts and other climate change efforts. These pledges are due to be revisited and updated in 2025. There will also be a moment in 2020 for progressive players to deliver new submissions. It is not yet clear how many will be ready to show increased ambition.

Almost no country has volunteered cuts that represent a fair share of efforts to keep the world from warming by 2C. This means there is pressure on many countries to increase their pledges before 2025. But few want to commit to sharper cuts unless others join them.

The NCSC paper noted China’s role on the global stage was changing and acknowledged its “image as a responsible, big country” – a reference to Chinese president Xi Jinping’s 2018 New Year speech – came with pressure to lead on issues such as climate change.

With its decarbonisation outstripping its promises, China could put pressure on other countries without having to make major changes to its current direction, said Greenpeace’s Li.

“China is actually in the position, if you look at its real economy, to ratchet up, so why do we waste that opportunity?” he said.

But the NCSC also warned updating China’s pledge could be seen as an admission that China’s original Paris commitments were not ambitious, undermining any diplomatic boost. US president Donald Trump has frequently criticised the Paris accord for not eliciting tough enough action from China.

The NCSC laid out several ways China could update its pledge. These included increasing China’s emissions targets, providing clearer information regarding its emissions to the global community, expanding the targets to include greenhouse gases other than carbon dioxide or committing to new policies.

The paper also discussed China’s approach to the mandatory upgrading of its pledge in 2025. It said China’s 2025 revision should set a new 2035 target. This would synchronise the targets with the year China’s government has set for the country to achieve “modernisation”.

The NCSC is a government-affiliated thinktank. Its director and the paper’s lead author is Chai Qimin, who negotiates as part of the Chinese government delegation during UN climate talks.

When it comes to international climate policy, said Greenpeace’s Li, “the NCSC is one of the leading, if the not the leading, agency to provide guidance or advice to the Chinese government”.

Isabel Hilton, CEO of chinadialogue, warned against placing too much significance on the paper. “This is a description of process rather than any policy initiative. Thinktanks contribute ideas, but don’t make policy,” she said.

Any decision on altering the country’s Paris pledge would pass through the Ministry of Ecology and Environment and may be considered by the State Council or even president Xi, said Li.

He said the NCSC paper should not be seen as an adoption of any policy direction, but was nonetheless significant as it showed the discussion evolving.

It comes as Xie prepares for a series of climate talks with ministers from around the world in Berlin and Brussels. Cooperation between the EU and China is seen as critical to the success of this year’s UN climate summit.