New offices required to house mega-department, but will climate change survive as a priority after being shifted out of the powerful development commission? 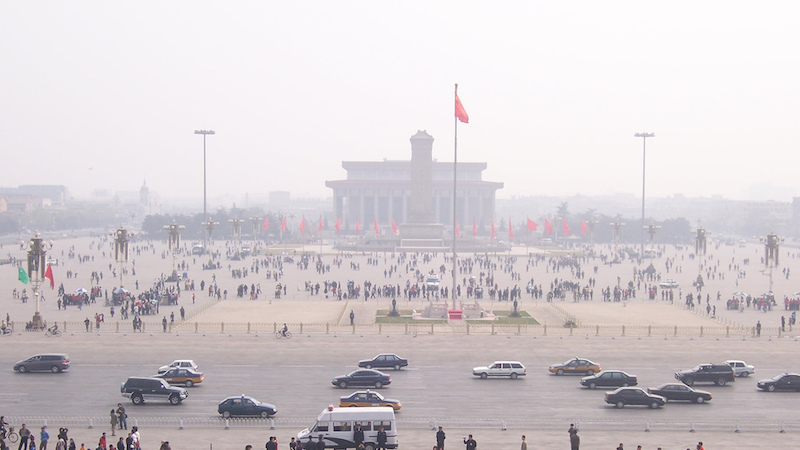 The mega-department, after absorbing functions originally under other ministries, will see its staff increase from around 300 to 500, according to a source close to the ministry. The ministry is said to be moving into a bigger building to house the expanded workforce.

China’s retired environment minister Zhou Shengxian once described his own department – the Ministry of Environmental Protection – as being among the world’s most “embarrassing”.

Although a more detailed overhaul plan is yet to be announced, the new MEE is designed to fix those problems by taking on the following new functions:

The ministry’s senior officials hailed the reform as a remedy for the fragmented and overlapping structure that has long plagued China’s environmental governance. For the first time in China, emissions of CO and CO2 will be regulated by a single supervisor.

Yet what does it mean for the international efforts to fight global warming – already battered by the US threat to pull out of Paris Agreement under president Donald Trump?

Some green groups have cheered the change, mainly citing the extra political power of managing conventional pollutants, which affect people’s daily lives in many cities, together with greenhouse gas emissions.

“The merging of climate and environment functions will help to reduce cost for coordination among different agencies and improve administrative efficiency… as well as cut enterprises’ cost for [emission regulation] compliance,” said the Environmental Defense Fund’s China programme in a statement.

Energy Foundation China president Zou Ji said China’s current energy structure – a heavy reliance on coal power – meant it could tackle its pollution crisis and climate challenge at the same time and a mega ministry was just what was needed for concerted regulatory design.

Yet those who are less optimistic are worried about moving climate policymaking from the once powerful economic planning body – the NDRC – to an environment ministry, which has a lower ranking in China’s cabinet power hierarchy.

Before the latest revamp, NDRC was one of the most powerful cabinet agencies, with a portfolio ranging from industrial project approval to water and electricity pricing. Its climate change division was created in 2008 to oversee carbon policymaking and international negotiations, ahead of the key United Nations conference in Copenhagen in 2009.

Senior Chinese officials, including top climate officer Xie Zhenhua, explained at the time that “climate change is an environmental problem, but eventually it is a development problem”. NDRC’s capacity to leverage cooperation from local governments as well as the power sector – the National Energy Administrations is affiliated with the NDRC – also helped throw weight behind climate change issues.

“The hard-fought momentum of climate action could become the unintended casualty of this reshuffle, depending on the leadership approach of the new MEE,” said Li Shuo, a senior climate policy expert at Greenpeace East Asia.

It is not clear at the moment how the transition will finally take shape. But a paper published by the Chinese Academy for Environmental Planning (CAEP) in 2015 proposing environmental governance reforms might shed some light.

The environment ministry-affiliated academy listed four options for revamp, and the second scenario – to build a Ministry of Ecology and the Environment – has been mostly adopted in this reshuffle, barring a proposal that the new MEE also absorb functions of forestry and meteorological bureaus.

CAEP argued the new ministry should be given more power to coordinate ecological protection with natural resources exploration and economic development. It also suggested the new ministry should be given the power to coordinate all environment-related international treaties – such as on climate change, biodiversity, ozone and desertification – so as to avoid “inter-departmental conflicts”.

The old environment ministry and NDRC notably differed on the best policy to regulate carbon emissions. It is no secret that the former has long been a champion of a carbon tax, while NDRC has oversaw the kick-start of the national cap-and-trade scheme for carbon emissions last year.

So far there have been no signs of any change of course in the policy direction. And the new MEE will have until the end of June to finalise its internal institutional set-up and personnel lineup, according to central government orders.

Yet it is worth noting that the reshuffle, part of a massive cabinet shake-up as Chinese president Xi Jinping starts his second term, is aimed at “strengthening the Communist Party’s overall leadership” of the state, and making the ministries better answer to Xi.

Laurence Tubiana, CEO of the European Climate Foundation, said while the consequences of the reshuffle are still unclear, Xi’s previous personal statements on climate change were very important. “It is impossible for China to fulfil its goal to decarbonise economic growth and targets in Paris Agreement … without political commitment from top leadership,” she told a group of journalists in Beijing recently. “So, it is not only about what ministerial level is doing, but also about the national decisions.”