In the wake of the devastating Thomas wildfire in southern California, city council members are calling for emergency funds to ramp up climate action 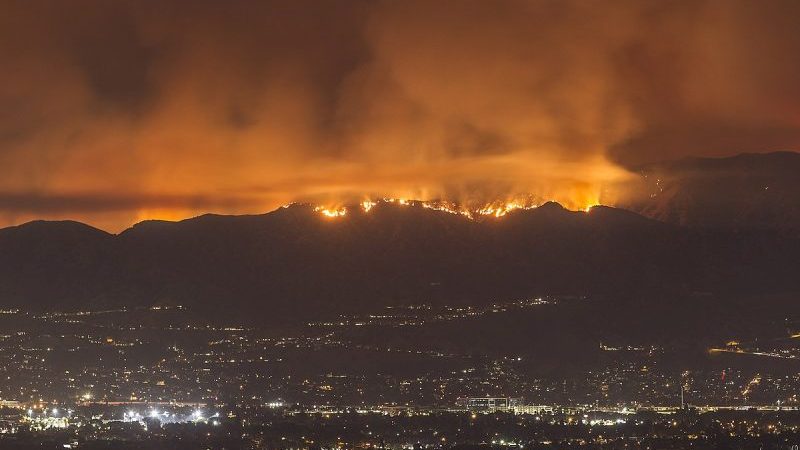 Four Los Angeles city council members are calling for emergency funds to set up a department for climate action.

Citing recent devastating wildfires in California, linked to global warming, they argue current efforts to tackle the root cause are insufficient.

The city would request California State of Emergency funds to set up a “climate emergency mobilization department” with a brief to radically reduce greenhouse gas emissions, under two motions introduced on Wednesday.

“We’re out of time. We can’t keep waiting around thinking, once it gets bad enough, we’ll have enough time to do something. We’re here today to tell you, it’s bad enough now,” said Paul Koretz, lead proponent of the idea, at a press conference.

Several other fires encroached on LA’s suburban sprawl, whipped up by strong Santa Ana winds. Together with a series of wildfires in northern California, they added up to a destructive fire season for the state, killing 46 people and costing an estimated $180 billion.

“Over the past few months, we have seen some of the most vicious fires in our city’s history rip through our communities, testing the limits of our emergency management capabilities,” said Bob Blumenfield, co-filer of the motions.

“The sad reality is that due to climate change, as well as a deliberate lack of environmental leadership out of Washington, it is up to us to lead and ensure that we are doing everything possible to reduce our carbon footprint and clean our environment.”

Two more city council members seconded the motions, meaning they will move to a debate. Fourteen of the 15 members are Democrats. If they back the idea, its implementation will depend on persuading the state to release emergency funds.

The Climate Mobilization, a grassroots network which compares the climate challenge to world war two, is backing the campaign.

Author and activist Naomi Klein also declared her support. She said in a statement: “Our collective house is on fire and nobody knows that better than the people of Los Angeles. It’s time we started acting like it.

“These city council motions recognize the real lesson of these unprecedented winter fires and mudslides — that the time has come for an immediate, whole-of-society mobilization to address the climate emergency, with the highest priority placed upon a just transition and the needs of frontline communities.”

According to mayor Eric Garcetti’s sustainability plan, LA reduced its emissions 20% between 1990 and 2013. It is aiming for a 45% cut by 2025, to be achieved by phasing out coal power, boosting renewables and promoting cleaner transport.

LA is signed up to the C40 group of major cities pledging to drive action on climate change, regardless of national politics. Mayor Garcetti was one of the first to denounce US president Donald Trump’s decision in June 2017 to walk away from the Paris Agreement, saying he would continue to honour its goals.

At state level, governor Jerry Brown has taken an active climate diplomacy role, meeting China’s president Xi Jinping and preparing to host a global conference on the issue in September 2018.