Donald Trump has chosen Mike Pompeo, ally of the Koch brothers and critic of the Paris climate agreement, to replace Rex Tillerson as foreign affairs chief 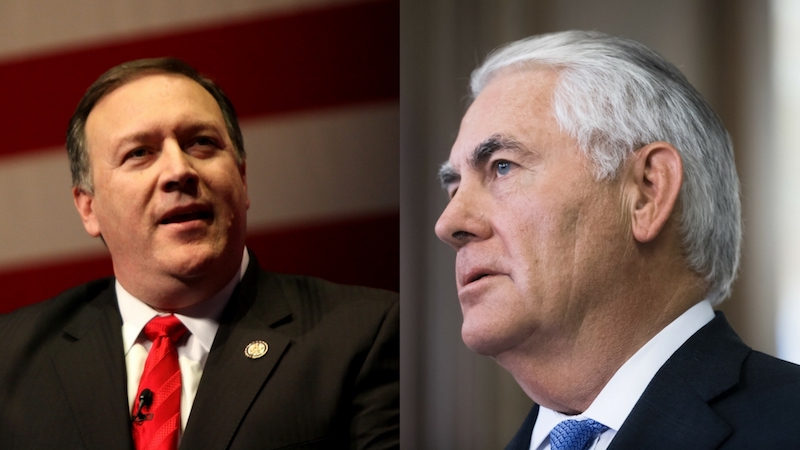 The move was trailed last November. Subject to senate confirmation, it puts a critic of the Paris climate deal and strong ally of the resource billionaire Koch brothers in the top foreign affairs job.

Pompeo described the Paris Agreement in 2015 as a “costly burden”. He is the all-time biggest beneficiary of campaign funding from Koch Industries, which opposes climate action, according to the Center for Responsive Politics.

While he has not been active in climate or energy matters in his current role as CIA director, Pompeo’s earlier comments align with Trump’s plan to pull the US out of the Paris Agreement and cut funding for international climate cooperation.

Tillerson, in contrast, expressed his support for the deal when chief executive of Exxon Mobil and urged Trump to keep “a seat at the table” of international talks. He is said to have clashed with Trump over several matters of foreign policy.

He follows George David Banks and Gary Cohn, who had also sought to moderate Trump’s position on climate change, out of the administration.

Trump told journalists he “got along well” with Tillerson but “it was a different mindset”. Both confirmed Trump did not discuss his decision with Tillerson before announcing it.

During his time at state, Tillerson has focused on cutting costs. He cut staffing for climate diplomacy, notably scrapping the position of US climate envoy. Many key diplomatic positions across his department remain unfilled.

Naomi Ages of Greenpeace USA said: “Donald Trump has now somehow picked someone even worse than Rex Tillerson to run the state department. Greenpeace has been opposed to Tillerson as Secretary of State from the moment he was nominated, and we continue to believe that the US government cannot and should not be run by fossil fuel industry flunkies.

“Mike Pompeo, though, is uniquely unqualified to be Secretary of State in an entirely different way than Rex Tillerson was. In addition to being a climate denier, like his predecessor, Pompeo is a Koch brothers’ shill and a dangerous choice who will continue to denigrate the United States’ reputation abroad and make us vulnerable to threats at home.”

Out with the Big Oil CEO, in with the climate denier! Trump really is a stable genius when it comes to making bad situations worse… https://t.co/wxjI5idE7l