At least 14 green groups have shut down since falling foul of Moscow’s anti-spy legislation, according to Human Rights Watch 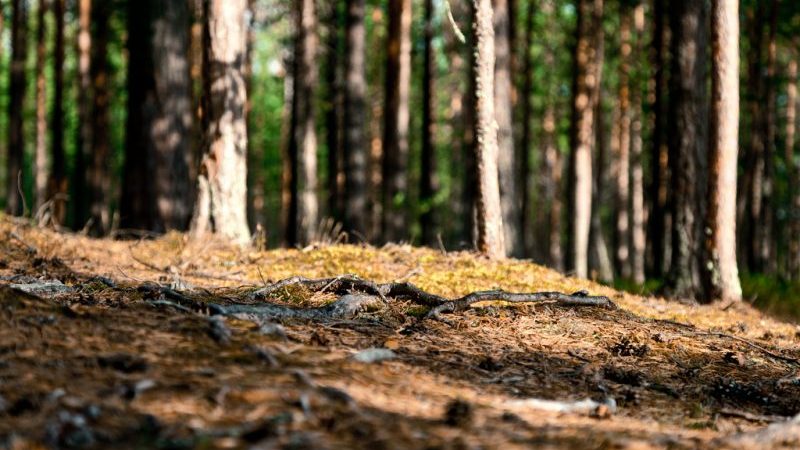 Human Rights Watch (HRW) found 29 environmental NGOs had been labelled “foreign agents” under a law brought in five years ago. Of these, at least 14 have shut down, researchers confirmed through interviews with former directors. Only four were still evidently active, with the rest unreachable or unwilling to comment.

Efforts to defend forests, educate young people on environmental issues and give voice to victims of radiation accidents have suffered in the crackdown.

The law applies to any organisation that accepts funding from outside Russia and engages in “political activity”. Those registered as “foreign agents” must submit regular reports to the justice ministry or face fines. Criminal sanctions for failure to comply include up to two years’ imprisonment.

Former NGOs profiled by HRW said the onerous paperwork, financial penalties and stigma associated with the “foreign agent” label made it impossible to keep operating.

In one example, Spok, a forest conservation charity based in the Karelia region of northwest Russia, was targeted over its public advocacy. The public prosecutor accused it of creating “doubt about the work of the Karelia judicial, law enforcement, and executive bodies in the eyes of the public”.

Spok disagreed with the ruling but did not have the resources to fight it, former chairperson Olga Ilina told HRW. Instead, it dissolved in August 2015 and reformed as a much smaller, solely Russian-funded group reliant on volunteers.

Russia is home to around one fifth of the world’s forests, a vast store of carbon. If preserved, this can help to prevent dangerous climate change; if widely logged, it will worsen global warming.

Bellona Murmansk, a Norwegian-backed NGO, was censured over its involvement in an “eco day” for student summer camps, among other things, and fined 20,000 rubles ($850). It closed in October 2015, unable to pay a further $5,000 fine.

“[Prior to designation] we actively collaborated with state institutions, including schools and public libraries,” its former head Andrey Zolotkov told HRW. “As soon as we received the ‘foreign agent’ label, many government contacts told us that further cooperation was impossible.”

Another targeted organisation, Planet of Hopes, took on the more obviously sensitive subject of nuclear waste accidents in Ozersk, in the southern Urals. Its director Nadezhda Kutepova received a death threat after a TV report on the court case accused the organisation of “industrial espionage using US money”.

On Tuesday, in an unrelated story, the Russian government was accused of covering up a spill of radioactive material.

New cases continue to arise. In September 2017, youth environmental movement Aetas was added to the list. It was receiving some funds from Norway’s Nature and Youth to support office overheads, summer camps, trips and city cleanups, according to its website.

Ingrid Skjoldvær, head of Nature and Youth, described the authorities’ actions as a “witch hunt”, as reported by the Barents Observer. “It’s an incredible pity for the important work Aetas is doing in Russia. Environmental problems in the Barents region know no borders and we rely on strong cross-border cooperation,” she said.

President Vladimir Putin named 2017 the “year of ecology”, an initiative characterised by conferences and events.

A Russian environmental campaigner told Climate Home News it had helped public awareness of climate change but delivered no policy changes to speak of.

The same campaigner, who asked not to be named, said the “foreign agent” law was applied in some regions more than others. “The authorities will use this act but only if they need something to pressure this NGO,” he said.

HRW’s Pearshouse claimed the law violates Russia’s human rights obligations and called for it to be repealed.

He cited a ruling from the European Court of Human Rights, to which Russia is a signatory: “[I]n a democratic society even small and informal campaign groups have to be able to carry on their activities effectively. There exists a strong public interest in enabling such groups and individuals … to contribute to the public debate by disseminating information and ideas on matters of general public interest such as … the environment.”

A spokesperson for Russia’s justice ministry denied that the “foreign agent” law was used to smear environmental campaigners. The registration of an organisation as a foreign agent “does not imply a negative assessment” of that organisation by the state, they said, and “thus cannot be perceived as a manifestation of mistrust or a desire to discredit such a non-profit organization or its goals”.

This article was updated on 22 November to incorporate a response from Russia’s justice ministry.