Your greatest hope against climate change is standing beside you

Comment: As COP23 marks Climate Justice Day, the right to participation holds the key to turning the tide on climate change, writes the former Irish president 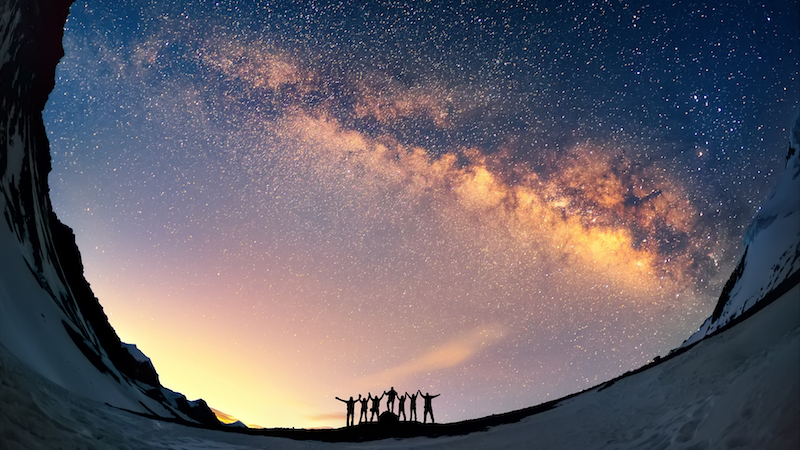 In the late summer, over 1,000 people were killed and another 41 million were directly impacted by floods and landslides resulting from torrential monsoon rains in India, Nepal and Bangladesh.

In Kenya, a three year long drought has affected 5.6 million people, with 2.6 million facing severe food insecurity. In the Caribbean, hurricanes – including Irma, the largest Atlantic hurricane on record – overwhelmed the island states, rolling back decades of development. In the face of such an onslaught, it’s easy to feel that the opportunity to tackle climate change is slipping from our grasp.

Yet in the aftermath of this terrible destruction we see what I believe to be our greatest hope in the fight against climate change – human solidarity.

For example, the people of Antigua offered refuge to all of their sisters and brothers from Barbuda whose island home felt the full force of the hurricane. The resurgence of community in a time of strife in places such as Antigua and Barbuda, as they came to terms with the devastation caused by Hurricane Irma is what is needed in the climate negotiations to achieve climate justice.

These acts of humanity are not a new phenomenon. Around the world, our histories, our cultures and even our languages bear evidence of the role that solidarity has played in shaping our societies.

There is an old tradition of cooperation in Ireland where farmers turn to each other at times of harvest to lighten each other’s load. This system is known as a Meitheal. In Kenya, the national motto Harambee, translated as “all pull together” from Swahili, has similar origins in community collaboration.

Nelson Mandela described the southern African philosophy of Ubuntu as “the profound sense that we are human only through the humanity of others” and this sentiment is echoed in the Sanskrit phrase Vasudhaiva Kutumbakam which translates to English as “the world is one family”. Faced with the existential threat of climate change, we must draw on this essential core of human unity and come to understand that it will only be through working together that we will overcome.

Practically, this means transforming our institutions of governance so as to enable all people to participate in the decisions that impact upon their lives.

Only a global community of equals can act in unison to bring about a transformation to a safer and fairer world. We must bridge the divide between communities on the front lines of climate impacts and the decision makers who are shaping national and international responses on climate change. By ensuring that the voices of those for whom climate change is a part of their lived experience are heard in the corridors of power, we can foster the empathy to act in solidarity.

But first we must change the language we use. The right to participate in decision making will be realised by reaching out to those most marginalised and building their capabilities to directly engage decision makers. But this cannot happen if the concepts being put forward seem impenetrable.

The technical jargon of climate change decision making – a world of mitigation, adaptation, market mechanisms and nationally determined contributions – is meaningless to most people and only serves to further alienate.

The onus is not on communities around the world to learn this obscure tongue. Instead we must develop new, inclusive ways of discussing climate change, rooted in our cultures and our shared identities. It must speak to the gravity of the situation we find ourselves in and inspire the determination to change course.

Then we must listen. As the COP Fijian Presidency has emphasised with their talanoa approach, we must learn from the experiences of those who understand the day-to-day reality of climate disruption and incorporate their traditional and indigenous knowledge into the global response on climate change.

Their collectively held knowledge is critical to successful, community-based climate action. Local and indigenous women’s voices especially are absent from decision making on climate change. In many parts of the world, women are responsible for the majority of the labour involved in growing crops and processing food after the harvest. This expertise ensures communities have the food they need to survive and must inform how we act in the face of climate change.

Finally, we must ensure transparency and accountability – not just between countries, but between decision makers and the people they represent. To fight the climate crisis we need leaders who are not afraid to turn to the people and ask them what needs to be done. A good leader cares for the future of their people and act in their best interests. They will act transparently because they have no reason not to, and they will be answerable for their actions. Such leadership can help to inspire inclusivity and solidarity. It can to help us find the best of ourselves and the courage necessary to sustain our world for future generations.

“Is ar scáth a chéile a mhaireann na daoine,” is an Irish saying that loses its magic when translated directly into English – “people live in each other’s shadows”. Its true meaning is that we rely on each other – we need each other to move forward.

For ministers gathered in Bonn, Germany, farmers struggling against recurrent drought in the Sahel or island communities struggling to hold back the sea in the South Pacific, may seem very far away. They shouldn’t. The decisions they will take this week are not technical nor political – they are simply about the dignity of people’s lives. And those people have a right to participate.