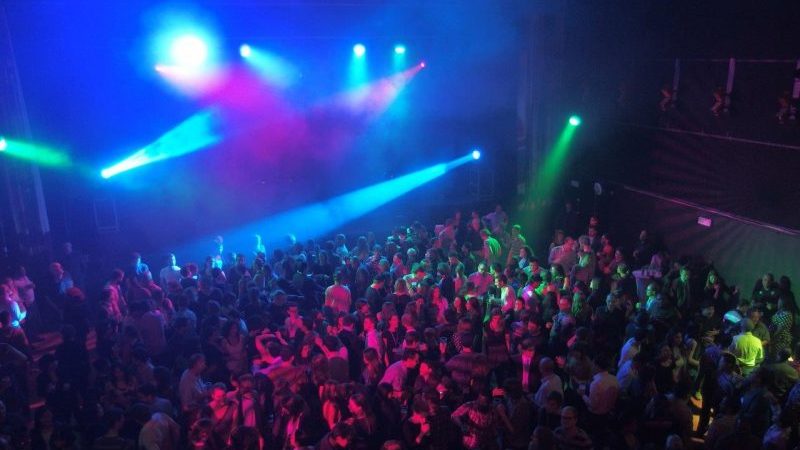 The NGO party is an institution at annual UN climate talks, taking place in the middle Saturday of the two-week conference.

Organised by Climate Action Network (Can), it is a space for campaigners and negotiators alike to let their hair down, open to anyone with a conference pass. It has also been identified as an event where some delegates have previously been groped or otherwise sexually harassed.

Ahead of Saturday night’s party, staff at Can’s Canadian branch have drawn up a safety package. As well as offering advice on consent and looking out for friends, the group has appointed safety officers at the party for people to report incidents to.

Reports may be escalated to the German authorities or the UN climate body where appropriate, the briefing advised. Consequences could include stripping the perpetrator of their accreditation to the talks.

In response to Climate Home News publishing #MeToo stories of sexual harassment at UN climate talks, a number of people have come forward to share their experiences.

Several people said they had experienced or witnessed inappropriate behaviour at the NGO party. Climate Home News is not aware of any incidents that were formally reported. That may reflect a lack of awareness of the protocol for raising complaints, or reluctance to prolong an uncomfortable experience, sources suggested.

One youth delegate shared the following story with Climate Home News, on condition of anonymity:

At the Can party in Warsaw, 2013, a male mentor dragged me to dance with him on the dance floor, and held my hands as I resisted, refusing to let me leave. After I managed to break free, I made an excuse to grab a drink at the bar, where a different male NGO delegate assaulted me.

At the time, I went and approached three separate men on my delegation and asked them to walk me home; they all declined. I ended up walking home alone at 4am in the streets of Warsaw.

Another woman who has attended multiple climate summits said such stories were not uncommon. “We have all been groped at the Can party,” she told Climate Home News privately.

Cindy Baxter, a regular at the talks, said she had witnessed sleazy behaviour. “One high-ranking delegate used to be regularly seen on the dancefloor preying on young women. He was revolting,” she said.

The % of people who have been sexually harassed at the CAN party for example is utterly ridiculous. Seriously it is unsafe. https://t.co/eEIbinwr0D

A notice advertising the party on TV screens around the Bonn conference venue on Saturday morning included a reminder of Can’s “zero-tolerance policy regarding all forms of harassment”.

Wael Hmaidan, executive director of Can International, said the organisation was taking independent advice on how to safeguard partygoers. “We are ensuring that an independent, robust process is in place that makes it as comfortable as possible for people to step forward,” he told Climate Home News.

Hmaidan said that only one incident of groping at a Can party had been reported to him personally. Security was informed and the perpetrator left the venue, but was not positively identified and the victim did not wish to take further action, he said.

Nick Nuttall, a spokesman for UN Climate Change, said: “Incidents outside the UN climate conference, for example in the city of Bonn, would have to be reported to the relevant authorities, which would be the local police.

“If necessary we will take appropriate action in line with UN policies which may include the cancelling of the person’s badge and subsequent attendance at the 2017 conference.”

One respondent to Climate Home News’ confidential online form said they worked at the UN climate secretariat from 2010 to 2011. “There were several cases of sexual harassment reported during the time I was there,” the person said, adding that most of the ones they heard about related to UN climate staff.

UN Climate Change refused to disclose the number of sexual harassment cases it has handled in the past decade, or what the outcomes had been. “This is an internal and a confidential matter,” said Nuttall, “but as has been stated, we take this matter very seriously on the principle of zero tolerance.”