Persistent sexual harassment at international climate negotiations wore me down, writes Meera Ghani, who quit working on the issue after 15 years 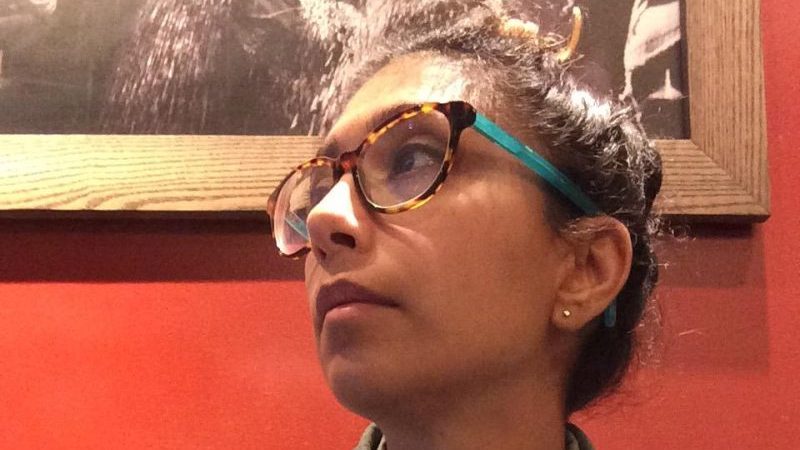 I left the climate movement a year ago because I felt it didn’t value me or honour the people who dedicated their lives to the cause. It wasn’t my truth any more and was taking a toll on my health.

At international negotiations, I suffered belittling comments, harassment, objectification and in some instances groping. It was not the most extreme abuse I have experienced – I am also a survivor of assault, in a different context – but it was persistent and it wore me down.

I had been a part of the climate movement for close to 15 years, often wearing different hats but always putting in the long hours.

As a petite woman of colour, I was frequently infantilised and told I was “cute”, to be followed by an unsolicited touch, hug or even being lifted up by men I barely knew. Sometimes I was asked to meet with someone, not because of my expertise, but because they thought the person would find me attractive and reveal information.

When men made unwelcome advances on me, my colleagues advised me to brush it aside. This was how things worked at the UN talks, they said: it was “no big deal”. I never reported these incidents to my bosses, because I was not confident they would be taken seriously.

Once, during an informal negotiation at the Copenhagen summit in 2009, where I was negotiating on behalf of Pakistan, some of the delegates huddled together to consult. I felt a hand on my backside but dismissed it, as people were standing quite close together in a small space.

As there was little time to come to an agreement an email list was created for those interested to continue the discussions. As soon as we all were seated I got an email from the minister sitting across the table from me, who represented a different national delegation to mine.

I opened it, expecting a work-related message. To my horror, it was an invitation to go away with him for a weekend trip. I showed it to my colleagues, who were also shocked but advised me not to report it. He sent two or three further emails and all I could do was ignore them, just smiling politely when I ran into him.

The most difficult situation for me concerned a senior negotiator who I had to at times work closely with. It all started with exchange of phone numbers – for professional purposes, or so I thought – and only ended three years later in 2013, when I went on maternity leave.

At first the texts appeared benign: mostly work-related with a “hug” at the end. Then he started telling me how my smile was beautiful, how my eyes made his heart flutter, and how he wished he could give me a hug. I would get these texts during meetings, where we would be sitting across from each other, or when my face appeared on the big TV screens in the meeting rooms. They would continue when we were back in our respective countries with our respective families.

I told only a few friends, who had similar stories to share about his behaviour, but there was an unspoken consensus around not taking further action.

Unfortunately, I could not avoid him. I often had to meet him outside of the negotiations at other meetings and even had to invite him to events that I was organising, as he was an influential negotiator and had sway over one of the bigger negotiating blocks.

Now that I am writing about it, I can’t help but feel a tinge of shame for having let it escalate, for not having said something earlier or telling the person more emphatically that his behaviour was unacceptable. But the harassment progressed so gradually, it is only with hindsight I can see it for what it was. To this day, I find it hard to talk about and am afraid to name him.

The atmosphere of the UN talks makes it particularly difficult to speak out. Firstly, there are many jurisdictions and any accusation could quickly become a diplomatic incident. Secondly, information is the only currency at these talks. Information is gold. So many women end up in compromising situations in order to get access to this information. And those who have the information hold all the power.

As we have seen exposed in other industries, those who are in positions of power can not only get away with predatory behaviour, but also rise up the ranks. Being an influential actor within these negotiations gives you celebrity status. Men and women hang on your every word, trying to get meetings with you and get you to support their demands. This are also questions of male entitlement in a patriarchal system where masculine traits like competitiveness, aggression and bullying with a touch of narcissism define and drive success.

There many predators that you are warned about and stories that you hear on the grapevine but never see the light of day. I have often held space for friends and colleagues experiencing harassment, which happens as much in the NGO world as any other sector.

As well as offering emotional support, I have raised some friends’ complaints to senior management or board members, but nothing has come of it. It is often the women who get ostracised or marginalised, not the perpetrators. Some end up leaving the movement, as I did. I feel the movement is the worse for it.

As my friend and collaborator Farhana Yamin wrote in her article, we need to educate, train and empower women to take leadership roles but also to support them better when things go wrong. Discriminatory practices and chauvinistic attitudes negatively impacting women are still with us and require systemic shifts.

The announcement of a dedicated channel to report incidents by the executive secretary of the UN climate body, Patricia Espinosa, is welcome. So too is the affirmation from the Fijian presidency of the talks going on in Bonn right now that there is no place for harassment at climate negotiations.

But we need to think longer term and more holistically. As Espinosa said, we need more resources. It can take a lot of courage and legal capacity to formally report a case.

For us, it is important to identify the gaps not only in the grievance procedures but also to make sure people have the resources to actually use them. And we need to change the toxic culture in the movement, which is rife with discrimination, bullying and harassment.

We are asking women to contact us on [email protected], not because we have all the answers, but so we can kick-start a conversation that might help us, men and women, design systems of solidarity, self-care and safety. We want to create a culture of care within the climate movement consistent with its principles of equality for all.