Sexual harassment policies publicised on first morning of two-week meeting in Bonn, after top lawyer warns talks may not be safe for young women 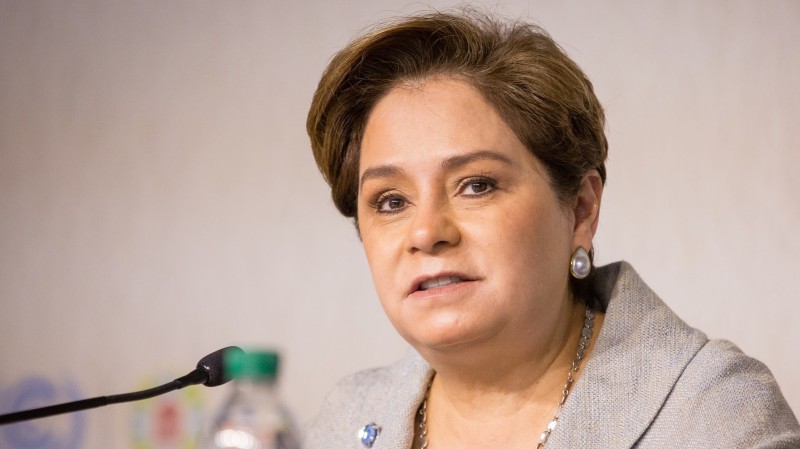 The UN climate body and a prominent NGO network said there would be zero tolerance for sexual harassment at climate talks, which started in Bonn on Monday.

In response to reporting from Climate Home News, for the first time, the daily programme issued by the UN secretariat included notice of its zero harassment policy and details of how to report incidents.

Its lead diplomat Patricia Espinosa spoke about the personal significance of the issue to her, when asked by Climate Home News at an afternoon press briefing.

Since taking the UN job, Espinosa said she had sought to strengthen its activities on gender issues – although not everybody saw it as central to the climate agenda. “It is not easy to really get the resources to have a dedicated team for that,” she said.

“We have assigned the gender focal point in the secretariat to listen to any [harassment] situation that could arise,” Espinosa added. “As you know, there are many situations where people do not come forward formally… it takes a lot of courage. I hope by strengthening the capacity to deal with that… we can look in the future to a situation where everybody is comfortable coming forward.”

Espinosa said she did not know how many complaints about harassment the UN climate body had received. The secretariat has not responded to emailed questions on this subject.

Nazhat Shameem Khan, chief negotiator for Fiji, which is presiding over the two-week Bonn meeting, welcomed that stance.

“Sexual harassment is a barrier to the advancement of women,” she said, adding that there was also a problem with women being bullied in the workplace because of their gender.

On Sunday, Farhana Yamin, a lawyer who has been involved in UN climate talks since the early 1990s, spoke out about harassment she experienced earlier in her career. Expressing fears that the problem was under-reported, she urged others to tell their stories and called for action to safeguard younger women, in particular.

Climate Action Network (Can), which coordinates several campaign groups at the negotiations, also used its morning meeting on Monday to advise members about how they could raise complaints.

Wael Hmaidan, executive director of Can International, said that it had brought in the policy as a matter of principle and not in response to any specific incident. This was an extension of the policy already in place for the organisation’s staff. “We should have done it of course a long time ago,” he said. “It is important for all of us to care about.”

CAN organises a party at each annual UN summit, where negotiators, campaigners and other delegates mingle. A number of attendees have privately told Climate Home News they experienced or witnessed groping at one of these parties.

“The CAN party aims to break the formal wall between different stakeholders,” said Hmaidan. “But the fact that you are trying to bring them closer and more informal brings the possibility that it gets too close and makes people feel uncomfortable.”

The majority of incidents that had previously come to his attention did not take place at the annual party, Hmaidan stressed. He cited problems some younger participants had had with being eyed up by security, getting asked “do you have a boyfriend?”.