It’s time for new climate governance – from below

Sponsored content: The Bonn climate talks will see a huge push from local and state governments who are driving climate action everywhere 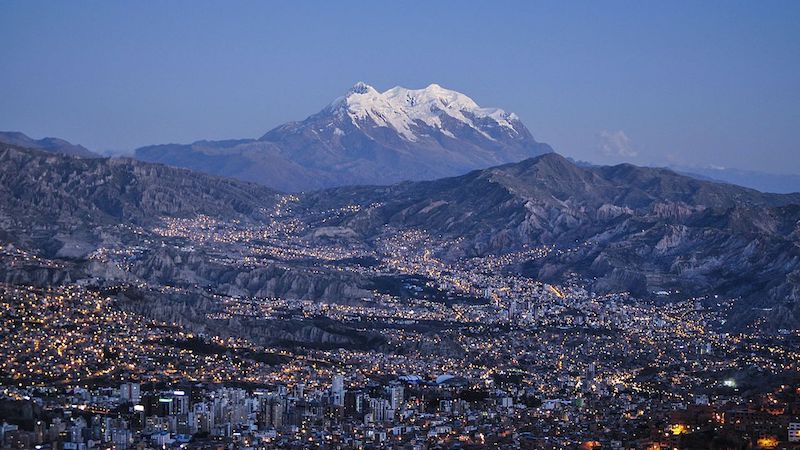 The mayor of La Paz, where shrinking glaciers are causing water shortages, will speak at a gathering of regional and local governments in Bonn (Photo: EEJCC)

Next fortnight, from Bonn, the world is looking for clear signals that global climate action is unstoppable and irreversible.

Following the adoption of the Paris Climate Agreement in 2015, nations worked quickly to enter it into force less than a year later.

There has been a lot to celebrate in the climate action community, even as public concern heightened when the US reversed course on climate action. Their decision left a void in global climate action, but 375 US mayors immediately stepped up, joining thousands of businesses, investors, states, counties and university in the “We Are Still In” pledge to uphold the Paris Agreement.

The dedication of US mayors and local and regional leaders from all over the world is sending a clear signal that climate action is moving forward. Now, as nations gather at Cop23 in Bonn, mayors, governors and other subnational leaders are encouraging them to swiftly define the rulebook for how implementation of the Paris Agreement will move forward, while laying the groundwork for collaboration across all levels of government and across sectors and stakeholder groups.

Local and regional governments are fully behind and are a demonstrably vital part of the grand coalition between government, civil society, businesses and all other climate stakeholders, which, with the encouragement of the prime minister Frank Bainimarama of Fiji, the incoming Cop president, is quickly taking shape as Cop approaches. During the full two weeks of Cop, and at the Climate Summit of Local and Regional Leaders on the 12th of November, city and regional leaders will show their actions, their commitments and the full momentum of subnational action.

What local and regional governments bring to the table has an important role in advancing global climate action. There is a 15-22 gigatonne gap between the current climate commitments nations made in their Nationally Determined Contributions (NDCs) and the respective emissions reductions needed to stay on track to limit the global temperature rise to 2C or 1.5C. Subnational action can help bridge this gap and support national governments as they raise their climate commitments in the coming years.

Now is the time for this to happen and for a new climate governance to take hold, where nations work closely alongside their subnational counterparts. In 2018, nations will prepare to take stock of global progress at the 2018 Facilitative Dialogue, marking the beginning of a process in which they submit new and higher targets every five years. As part of this process, it is vital that nations shape climate policy to support and raise subnational climate action, while integrating subnational commitments into national target-setting.

At Cop23, local and regional leaders aim to make this message quite clear. They are partners in climate action and are coming together to affirm their own commitments. The Climate Summit of Local and Regional Leaders will bring together over 1,000 delegates and over 320 political leaders. It is a strong signal to nations and the world that the grand coalition to advance climate action globally is taking shape and that it is durable.

Local and regional governments will show their global leadership at this Cop, through coalitions like the Global Covenant of Mayors for Climate & Energy and the Under2 Coalition. They will also send a reminder that the global climate architecture is critical: They need supporting frameworks and financing mechanisms to be customised to match their priorities. They need better access to national funding, private finance and markets.

Now is the time to keep attention focused on the climate talks and to tune into the work of all actors: nations, local and regional leaders, businesses and civil society partners. The world is looking for a signal that nations are moving climate action forward and that the momentum built in Paris is unstoppable. Local and regional governments will be at Cop23, ready to send that signal.

Gino Van Begin is secretary general of Iclei – Local Governments for Sustainability. Climate Home News is a partner at Iclei’s Climate Summit of Local and Regional Leaders, which will take place in Bonn on the 12th of November.