Indigenous peoples are dying in a global war for their lands

Comment: Ten years after the UN recognised indigenous peoples rights, they remain on the frontline, defending the biosphere on behalf of us all 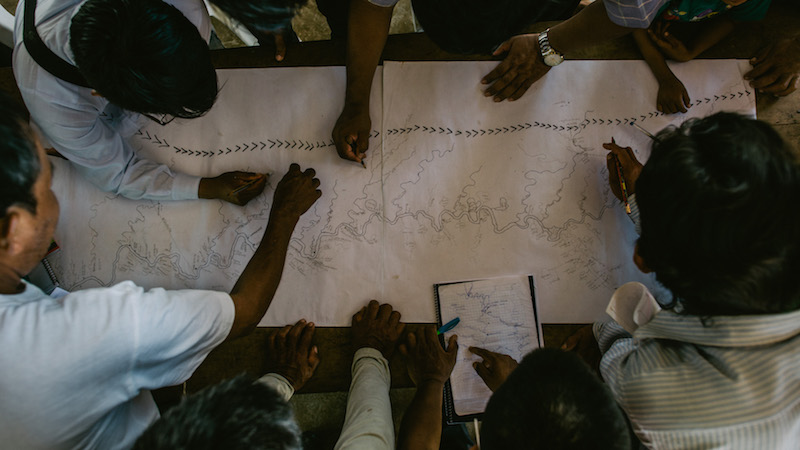 Members of different communities of the Wampis Nation mapping the traditional use of territory along the meandering Morona river, Peru (Photo: Jacob Balzani Lööv)

Imagine your survival depended on defending the right to live where you are standing right now.

Any day, the government could decide to start extracting oil or constructing a highway, exactly where your family goes to sleep every night, without consulting you. Just picture the mine or highway polluting the water you drink and poisoning the soil up to a point that crops can hardly grow. On top of this, every day you are pushed to speak a foreign language in a country that endangers your culture and way of life.

This scenario is not fictitious. It is a reality for many of the 370 million people worldwide who are indigenous. If there could be a simple way to define them, we can agree that they are the living descendants of the pre-colonised inhabitants of lands now dominated by others.

Ten years ago on Wednesday, indigenous peoples around the globe achieved the most substantial victory to protect their lands: the United Nations Declaration on the Rights of Indigenous Peoples (UNDRIP). 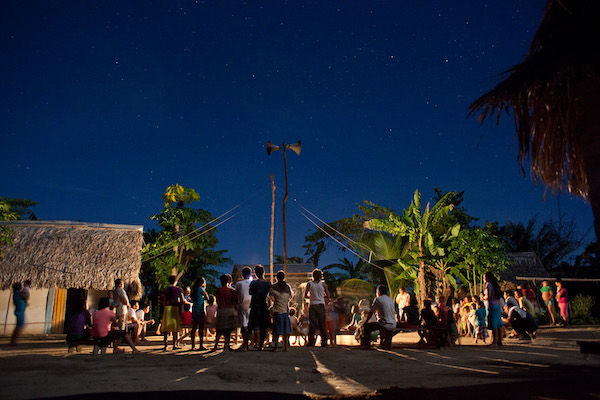 The adoption of this declaration has been a breaking point, given the fact that 144 countries reaffirmed that indigenous peoples are entitled without discrimination to all human rights recognised in international law. Since 2007, the UNDRIP has guided global efforts to overcome and repair the historical denial of their most basic right to ancestral lands and self-determination.

This was possible by recognising indigenous peoples possess collective rights as a group, meaning indispensable rights to be able to exist. This is perhaps the reason why many find it difficult to relate to their struggles, since dominant societies base policy making and development actions on the protection of individual rights, such as the right to property or privacy.

Representing 5% of the world’s population spread over 70 countries, today indigenous peoples have gained increasing visibility for raising their voices on aggressive development policies.

As the world moves fast to explore and exploit new territories to meet increasing consumption, indigenous peoples are at the top list of those murdered for defending their land. Almost 130 environmental activists have been killed so far in 2017, and indigenous communities are the ones suffering most from the expansion of mining.

In a week from now, four activists defending their lands or natural resources are expected to be killed. Most of them will be indigenous peoples resisting illegal extractions in Latin America.

This global trend is not a coincidence. Indigenous territories are the richest in biodiversity and today more than ever they are becoming the new battleground for human rights. 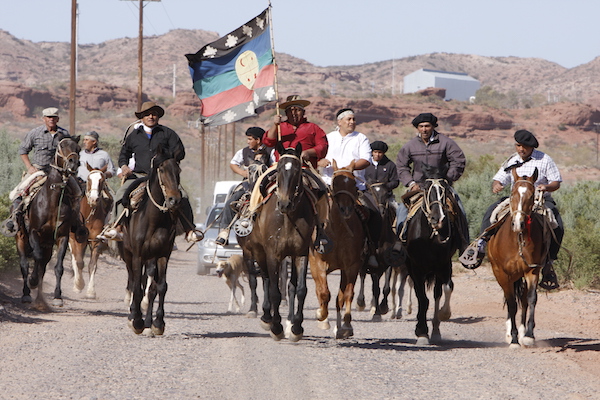 Extractive industries are a concrete threat to indigenous communities. They are the ones who open op their homelands to fill the pockets of agribusinessman advancing monocultivation in of soya in Brazil or forcing evictions in the name of wildlife conservation in Tanzania.

Profit wins over rights. Venezuela approved the creation of AMO (Orinoco Mining Arc) region, a mega mining project that will give access to 150 companies from 35 countries to 12% of the national territory. In the meantime, indigenous land demarcation has only met 13% of the cases in the last 17 years.

Aggressive developments like this can also be worsened by a context of militarisation. In the Philippines, the expansion of oil palm in Mindanao does not involve indigenous communities and carries on violations of rights with the complicity of government officials.

Another is the case where climate change triggers land disputes. In Kenya, the recurrent drought bring clashes between Maasai pastoralists and farmers. The chain of events is pretty straightforward: when there is no water, no grass grows and pastoralists’ cattle starve to death.

No matter which region of the world we zoom in, indigenous peoples are left unprotected to defend what is theirs. If states and business fail to protect those last standing on the diversity we all depend on, what else would be there to be exploited?

Suppressing their demands, will have an impact on how our planet will look like if extraction keeps expanding. Many would think this gap has nothing to do with protecting the environment, but it does to a great extent.

Indigenous peoples have demanded environmental justice way before climate change became a mainstream issue. Today we have a chance to lift up their declaration and take their land rights seriously to ensure we all have a land to stand on.

Pamela Jacquelin-Andersen works at the International Work Group for Indigenous Affairs (IWGIA), based in Copenhagen, Denmark.