Comment: De Brum, who witnessed the destructive power of nuclear weapons as a child, won justice for his tiny country against formidable economic and political odds 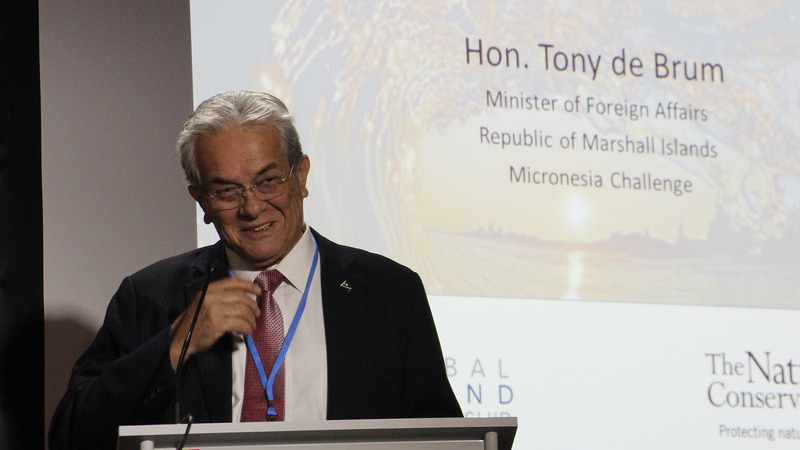 When he was still a child the US, the colonial power in the Marshalls at the time, conducted a programme of 67 nuclear tests that saw many hundreds of Marshallese displaced after their atolls were blown up and irradiated.

Many years later, De Brum recalled viewing the mother of these explosions – the 1954 Bravo shot – while fishing with his grandfather 200 miles away. The pair were suddenly blinded, he said, as if the sun had grown across the entire sky. Then everything, the palms, the sea the fishing nets, turned red. Later, a fine irritating white ash rained down, like snow, he said.

With the force of 1000 Hiroshima bombs, the Bravo test reshaped Bikini atoll, and de Brum’s life, forever. The displacement of the islanders of Bikini and other atolls, as well as the deaths due to radiation, is a legacy the Marshall Islands still struggles with today.

This childhood memory became de Brum’s creation story and a pivotal experience he often used to explain the path his life took. He was one of the first Marshall Islanders to graduate from university and became his country’s chief negotiator in their attempt to receive fair reparations for the annihilation and poisoning of their land. 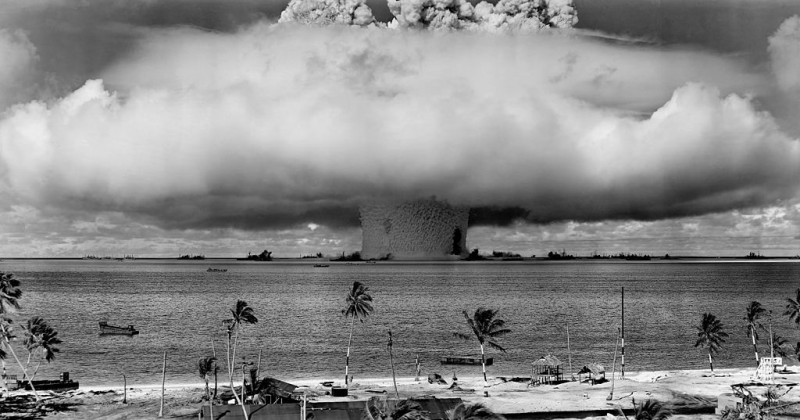 The “Baker” explosion, a nuclear weapon test by the US military at Bikini Atoll, Micronesia, on 25 July 1946.
Photo: United States Department of Defense

He was a key figure in achieving the full independence of his country in 1986 on terms that granted Marshall Islanders a compact of free association and $150m compensation for the damages caused by the tests. This deal has since been criticised, by de Brum himself as well as others, as inadequate compared to the costs that continue to be borne by the Marshallese.

While in recent years de Brum has become associated with climate action, his anti-nuclear crusade was the work of his lifetime and extended beyond the interests of his people. In 2014, under his ministry, the Marshall Islands launched a legal attack on the US government, accusing them of breaching the terms of the Nuclear Non-Proliferation treaty (NPT). In the same year he was the architect of a landmark case in the International Court of Justice that charged nine nuclear powers with failing to negotiate nuclear disarmament in good faith.

Speaking to assembled NPT members last year in New York, he said: “Because no one ever considered the humanitarian impacts of nuclear weapons, the Marshallese people still carry a burden which no other people or nation should ever have to bear. And this is a burden we will carry for generations to come.”

He received several awards for his anti-nuclear activism and was nominated for last year’s Nobel Peace Prize.

De Brum lived on the capital atoll of Majuro and became the patriarch of one of the island’s largest and most successful families. During a long political career, de Brum served as minister for health, minister for finance and minister in-assistance to the president. He was three times foreign minister – most recently until 2016 before losing his seat in parliament in a cutthroat federal election. It was in this role that he became a prominent voice in the global response to climate change.

Mirroring his nuclear diplomacy, de Brum was a relentless pursuant of justice in the climate arena. The Marshall Islands are low-lying atolls, especially vulnerable to climate change. It is thought that an increase of 2C, for years the widely accepted upper limit of “safe” warming, would cause enough sea level rise to make the Marshall Islands uninhabitable. King tides already cause mayhem as they sweep through villages and crops.

Outgunned by vast economic and political forces, again and again de Brum returned to the key moral argument of climate change: how can the countries that have created the problem allow his country to suffer? In this refrain, he was able to draw from the nuclear politics that forged his youth and world view.

The appeal to justice afforded de Brum, and representatives of other small, vulnerable countries, a status disproportionate to their tiny populations and GDP. 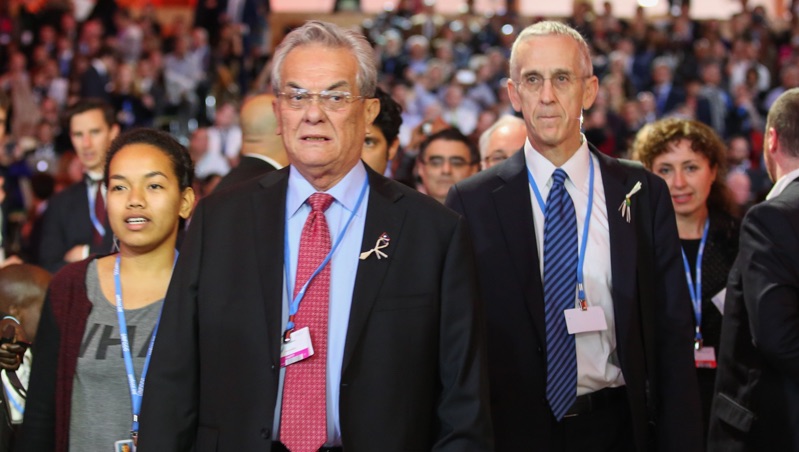 Other atoll nations have begun to make heavy-hearted evacuation plans. But de Brum, remembering the effects of nuclear dislocation, would never countenance this thought.

“Displacement is not an option we relish or cherish and we will not operate on that basis. We will operate on the basis that we can in fact help to prevent this from happening,” he told the Guardian in 2015. Ever the operator, he also regarded this as a fine way to give away your bargaining position at climate negotiations.

While speaking truth to power, de Brum did not neglect his country’s own rogue industry: shipping. During his lifetime, the island became the second largest flag registry in the world, enabling a lightly regulated sector with a growing carbon footprint.

In reality, the business of registering ships operated out of Virginia, US, with little benefit to islanders. But it relied on the Marshallese government for legitimacy and de Brum knew leverage when he saw it. He shocked the registry’s representatives to the International Maritime Organization in 2015 by claiming the country’s seat to make an impassioned plea for emissions reductions at sea.

His intervention shook up the industry-dominated forum, launching a – still slow – process of setting climate goals that has been taken up by other island leaders.

De Brum’s canny political mind – forged amid the ruthless island politics of his home country – was central to the establishment of the “high ambition coalition”. This group of likeminded nations met in secret on the side of climate negotiations throughout 2015 before breaking cover at a critical moment during the Paris climate talks at the end of that year.

“1.5 to stay alive” was de Brum’s catchphrase at the Paris conference. He assured the world that the Marshall Islands would no longer exist if the agreement only limited the world to 2C of warming. Yet many scientists believe the goal to be quixotic. With global temperatures already 1C above average and climbing rapidly, the window is closing for the Marshall Islands.

The intervention of the coalition contributed to a last minute push for a stronger deal, which succeeded in scripting a lower temperature limit of 1.5C into the final agreement in December 2015. The inclusion was an unexpected diplomatic victory and in it de Brum can be credited with chipping out a fingernail hold for his country’s future.

For the Marshall Islands’ closing statement in Paris, he ceded the floor to 18-year-old Selina Leem. “This Agreement should be the turning point in our story; a turning point for all of us,” she told an emotional room.

On his islands, de Brum leaves behind a wife, three children, ten grandchildren and five great grandchildren, including one born this month.