Comment: The more effectively we suppress fires, the worse they become. As climate change makes the world more combustible, we need a new approach 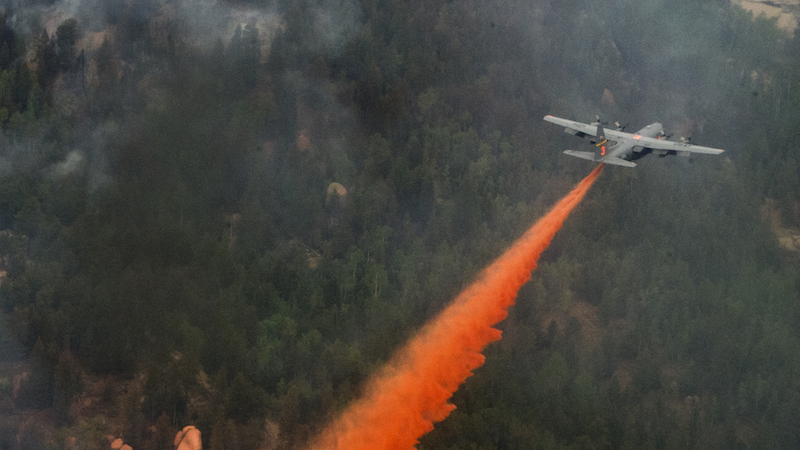 In 1910 Ed Pulaski, a US Forest Service ranger, rounded up his men who were fighting a forest fire in dense conifer forests in northern Idaho and forced them, some at gunpoint, to take refuge in an abandoned mine shaft.

The Pulaski tunnel (now a tourist site) represents the dramatic historical moment when ad-hoc approaches to controlling wildfire were shown to be utterly inadequate – this heroic failure provided the impetuous for the US Forest Service to declare total war on fire.

Nearly all of Pulaski’s men survived the conflagration, one of thousands of fires that burnt across Idaho during an extremely hot and dry summer, an event now known at the ‘Big Burn’. The sheer ferocity, geographic scale and destructive power of the 1910 Idaho fires shifted the focus of the US Forest Service (USFS) from forestry toward fire fighting.

This led to the development of networks of fire towers to identify wildland ignitions. They would be extinguished by teams of trained forest fire fighters, many of whom use a combined ax and mattock invented by, and named after, Ed Pulaski.

The iconic mascot Smokey Bear was created by the US advertising industry to promote forest fire awareness. The USFS fire fighting policy evolved to a mandated extinguishment of any new forest fire ignition by 10am the following day, with some managers demanding that the fire size was kept below 10 acres.

This total war on fire also drove innovation. In the early 1960 the USFS established Fire Lab at Missoula where an aeronautic engineer, redeployed after the defence department project he was working on was cancelled, developed the first mathematical description of fire, creating the foundation for predictive fire behaviour modelling.

On the same campus as the Missoula Fire Lab is the base of the famous Smoke Jumpers. Extraordinarily brave and fit young men and women are trained to parachute into remote areas to rapidly extinguish fires before they become uncontrollable.

Although aerial fire fighting roots preceded World War II, approaches became perfected after the war when there was surplus aircraft and pilots. Bomber aircraft were modified to drop specially developed fire retardant. Indeed, experiments were undertaken to modify surplus munitions to create giant water-bombs – an approach that was never pursued because of collateral damage – and use aircraft for ‘cloud seeding’ in an attempt to disrupt thunderstorms and hence stop lightning ignitions.

This history is important to understanding the growing crisis in wildfire management globally.  On the face of it these developments should be welcomed, as powerful and mature aerial fire fighting techniques can clearly help stem the destructive impacts of fires.

But there is a very big catch. The US approach is proving to be ecologically and economically unsustainable – especially in an era of increasing fire threat due to climate change. Total fire suppression has created the ‘fire suppression paradox’: the more effective suppression is the worse fires become. Fuel that would historically have been burnt by lightning or indigenous people builds up, resulting in catastrophic fires that are uncontainable regardless of the available technology.

The fire suppression paradox also has another unintended and counterproductive consequences: communities come to believe flammable landscapes are safe, resulting in increasing urban sprawl into wildlands that are primed to burn. This massively increases the risk of loss of life and property and the inevitable, tragic loss drives further investment into aerial fire fighting.

Climate change is turbo-charging this feedback – fire seasons are worsening, fire disasters are becoming more destructive, and hence demands for more investment in aggressive fire fighting are growing worldwide. Collectively this is creating a dangerous and economically and ecologically unsustainable fire-suppression spiral.

A large industrial complex has sprung up around the construction, maintenance, and deployment of aircraft across North America and increasingly in Europe. The existence of such powerful technologies are difficult to resist politically – the community and politicians want to see aircraft used, even if the fire managers know that their deployment is going to be ineffective.

So seductive are aerial fire fighting techniques environmentalists promote their greater use. Contractors and their lobbyists also make sure aerial fire fighting is high on the political agenda. Aircraft are getting bigger and more sophisticated. A good example is deployment of the world’s biggest fire bomber Boeing 747-400 Supertanker – a modified jumbo jet based in Colorado but in service worldwide.

Such capitalisation in equipment means it must be deployed frequently. Increasingly aircraft move between the northern to southern hemispheres, tracking the fire seasons year round. For instance, the Supertanker was sent from the USA to tackle recent fires in Chile and Israel. The recent Tasmanian wilderness fires saw a truly massive increase in the use of aerial fire fighting, including the first fire retardant in Tasmania Wilderness World Heritage area, a big step given the costs and possible longer-term environmental impacts of the chemicals. This explains how that fire season cost over $50 million dollars vastly eclipsing the cost of previous most costly fire season of 2013.

Overlooked are the enormous costs associated with aerial fire fighting, including the risks of crashing aircraft that must be flown under extremely hazardous conditions. Last year a single fire in the USA racked up a bill of over $250 million, with fire fighting now consuming over half of the USFS entire annul budget. Indeed, the reliance on aerial fire fighting in the US may cause the Forest Service to crumple under the fiscal strain. Collectively fire fighting is costing the American taxpayer billions of dollars every fire season.

Governments and taxpayers must be careful what they wish for. Aerial fire fighting is a critical but expensive tool for managing wildfire. Because wildfires will become more frequent and severe due to climate change there is no question we need aerial fire fighting technology – particularly helicopters and specially trained crews that can be inserted into remote areas. But uncritical belief and investment in aerial fire fighting technologies alone is a road to fiscal ruin. Thoughtlessly investing in aerial fire-fighting will not meet the formidable fire management challenges that are being amplified by climate change.

Fire bombs Pt 3: why is the Mediterranean burning?

A fraction of the US investments in aerial fire fighting redirected to preventative fire management, such as planned burning and strategic vegetation thinning, retrofitting poorly designed housing and training ground crews could yield a much bigger bang for the buck, as well as providing year round employment for rural communities. The media optics of aerial drop of bright red fire retardant from a thundering fire bomber comes at considerable environment and social costs and engenders a dangerously false sense of security in a rapidly warming and more combustible world.

David Bowman is a research professor at University of Tasmania and recognised global leader in fire ecology and management. He is currently undertaking a study tour of fire disasters in North and South America support by Catholic University Valparaíso Chile, Montana State University, University of Idaho USA and University of British Columbia Canada.

The article was amended, it originally said that the 2016 Tasmanian fires saw the first use of fire retardant. That is incorrect.